The Light Flyweight Edition OTB Caption ContestTM is now over.

The Light Flyweight Edition OTB Caption ContestTM is now over. 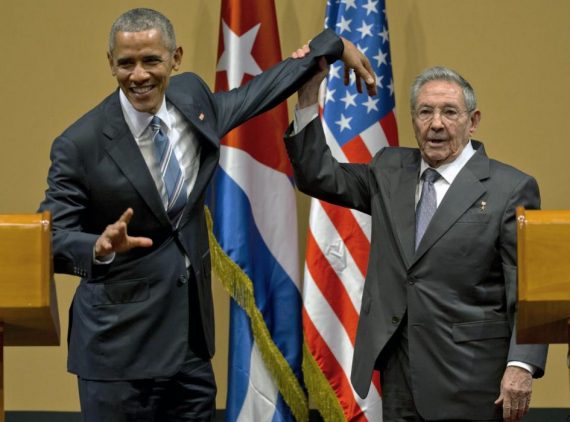 Mu – I tried the “socialist viagra”. It left me this short and at that funny angle.

RockThisTown – Will the real limp-wristed dictator please raise your hand?

C. Clavin – I defeated all those pu$$y Cubans who sit in Miami and whine but don’t even try to do anything about it…I sure ain’t gonna take nuthin’ from this limp-wrist.

Paul Hooson – “Mr. President, what is the best thing that Cuba can import to improve her economy?”. “Jews…”.

Jc – When going hard to the net with capitalism in Cuba, expect to be fouled.

Raoul: “I haven’t had this much fun waving someone’s arm since Fidel’s stroke.”

“See, you can put limpstick on a pig.”