The Thumbs Up Edition OTB Caption ContestTM is now over.

The Thumbs Up Edition OTB Caption ContestTM is now over. 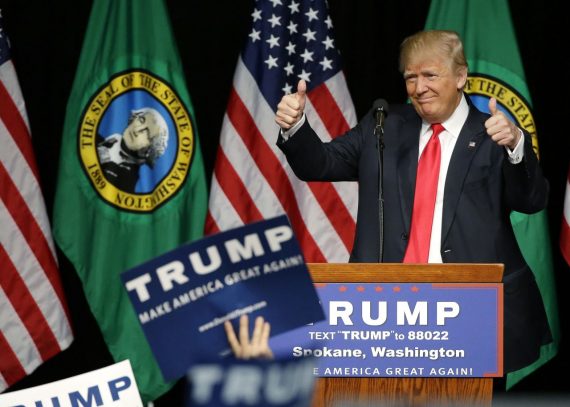 First: DrDaveT – It’s not that my fingers are short; it’s that my thumbs are yuuuuge.

Second: Franklin – Republicans finally find an answer to the race card: they play the Trump card.

Hal_10000 – Closer inspection of the flags in the background revealed tears coming out of the eyes of George Washington.

David in KC – No caption needed, Rump says it all.

RockThisTown – “This is the number of hair stylists I will name to my cabinet.”

CSK – “It’s bigger than both my thumbs put together! It’s yuuge. It’s so big it will make your head spin. In fact, you will get bored with how big it is.”

“I’m so talented I can give myself a big thumbs up… I don’t even need John Miller.”

“I declare a thumb war!”

“I’ve upped the political standards… so now up yours.”

“Make America Say “Up Yours” again”

In his case they’re definitely opposable