The Front Runner Edition OTB Caption ContestTM is now over.

The Front Runner Edition OTB Caption ContestTM is now over. 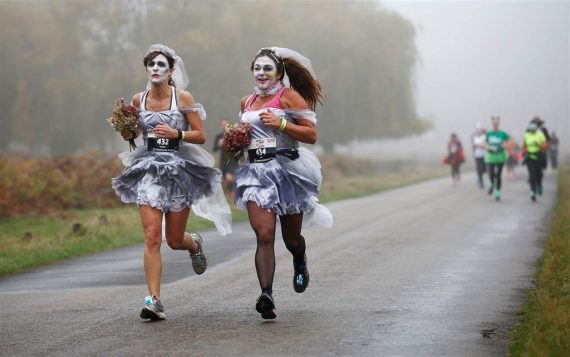 First: Jc – The turnout for the annual “Win a Date with Doug Mataconis 5k” met expectations

Third: CSK – Auditions for the remake of Bride of Chucky were unusually demanding.

Paul Hooson – Strangely, nearly as horrifying as that napalm girl photo from the Vietnam War…

RockThisTown – Brain-dead Hillary voters rush to the polls before an indictment.

“This campaigning sure is hard Hillary.”
“Shut up, and keep running Huma.”