The Don't Dream It, Be It Edition OTB Caption ContestTM is now over.

The Don’t Dream It, Be It Edition OTB Caption ContestTM is now over. 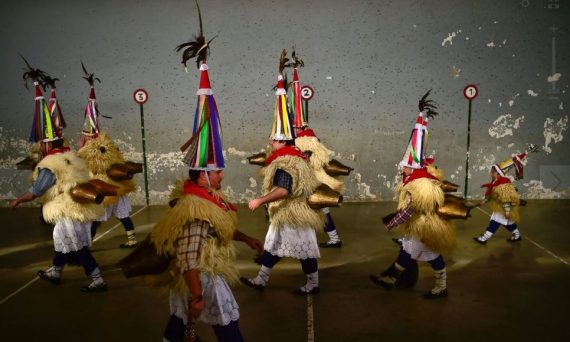 Second: Mu – In the 21st century the fart amplifiers where only worn for decorative purposes.

Third: barbintheboonies – I am sorry, but I don`t think Russian football will catch on world wide.

Flat Earth Luddite – Boy, Bannon, I had the weirdest dream last night… but at least this one didn’t have vikings in it. Yugest biggest bestest dream ever!

Franklin – I hate to agree with Steve Bannon, but it looks like multiculturalism has finally gone too far.

Aelio – Trump demanded they cut costs in the F-35 program so someone came up with a new design that attaches the jet engine to the pilot’s body directly.

Members of the Alt-Right are easier to identify than previously thought.