Dave, James, and Alex all did an excellent job this morning of laying out the various problems with America’s current strategy in Afghanistan. I don’t have much to add to their points, but I do think its worth taking note of a new Rasmussen poll that shows that public support for the Afghan War is once again falling:

A massive suicide bombing last week pushed the number of U.S. casualties in the war in Afghanistan over the 1,000 mark, and voter confidence in America’s handling of that war continues to fall.

A new Rasmussen Reports national telephone survey finds that only 41% of Likely U.S. Voters now believe it is possible for the United States to win the nearly nine-year-old war in Afghanistan. Thirty-six percent (36%) disagree and say it is not possible for America to win the war. Another 23% are not sure.

Just before President Obama announced his new strategy for the war last December, only 39% thought a U.S. victory was possible, while 36% disagreed. But confidence that America can win jumped to 51% after the president’s highly-publicized strategy was declared. But support began to decline after that.

In fact, 48% now say ending the war in Afghanistan is a more important goal than winning it. Forty-two percent (42%) place more importance on winning the war. Voters have been almost evenly divided on this question for months.

The most interesting thing about the decline in support for the war is the fact that, for the most part, the war itself has not been at the top of the public agenda for months now. Even the reports of new casualties are typically relegated to short piece on the evening news, or the interior pages of the newspaper. There haven’t been any “bring the troops home” protests that are in any degree comparable to the protests during the height of the Iraq War. In fact, during the years that public support for the Iraq War was steadily declining, support for the War in Afghanistan remained relatively steady, partly because of the perception that the war was a necessary part of the “War on Terror.”

So why has it declined?

Several factors come into play, I think. The length of the war itself, and the overall public weariness that creates is certainly a part of it, but I would suggest that a significant factor is the growing perception that Afghanistan no longer has as much to do with the fight against al Qaeda as it did in 2001, and that our continued presence there is only serving to keep in power a regime of questionable legitimacy and questionable loyalty. Combine that with the fact that neither the Bush Administration nor the Obama Administration have ever provided the public with a clear idea of what “victory” in Afghanistan means, and you’ve got all the factors you need for a war that the public can do without.

Politically, this is interesting because it suggests that President Obama would not pay a significant political price for reversing his previously announced strategy and going forward with a withdrawal. Yes, the opposition will say he’s doing a “cut and run,” but even that may not be as big a problem as some might think because it’s becoming clear even Republicans are having doubts about the war.

The ball is in the President’s court. General McChrystal has been quoted in recent weeks as saying that the war is essentially a stalemate at this point, and it seems to me that a stalemate in this type of conflict works to the advantage of the enemy. Perhaps it’s time we considered getting out.

The rest of the series: 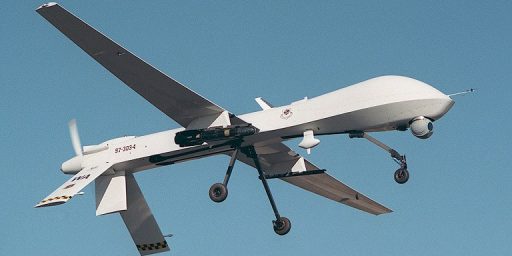