Government workers are among society's favorite whipping boys. Why? 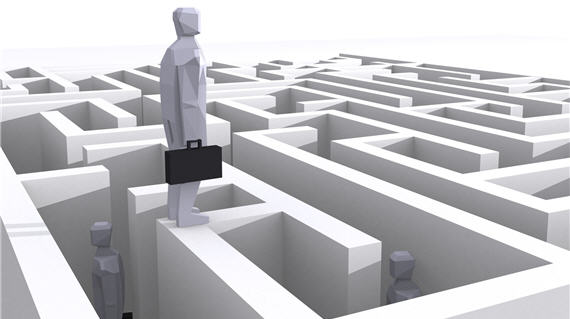 Keith Humphries explains “How ‘Overpaid’ Government Professionals Reduce Public Expenditures” by virtue of an anecdote about a government construction engineer whose insights saved the taxpayers from buying several ridiculously expensive buildings with hidden defects in a single day.

This talented government professional’s annual salary was less than one third of the commission that the realtor stood to make on the sale of the building. How much money he saved the taxpayer that day would be hard to estimate, but it was certainly many times his annual salary and perhaps as much as his lifetime salary.

Imagine now that “overpaid government workers” like him continue to be denigrated in the public square and continue to have their wages cut. How long will it be until one of them decides that a donation from a slimy realtor to their kid’s college fund is enough reason to overlook a few pesky 9-framis rebolted I-frame lattice Acme doo-hickey beams? Or even more likely, how long will it be before the best professionals leave the public sector, and the only people who will take poor paying (by private sector standards) professional jobs in government are those who don’t even know what a 9-framis rebolted I-frame lattice Acme doo-hickey beams is?

Now, there  doesn’t seem to be a dearth of people signing up to take government jobs. And the pay and benefits are generally quite competitive, especially when one factors in security. But, otherwise, Humphries is right: There are a lot of these folks employed by government at all levels and they’re unfairly tarred by a weird notion that people in the public sector are worthless slugs living on the taxpayer dole.

Federal government employees include the 1.6 million members of the uniformed military, FBI agents, CIA officers, NSA analysts, and all manner of other dedicated professionals that Americans actually like. And then there are the vast numbers of engineers, accountants, and other technical experts that most people don’t even know about. At the state and local level, there are legions of schoolteachers, cops, firefighters, safety inspectors, and others who provide valuable services. For whatever reason, they’re not what people think of when they’re villainizing the “faceless bureaucrats.”

People have come to despise “government bureaucrats” because of bad experiences with the DMV and the Post Office and a general sense that governments employ a lot of lazy people with bad attitudes who are impervious from being fired. And they’re right! Then again, so does the private sector.

Customer service is generally awful as businesses seek to economize and treat low-end interactions with customers as an expense to be minimized rather than a vital part of the business. It’s why, despite universal frustration with voice-operated customer service systems, they’re proliferating rather than disappearing. Or why check-out clerks are being replaced by frustrating machines that most customers can’t figure out how to operate. When one does get to deal with a person, they’re often surly and seem miffed to have to do their job.

This is the price we pay for an efficiency mentality, where everything is judged by the bottom line. Good customer service is much more expensive to provide and yet, if the success of Wal-Mart and Costco and Amazon are any indication, people are generally not willing to pay for it.

And that’s in the private sector, where people can lose their jobs and face competition in the marketplace. It’s hardly shocking that people with guaranteed jobs dealing with customers who have no choice but put up with whatever inconveniences and inefficiencies are doled out are no better if not worse. Especially when the employees in question are poorly paid and treated.

Most interactions with government, frankly, are unpleasant. Whether it’s the DMV, the post office, the IRS, licensing agencies, or the court system, someone in a position of authority is able deny us things we want, compel us to be places we don’t want to be, and otherwise make our lives miserable.

It’s also true that the combination of a massive workforce, a lack of a profit motive, and incredible protection from the vagaries of the job market create a certain amount of deadwood in the system. Any of us with experience in the government sector have stories of the “retired on active duty” senior NCO or the GS-12 who spends her days reading the newspaper and surfing the Internet. Whether those people are any less prevalent in the private sector, I couldn’t say; but we naturally resent the government workers not pulling their weight more, since they’re on our payroll. And maybe the system should be fixed to get rid of the bad apples–although making it too easy to fire people is not without costs.

But the deadwood are far outnumbered by dedicated professionals doing incredibly important–and sometimes, dangerous–jobs that even most of us “small government” types want done. It’s useful to remind ourselves of that from time to time.