Stan Van Gundy has resigned as head coach of the NBA’s Miami Heat and his successor will be announced at an 11 a.m. press conference. Team general manager and former head coach Pat Riley will almost certainly be that successor. 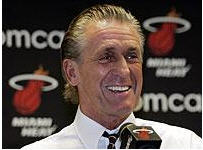 Miami Heat coach Stan Van Gundy, who led the team to the best record in the Eastern Conference a season ago, resigned Monday citing family reasons. A team official, speaking on condition of anonymity because the decision had not been made public, told The Associated Press that Van Gundy’s resignation would be announced later Monday. The team called a news conference for 11 a.m. EST, saying Van Gundy, team president and former coach Pat Riley and Heat owner Micky Arison would appear. It was not immediately clear who would replace Van Gundy, but indications were Riley, who chose him as his successor a little more than two years ago, could return to the sideline.

“I’m not ever going to rule it out,” Riley said this summer when asked about returning. “I think over the last couple of years, Stan has done a great job and I’ve stayed way in the background. I may take a little bit more of an active, I think, participation in some of the things, but for the most part I’m content at doing what I’m doing.”

With Oneal and Dwaye Wade as the core of the team and several quality guys around them, the Heat are already a favorite to win the West. The return of a coaching legend might be just that added spark they need.

Greg Cote asks the obvious question when a GM moves down to take over the coaching reins: “‘Resigned’ or forced out?” 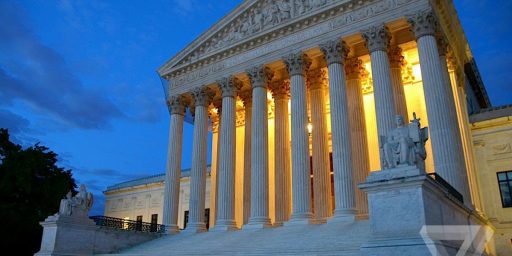