A new poll shows that Americans are starting to look East. 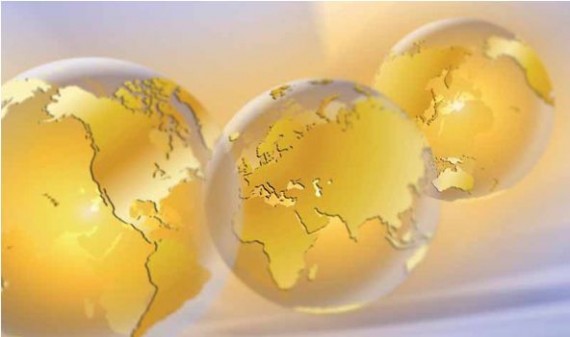 The poll of foreign opinions about President Obama that I noted earlier also had an American component that is of interest for very different reasons:

Transatlantic Trends also polled Americans and found that, for the first time, a majority view Asia as more important to their national interests than the European Union.

Just over half of Americans – 51 percent – said Asian countries were more important, compared with 38 percent who said the European Union was still the most important region for the United State’s national interests.

This is a shift from seven years ago when the same poll found that a majority of Americans said that the European Union was most important.

Some additional details from the poll itself show that there’s something of a generation gap in American attitudes about China:

A generation gap has emerged among Americans with regard to China. Young people in the United States viewed China more positively than older Americans. Close to three-in-five (59%) Americans between the ages of 18-24 had a favorable opinion of China, but that favorable opinion was only shared by 33% of the 45-54 age group, 37% of those between 55 and 64, and 36% of those 65 or older. This gap became more apparent when asked about U.S. national interests. Seventy-six percent of younger Americans (aged 18-24) identified the countries of Asia, such as China, Japan, and South Korea, to be more important than the countries of the European Union (17%). However, there was hardly any age gap when the same question was posed to EU respondents. Forty-one percent of 18-24 year olds felt Asia was most important to their national interests, a response within five percentage points of answers from the 25-34 year olds, 35-44 year olds, and 45-54 year olds.

What accounts for this different view of China between younger Americans and older Americans? Part of it, I would think, has to do with the fact that older Americans may still have more of a Cold War mindset and remember events like the 1989 Tiananmen Square massacre, whereas younger Americans know China mostly as the country that is rapidly growing, modernizing, and seemingly becoming more capitalist. It may also be that older Americans are more likely to view China as an economic competitor rather than a potential partner. In either case, it’s a rather extreme gap and one wonders if it will change as this younger generation gets older, or what impact it may have on future U.S. policy.

Unfortunately, there are no crosstabs showing the breakdown by age group on the question of which region is more important to American interests. However, that 51% number strikes me as pretty significant. For our entire history, the United States has looked back East to Europe, both because that’s where most of our immigration was coming from and because that’s where the Great Powers of the world were located. After World War II, the Transatlantic relationship, epitomized most of all by NATO, became the center of American foreign policy.

With the rise of China, though, along with economics like South Korea, Taiwan, Japan, and India, Asia has risen quickly, and Americans seem to be glancing west more than east these days. This doesn’t mean the end of  the Transatlantic relationship, of course. NATO remains the most important alliance that the United States belongs to, and if Europe manages to get itself out of the current financial crisis intact, the European Union will be a world player. More significantly, the United States has more in common with Europe culturally, and that fact alone would seem to guarantee that we’ll maintain a close relationship with the Old Country. Nonetheless, more than ever, we can no longer afford to ignore TransPacific relationships and the impact that they will have on our economy, and the world, will only increase.

If you’re interested in a deeper look at the poll, which covers a number of topics, can read the poll’s key findings [PDF] and the toplines [PDF]