Unlike most world leaders, Pope Francis is wiling to call a genocide a genocide. 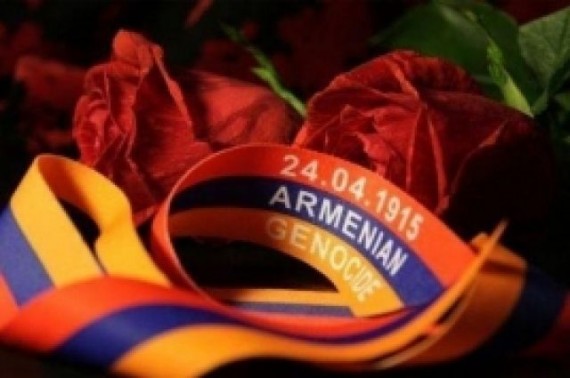 Pope Francis ruffled diplomatic feathers back in Istanbul yesterday when he publicly referred to the 1915 death of some 1,000,000 Armenians at the hands of what was then the Ottoman Empire as a genocide:

ROME — Pope Francis on Sunday described the World War I-era slaughter of Armenians by the Ottoman Turks as the first genocide of the 20th century, igniting a diplomatic confrontation withTurkey, which quickly summoned the Vatican’s ambassador to condemn the pontiff’s remarks and recalled its own ambassador to the Holy See.

Francis, who made the comments at a Mass for the centenary of the start of the mass killings, and in a later message to all Armenians, repeated his stance that the seemingly piecemeal global violence of the 21st century actually represented a “third world war.”

He also described his frustration with what he considers global indifference toward the persecution and killing of Christians in the Middle East and elsewhere, especially by militants with the Islamic State.

“Today, too, we are experiencing a sort of genocide created by general and collective indifference,” Francis said.

In addressing the Armenian question, Francis quoted from a 2001 declaration by Pope John Paul II and Catholicos Karekin II, the Armenian Apostolic Church’s supreme patriarch, in which the two leaders called the Armenian slaughter a campaign of extermination that was “generally referred to as the first genocide of the 20th century.”

Vatican diplomats have been deliberately prudent in avoiding the term, so in using it during the Mass on Sunday, before an audience that included the Armenian president, Serzh Sargsyan, Francis clearly intended to provoke a response. He equated the fate of the Armenians with the genocides orchestrated by the Nazis and the Soviets under Stalin, while also condemning “other mass killings, like those in Cambodia, Rwanda, Burundi and Bosnia.”

“It seems that humanity is incapable of putting a halt to the shedding of innocent blood,” Francis said. “It seems that the human family has refused to learn from its mistakes caused by the law of terror, so that today, too, there are those who attempt to eliminate others with the help of a few, and with the complicit silence of others who simply stand by.”

Francis said it was a duty of everyone not to forget the “senseless slaughter” of an estimated 1.5 million Armenians by the Ottoman Turks from 1915 to 1923. “Concealing or denying evil is like allowing a wound to keep bleeding without bandaging it,” the pope added.

Turkey has long resisted the genocide designation, saying that a large number of Turks were also killed during and after the First World War, when Armenians sided with Russian and Western forces in hopes of claiming an independent homeland in eastern Turkey as the Ottoman Empire was dying.

Many Armenians have long demanded that Turkey acknowledge that about 1.5 million of their forebears were actually killed in a systematic genocide. More than 20 countries have passed parliamentary bills recognizing the killings as genocide, while nations like Greece and Switzerland have called for criminal charges against those who deny it.

On Sunday, Turkish officials in Ankara, the capital, summoned Archbishop Antonio Lucibello, the Vatican’s ambassador to Turkey, and notified him of their government’s “grave disappointment and sadness” over the pope’s remarks, which were “away from historical facts” and dismissive of the deaths of non-Christians in the country during the same historical period, according to a government official who spoke on the condition of anonymity, citing diplomatic protocol.

On Twitter, the Turkish foreign minister, Mevlut Cavusoglu, dismissed Francis’ comments as baseless. “It is not possible to accept the pope’s statement, which is far from any legal or historical reality,” he wrote. “Religious authorities are not the places to incite resentment and hatred with baseless allegations.”

Later, the Foreign Ministry said that Ankara’s ambassador to the Vatican, Mehmet Pacaci, had been recalled for “deliberations.”

The issue of the Armenian Genocide has been a diplomatically sensitive one for decades, largely because Turkey has long resisted efforts by historians and the international community to assign that label to the events of 1915 notwithstanding the fact that they happened when an entirely different nation was ruling what is now Turkey and Armenia. Thanks largely to the fact that it has been a NATO member since 1952 and its importance first during the Cold War and now as part of the War On Terror and other conflicts, American Presidents have largely shied away from using the word “genocide” to describe what happened, instead using phrases like “the Great Calamity,” as the George W. Bush Administration did during its time in office. While he was a candidate for President, Barack Obama made public statements in which he said that as, President, he would indeed refer to the events of 1915 as a “genocide,” but once he became President he began issuing the same bland statements that previous Presidents have used. As I noted at the time, given the need to placate the Turks, and especially given the extent to which relations with Istanbul have become more complicated in recent years, it was entirely predictable that the President would break that promise. One of the rare exceptions seems to have come during the Reagan Administration, when President Reagan explicitly referred to the Armenian genocide in a statement issued marking a remembrance of the Nazi Holocaust of Eastern European Jews during World War II. For the most part, though, the American government, and much of the rest of the world has placated the Turks in their insistence that what happened to Armenians in 1915 was some kind of accidental catastrophe rather than a consciously planned genocide.

Pope Francis, of course, doesn’t have the same diplomatic concerns that American Presidents and other world leaders have, so he is perhaps more free to speak on an issue like this. Additionally, the fact that the Vatican has previously recognized the Armenian Genocide made his statements yesterday not nearly as groundbreaking as some of the headlines would lead you to believe. Nonetheless, the ever sensitive Turks are responding about as you’d expect them to, although it’s probable that the diplomats in Rome expected that this would happen and that what we’re seeing from Istanbul right now is less substance than it appears. In any case, with the 100th anniversary of the 20th Century’s first genocide approaching this month, along with the 70th anniversary of the liberation of the Nazi concentration camps by American and Soviet forces, it’s good to see someone actually speaking the truth about this matter. Now, if only there were American leaders willing to do the same thing.