A new law allows Presidential candidates to set up transition offices while they're still running for election, perhaps providing an opportunity for shortening the 2 1/2 month interregnum between Election Day and Inauguration Day. 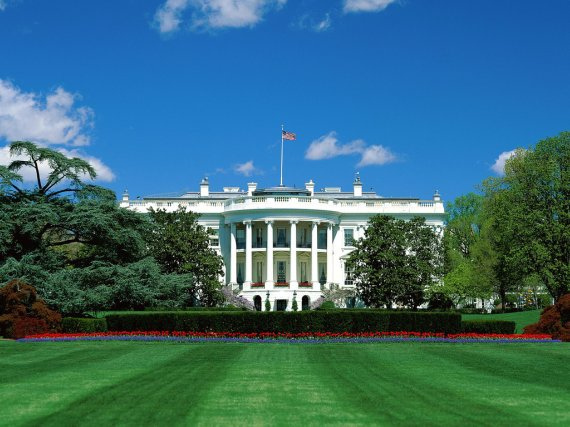 Via The New York Times comes word of a new law that will essentially allow Presidential candidates prepare to take office before they’re actually elected:

President Obama signed a bill Friday that he hopes won’t be really necessary until at least 2016.

The legislation allows the government to start providing transition resources — office space, computers, telephones and even security clearances for some aides — to the primary contenders for the presidency before the election takes place.

The bill instructs the General Services Administration to offer the Democratic and Republican presidential nominees a host of services once the parties’ nominating conventions conclude. Other candidates would be deemed eligible based on criteria similar to those used by the nonpartisan Commission on Presidential Debates.

Candidates are not legally obligated to accept the government assistance, but lawmakers expect eligible candidates to participate. Campaigns would pay staff salaries, travel expenses and other costs and could establish transition spending accounts funded by campaign cash or personal contributions up to $5,000 a person.

The law does make a certain amount of sense, of course. The two and a half months between Election Day and Inauguration Day are intense for an incoming Administration to begin with. making it possible for them to actually take some practical steps toward preparing to take office earlier would seem to be advisable.

Of course, there are some objections that could be raised to the bill as well.

Third parties will obviously protest the idea that the assistance is only provided to “primary contenders” for the Presidency, but this seems to be a practical decision rather than a political one. The Libertarian Party, or Constitution Party, or Green Party candidate for President isn’t going to win the election and it would be rather silly for them to start planning for a Presidency that is never going to happen. At the same time, though, one could easily see this law becoming an issue if the time comes when a credible third-party or independent Presidential candidate comes along again a la Ross Perot. Denying this convenience to a candidate polling in the 15-20% range would seem to be a hard sell.

Another problem that could arise is if these transition offices become something akin to a shadow government, perhaps working in conjunction with the Congressional Leadership to block White House initiatives or even communicating with foreign governments. There’s no real provision in American government for such a phenomenon, and one could easily see it becoming a problem.

All in all, though, this strikes me as a good idea and it brings up another question that seems to come up every time there’s a change in Administrations, namely whether Inauguration Day itself should be moved up in the calendar. It’s been done before, of course, in 1933 the 20th Amendment moved the beginning of the Presidential term from March 4th to January 20th. Now that Congress has made it possible for Presidential candidates to begin preparing for office before Election Day, perhaps it’s time to consider once again the idea of moving forward the date on which a new President takes office.