Putin Admits Many Of His Wildlife Stunts Are Staged 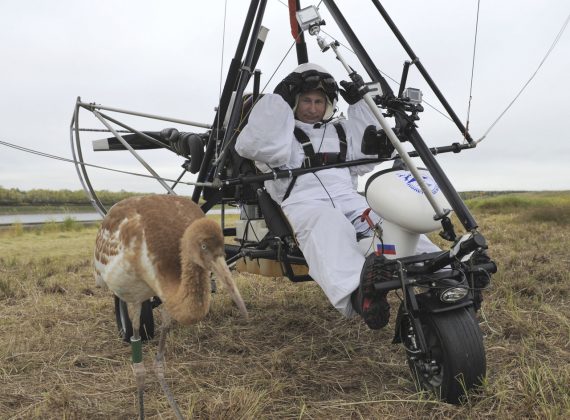 Russian President Vladimir Putin has admitted that the photo ops we’ve seen of his wildlife adventures over the years are staged for the press:

(Reuters) – Russian President Vladimir Putin has admitted that some of his most famous media adventures with wildlife have been carefully staged but has said they were worthwhile because they drew the public’s attention to important conservation projects.

His macho appearances with everything from tigers to whales have been a staple of Russian state TV for years, cementing his image as a man of action but drawing mockery from critics who have likened them to Soviet-style propaganda.

Although Putin’s spokesman has previously revealed that at least one of the stunts was a set-up, Putin until now has appeared to play along with the exercises, allowing state media to present them as they seem rather than how they really are.

But in a rare meeting with a Kremlin critic after his latest wildlife stunt – taking to the skies in a light aircraft with a group of cranes last week – Putin admitted he had often taken part in media exercises which were carefully staged.

“Of course, there are excesses. And I am enraged about it,” he told Masha Gessen, a journalist and Putin critic whom he had invited for a meeting in the Kremlin after she was sacked from her job editing a travel magazine for refusing to send reporters to cover the crane flight.

She wrote an account of her meeting with the president in Bolshoi Gorod magazine.

“But I thought up these tigers myself. Twenty other countries where tigers live, also started taking care of them,” she quoted him as saying, referring to an incident four years ago when he was shown shooting a tiger with a tranquilizer gun that looked like it was poised to attack someone.

Environmentalists later suggested the tiger had been driven in from a zoo for Putin to shoot for the TV cameras.

“The leopards were also my idea,” Putin was quoted as saying. “Yes, I know, they were caught before but the most important thing is to draw public attention to the problem.”

I suppose we shouldn’t be surprised. After all, the Russian have been doing stuff like this for a long time. 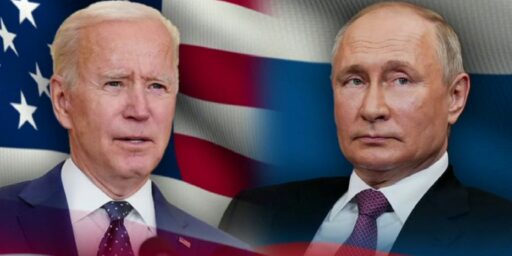