Jo Rae Perkins may be a nut, but she won a four-person primary.

Oregon Republicans on Tuesday elected a Senate nominee who believes in QAnon, the baseless conspiracy theory that has taken root among some far-right supporters of President Trump.

In a now-deleted video posted to her Twitter account Tuesday night, Perkins said she supports the conspiracy theory, which revolves around “Q,” an anonymous Internet user claiming to be a government agent with top security clearance.

“Where we go one, we go all,” Perkins said in the video, reciting a QAnon slogan. “I stand with President Trump. I stand with Q and the team. Thank you Anons, and thank you patriots. And together, we can save our republic.”

In a statement Wednesday night, Perkins backtracked slightly from her comments, saying that she does not fully embrace QAnon.

“To be very clear, I do not believe everything from Q/Anon and would never describe myself as a follower, but I also do not believe in infringing upon any outlet’s right to discuss news or topics,” Perkins said.

She added: “My slogan, For One Oregon, has nothing to do with conspiracy theories or media bias, but rather, has long been my commitment to being a civil servant for all of Oregon, not just some as has been the case under Jeff Merkley’s tenure.”

Merkley is heavily favored to win in November, but Perkins’s primary victory nonetheless presents a dilemma for Republicans in Washington.

Sen. Todd C. Young (R-Ind.), chairman of the National Republican Senatorial Committee, said he would need to learn more about Perkins but that the organization generally gives its backing to GOP candidates.

For those only tangentially familiar with Q/Anon, a YahooNews explainer:

QAnon is a theory built around belief in an international conspiracy of high-ranking government officials to kidnap, abuse, torture and kill children — the delusion under which an armed North Carolina man attempted a rescue mission at a Washington pizzeria in 2016, the baseless Pizzagate conspiracy seen as a precursor to QAnon. President Trump, in the Q worldview, is working behind the scenes to expose and disrupt this conspiracy but has been thwarted by “deep-state” bureaucrats and global elites. The narrative is fed by cryptic posts on internet message boards from the anonymous “Q,” who followers believe to be a high-ranking intelligence official, or possibly even Trump himself. Popular YouTube and social media pages promulgate and analyze Q’s vague messages, turning the obsession into something of a game for many followers.

Trump has retweeted accounts that promote QAnon, and his rallies have had plenty of attendees sporting Q-related apparel and signs. Last year, Yahoo News reported that an FBI document had identified QAnon as one of the “conspiracy theory-driven domestic extremists” that were potential terrorist threats.

“The FBI assesses these conspiracy theories very likely will emerge, spread, and evolve in the modern information marketplace, occasionally driving both groups and individual extremists to carry out criminal or violent acts,” the document states. It also goes on to say the FBI believes conspiracy-theory-driven extremists are likely to increase during the 2020 presidential election cycle.

As to Perkins, the same story tells us,

Perkins is the former Republican chairwoman in Linn County, located just south of the capital city, Salem, and had run in prior Republican primaries in 2014 (U.S. Senate), 2016 and 2018 (the state’s Fourth Congressional District). She was originally running for the House seat again in 2020 but withdrew to enter the Senate race. As of the latest results, Perkins had earned just short of 50 percent of the vote in the four-candidate race. The runner-up was former naval officer Paul Romero, who reached 30 percent.

The lede to the WaPo piece makes it sound like the tweets and video were her coming out party on the Q stuff. But not so much:

Perkins has made her support of QAnon a central plank of her campaign, telling Right Wing Watch in a January interview, “It’s a very highly calculated risk that I’m taking. Most people play it a lot safer than I do. It’s either pure genius or pure insanity. It’s one of the two. The voters are going to have to be the ones that make that decision.”

“I think that there’s probably a lot of us out there, but I just happen to be bold enough to say, ‘Hey, I’m following Q because I want to know, because if the Q team is real, I want to know about it,'” Perkins added in the same interview, in which she compared believing in Q to believing in Jesus Christ, as a matter of faith that transcends proof.

“Q is most likely military intelligence,” suggested Perkins in the interview, “and they’ve been out there watching what’s been going on with our country for decades and they are partnered with President Trump to stop the corruption and to save our republic.”

I’m honestly not sure what to make of this. To say I don’t follow Oregon politics closely is an understatement but it’s certainly a deep blue state. One imagines it’s difficult to get quality candidates to run as sacrificial lambs in the Republican primary.

It follows, then, that people don’t take voting in the Republican primary all that seriously. So it’s possible that this is more a lark than a reflection of true Republican sentiment in the Beaver State. 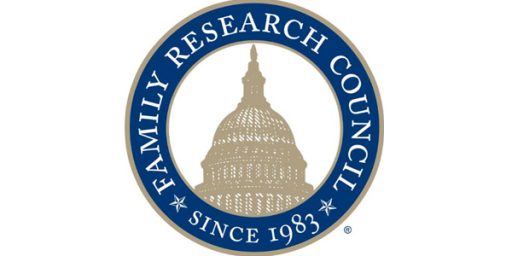