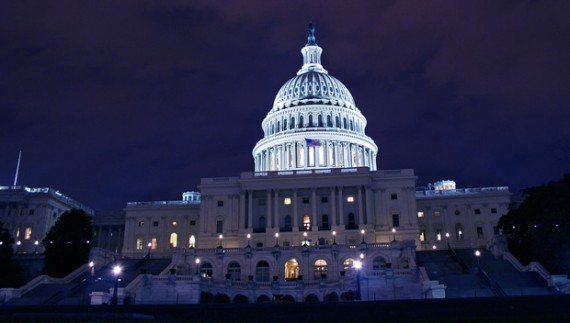 WH and GOP aides involved in the talks are now on same page: the remaining issues are money. The rider issue has been resolved.

Assuming this is the case, it would seem that a deal can be reached, although it may take a one or two day Continuing Resolution to give them the time to hammer out the details.

Additionally, by “resolved” I can only assume that the Planned Parenthood rider is going to be taken out of the package since President Obama made clear today that he would veto any bill that included it.

Update: National Journal reports that the Planned Parenthood rider was traded for another $1,000,000,000 in spending cuts:

Numerous GOP and Democratic sources on and off Capitol Hill tell National Journal that the outline of the deal is as follows: up to $39 billion in cuts from the 2010 budget, $514 billion in spending for the defense budget covering the remainder of this fiscal year, a GOP agreement to abandon controversial policy riders dealing with Planned Parenthood and the EPA, and an agreement to pass a “bridge” continuing resolution late Friday night to keep the government operating while the deal is written in bill form.