The Hill‘s Roxana Tiron reports that there’s a growing number of congressional Democrats who want to pull American troops out of Afghanistan. When one reads the story, however, it’s pretty clear that this still represents a tiny constituency.

When they won control of Congress in November, Democrats pressed their case to withdraw troops from Iraq and refocus on Afghanistan, but some are growing impatient with U.S. operations in Afghanistan as well. A few congressional Democrats go so far as suggesting that the Pentagon should pull out of Afghanistan now, while others say that troop withdrawal will be addressed after the military is out of Iraq.

Rep. Neil Abercrombie (D-Hawaii), a senior defense authorizer, wants the U.S. out of Afghanistan immediately, calling operations there “futile” in trying to effect political change in a country with a tangled history. Most other Democrats want to focus on Afghanistan, with the goal of withdrawing the military down the road after the country is stabilized and any new Taliban resurgence quashed.

With a few exceptions, congressional Democrats no longer show any hesitation about withdrawing the military from Iraq. But they are more circumspect about Afghanistan, saying that the Bush administration let the situation worsen by shifting attention onto a protracted conflict in Iraq. “We should have never gone to Iraq, because we would have been out of Afghanistan [by now],” Rep. John Murtha (D-Pa.) said in a brief interview. Murtha, the chairman of the House Appropriations defense subcommittee and a vocal opponent of the war in Iraq, said that by September, when he takes up the fiscal 2008 war supplemental funding, he would have a better sense of how to handle Afghanistan.

In the entire story, Abercrombie and Rep. Diane Watson (D-Calif.) are the only Members cited as favoring withdrawal. It’s a stretch to take Murtha’s words that way and everyone else mentioned in the piece is staunchly in favor of staying in Afghanistan until the job’s done, including House Speaker Nancy Pelosi and Senate Majority Leader Harry Reid and liberal stalwarts Henry Waxman, Russ Feingold, and Barbara Boxer. A few Members are also mentioned as hoping that getting troops out of Iraq could hasten our withdrawal from Afghanistan.

This comes across, then, as a manufactured story. The premise, essentially, is that congressional Democrats ought to be in favor of getting out of Afghanistan because the same arguments apply there as in Iraq.

Yet making the argument that the U.S. needs to get out of Iraq and stay in Afghanistan can be politically challenging. While Democrats regularly note that the war in Iraq has now gone on longer than World War II, the U.S. has been in Afghanistan longer than it has been in Iraq. And arguments that Iraqis need to take control of their own country can be applied to Afghanistan as well. The Afghanistan effort enjoys much more support among the American public, and Democratic leaders have sought to burnish their homeland security credentials by presenting an unwavering backing of the war there.

War violence is common in Afghanistan. One of the deadliest insurgent attacks since the fall of the Taliban in 2001 killed 24 people occurred earlier this month when a bus exploded in Afghanistan’s capital, Kabul. Out of the 24 victims, 22 were police academy instructors on their way to work. About 300 Afghan police officers have been killed in the past three months, making 2007 the worst year ever. Insurgency-related violence has killed more than 2,400 people in Afghanistan this year, according to a count by the Associated Press based on official figures.

The anti-war grassroots movement has generally been quiet about Afghanistan as it has committed most, if not all, of its attention on Iraq. Code Pink Women for Peace spokeswoman Dana Balicki said that her organization would like to see soldiers withdraw from Afghanistan.
“The combat forces should be replaced by international peacekeeping forces,” she said. “We should push for peace talks in the area with all groups that have power.”

MoveOn.org did not respond to repeated attempts for comment on the issue.

So, basically, we have two Members who want to get out now and they have the full support of Code Pink. Everyone else, from MoveOn.org to Dennis Kucinch, is still on board. 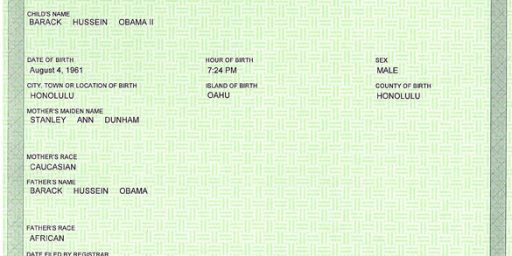