Romney: ‘No One Ever Asked to See My Birth Certificate’

During an appearance in his native Michigan today, Mitt Romney said: “No one has ever asked to see my birth certificate — they know that this was the place we were born and raised.”

Probably because he’s a white guy whose dad was president of an auto company and a state governor?

This has, naturally, already spawned a Twitter hashtag: #futuremittjokes. Among the better ones thus far:

In the grand scheme of thing, no big deal. But it’s been one unforced error after another these last few days. 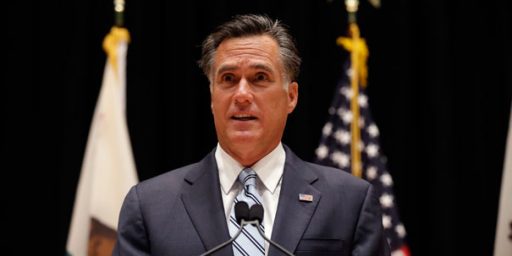 Romney Needs The “47 Percent” To Win