Mitt Romney's campaign is wildly overcharging the media for the privilege over covering them. 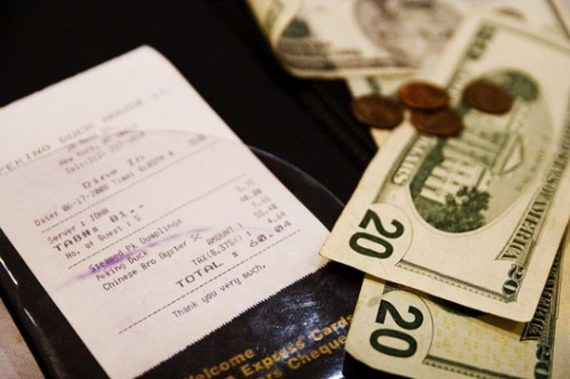 Mitt Romney’s campaign is wildly overcharging the media for the privilege over covering them.

In a coda to the often contentious relationship between Mitt Romney’s staff and the press, news outlets are preparing to file a formal complaint to the Romney campaign contesting some of the seemingly inflated charges that were billed to them from the campaign trail.

It is standard procedure for presidential campaigns to arrange and prepay for meals, bus travel, and charter flights, then bill the news outlets afterward for their share of the cost. In order to travel with the candidate, reporters and their editors must agree upfront to pay for the cost of the trips, as determined by the campaign.

But many of the bills from the Romney campaign — which have continued to trickle in since Election Day — are much higher than during other campaigns.

For example, on Oct. 11, each reporter was charged $812 for a meal and a rented “holding” space, where the press waited before moving to the next event. On Oct. 18, the bill for a similar set of expenses was $461. And on the night of the vice presidential debate, the campaign planned a “viewing party” for the reporters with Romney, complete with a large rented room with a patio, massage tables, fresh cut flowers, and lots of food and booze. One campaign aide told BuzzFeed that campaign officials’ orders were to “go big” — a nice gesture, perhaps, but one that wasn’t discussed with every media outlet.

(Editors at the outlets who plan to contest the charges declined to discuss the charges on the record until the letter was finalized and sent to campaign officials. But BuzzFeed, which plans to join the other news organizations in their complaint, regularly traveled with the campaign and has received many of the same bills.)

Former campaign officials did not respond to BuzzFeed’s queries, and the few junior staffers dealing with the bills have been instructed not to respond at length to news organizations’ complaints.

My first reaction was  skepticism, especially given that this is BuzzFeed’s reporting. My guess was that, rather than being a sinister ploy to stick it to the media, that this was more likely either some sort of clerical error or one of those things like the scandal over $30 muffins, where the costs were arbitrarily assigned. It seems, though, that the explanation is simple incompetence:

One campaign aide, speaking on condition of anonymity, said the bills were not artificially inflated, but rather the product of a generally mismanaged campaign. The aide said the advance team — which was tasked with arranging meals and accommodations for the press — failed to communicate with other elements of the campaign and consistently spent more money than necessary.

Indeed, reporters on the trail grew accustomed to having five or six catered meals offered to them every day, with long tables full of food awaiting them at each campaign stop. The meals often went untouched and were sometimes consumed by campaign staff. It remains unclear whether those aides shouldered some of the costs of the meals.

In another case of apparent overspending, the campaign rented four “mini-busses,” seating 20 to 30 people apiece, to transport the press after a campaign event in Pennsylvania. According to an aide, the total cost was around $5,000 — divided among just 23 reporters.

Organizations typically vastly over-order catered meals, especially of the self-serve variety, because it’s really hard to know who’s going to eat what and it’s really embarrassing to run out of food. As a bonus, the junior staff usually winds up eating the leftovers. Still . . . $745?   And I have no explanation for the over-order on busses. Surely, they didn’t overestimate the number of reporters in attendance by orders of magnitude? And, if they did, it’s not clear why that’s the responsibility of the reporters in attendance.