In a rare public statement, the office of Special Counsel Robert Mueller is disputing reports that the President directed Michael Cohen to lie to Congress. 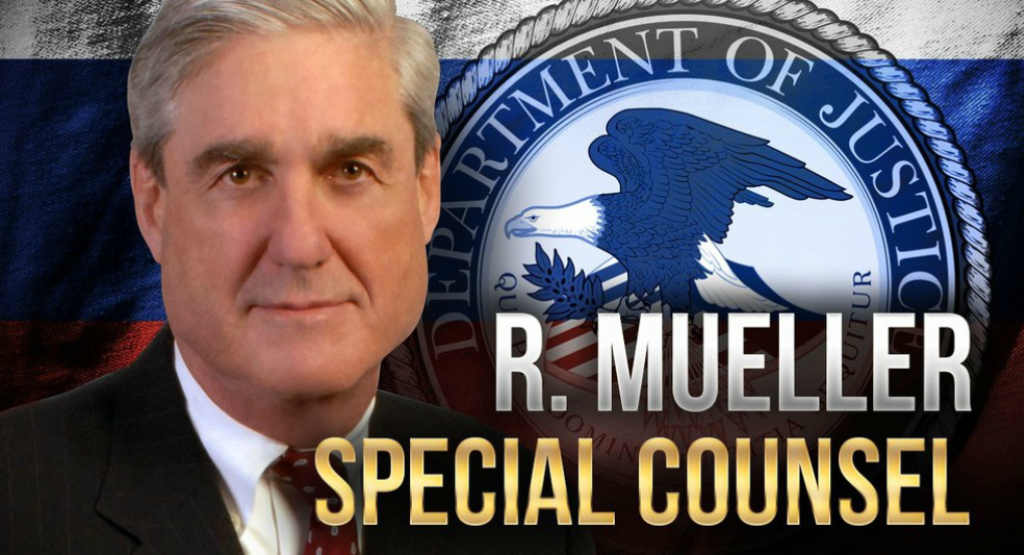 In a rare statement released late yesterday, the office of Special Counsel Robert Mueller released a statement stating that it disputed certain aspects of the bombshell Buzzfeed report released late Thursday that, citing ‘law enforcement sources,’ claimed that the President had directed Michael Cohen to lie to Congress about Trump’s business dealings with Russia:

WASHINGTON — The special counsel investigating Russian interference in the 2016 election disputed on Friday a report that said President Trump had directed Michael D. Cohen, his longtime lawyer and fixer, to lie to Congress about his role in negotiations to build a skyscraper in Moscow.

The rare public statement by a spokesman for the special counsel, Robert S. Mueller III, challenged the facts of an article published by BuzzFeed News on Thursday saying that Mr. Cohen had told prosecutors about being pressured by the president before his congressional testimony.

“BuzzFeed’s description of specific statements to the special counsel’s office, and characterization of documents and testimony obtained by this office, regarding Michael Cohen’s congressional testimony are not accurate,” said the spokesman, Peter Carr.

Before Mr. Carr’s statement, the BuzzFeed report led to a flurry of reactions by senior members of Congress who said that the allegations, if true, could be grounds for initiating impeachment proceedings against Mr. Trump.

The president himself responded on Twitter late Friday, calling the special counsel’s statement “a very sad day for journalism, but a great day for our Country!”

A proven effort by Mr. Trump to pressure a witness to commit perjury would be one of the most damning revelations so far in the investigation into Russia’s attempts to sabotage the 2016 presidential election and could be the cornerstone of a case that the president obstructed justice to keep investigators at bay.

Both the White House and lawyers for Mr. Trump vigorously denied the BuzzFeed report even before the special counsel’s office weighed in.

“Two words sum it up better than anything anybody else can say, and that is ‘categorically false,'” the White House press secretary, Sarah Huckabee Sanders, told reporters on Friday.

BuzzFeed News maintained that its report was accurate, its editor, Ben Smith, said after Mr. Mueller’s office disputed the account. “We stand by our reporting and the sources who informed it, and we urge the Special Counsel to make clear what he’s disputing,” Mr. Smith said on Twitter.

The statement by Mr. Carr, the special counsel’s spokesman, was unusual because it appeared to be the first time he had publicly challenged the facts of a news media account that had generated significant attention for its revelations about the president.

The New York Times has not independently confirmed the BuzzFeed report. One person familiar with Mr. Cohen’s testimony to the special counsel’s prosecutors said that Mr. Cohen did not state that the president had pressured him to lie to Congress.

Representative Adam B. Schiff, Democrat of California and chairman of the House Intelligence Committee, said that his panel would investigate the BuzzFeed report and was “already working to secure additional witness testimony and documents related to the Trump Tower Moscow deal and other investigative matters.”

If true, Mr. Schiff said, the allegations “would constitute both the subornation of perjury as well as obstruction of justice.”

Representative Joaquin Castro of Texas, another Democratic member of the House Intelligence Committee, wrote in a tweet that “if the @BuzzFeed story is true, President Trump must resign or be impeached.”

Senator Mark Warner of Virginia, the top Democrat on the Senate Intelligence Committee, told reporters on Friday that the panel expected Mr. Cohen to be back to testify privately in early February.

“BuzzFeed’s description of specific statements to the special counsel’s office, and characterization of documents and testimony obtained by this office, regarding Michael Cohen’s congressional testimony are not accurate,” said Peter Carr, a spokesman for Mueller.

The statement was remarkable on several levels — first, the special counsel’s office speaks exceedingly rarely, and second, the statement seemed to drive a stake through a sensational allegation that Democratic lawmakers suggested earlier in the day could spell the end of the Trump presidency. As earthshaking as the claims in the story were, no other media organizations were able to match them.

The story published by BuzzFeed on Thursday night attributed to two federal law enforcement officials an incendiary assertion: that Mueller had collected emails, texts and testimony indicating Trump had directed Cohen to lie to Congress about the extent of discussions surrounding a proposed Trump Tower project in Moscow. That project never came to pass, but Cohen pleaded guilty last year to lying to Congress about the matter.

The BuzzFeed report strongly implied the president might have committed a crime, dramatically raising speculation of possible impeachment. Within hours, Democrats in Congress were publicly demanding answers.

The potential consequences of the report were so severe — immediate congressional investigations and a possible legal showdown with the White House — that Mueller decided to take the surprising step of publicly denying his investigation had gathered any such evidence.

The special counsel’s office has only rarely issued public statements since it was created in May 2017; it had never previously issued a public statement regarding evidence in its investigation into Trump and Russian interference in the 2016 election.

The explicit denial by the special counsel’s office is likely to provide further ammunition to complaints by Trump and his supporters that press coverage of him is unfair and inaccurate.

Here is the statement posted by the Special Counsel’s Office, the response by Buzzfeed News Editor Ben Smith, who is standing by the substance of the report, and by Donald Trump:

Remember it was Buzzfeed that released the totally discredited “Dossier,” paid for by Crooked Hillary Clinton and the Democrats (as opposition research), on which the entire Russian probe is based! A very sad day for journalism, but a great day for our Country!

Fake News is truly the ENEMY OF THE PEOPLE!

Not surprisingly for a prosecutor known for playing his cards close to his vest, it’s not clear exactly what it is that Mueller is disputing in the Buzzfeed report. As noted, the statement states that “specific statements to the special counsel’s office, and characterization of documents and testimony” are “not accurate.” This could mean that that the entire report is untrue, although one presumes that if this were the case the statement would have said this much, or it could mean that portions of the report are inaccurate. For example, some of the speculation overnight has been that the Special Counsel’s office was referring to the part of the report that indicates what its source for the allegation that Cohen lied to Congress about the Trump Tower Moscow deal might have been or the report that it had documents or other corroborating evidence corroborating the claims about Cohen’s false statements. In any case, this is why it’s always worth taking these initial reports with a grain of salt, especially given the fact that, so far at least, no other reporters have been able to independently corroborate the Buzzfeed report. It’s also worth noting that one of the reporters behind the Buzzfeed report, Jason Leopold, has been involved in questionable reporting in the past. Back in 2006, he reported that former George W. Bush political strategist had been indicted in connection with the Valerie Plame incident. As it turned out, no such charges were filed. Additionally, at the time of the Rove report, Bill Jempty uncovered a  2002 story on Leopold. According to this report, Leopold, who used to be a reporter for The Wall Street Journal, had broken a major story about Thomas White, then serving as Secretary of the Army, and an alleged link to the Enron scandal. That reporting was later described as “sloppy” and it was later repudiated by both Salon and The New York Times.

As I said, it’s not surprising that Trump and his supporters are jumping all over this rebuke from Mueller’s office. It gives them a chance to repeat the “Fake News” mantra that they’ve used in response to the Russia investigation from the beginning. It’s ironic, of course, that Trump and others are now praising the same Special Counsel that they have spent the past year and a half calling a “Deep State” agent intent on undermining the President and who they have said is engaged in a “witch hunt” against the President. It seems to me you can’t really have it both ways, folks.

In any case, this is why it’s worthwhile to always take these reports with a grain of salt. As I said yesterday, if the reports about Cohen lying to Congress are true, they would constitute an allegation of serious crimes by the President. Perhaps it will turn out that the reports are accurate for the most part, but that Mueller is unable to corroborate Cohen’s claims. Or perhaps it’s the case that the nature of the evidence that Mueller has is different from what Buzzfeed is saying it is. Or perhaps it’s the case that the entire report is wrong. In the end, we won’t know what Mueller knows until he issues his report, and we should wait until then before jumping to conclusions.

Update: Buzzfeed continues to stick by its reporting:

Updated statement from @BuzzFeedNews:
“As we’ve re-confirmed our reporting, we’ve seen no indication that any specific aspect of our story is inaccurate. We remain confident in what we’ve reported, and will share more as we are able.” –Matt Mittenthal, spokesperson. 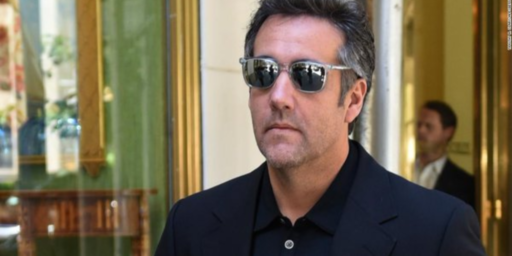