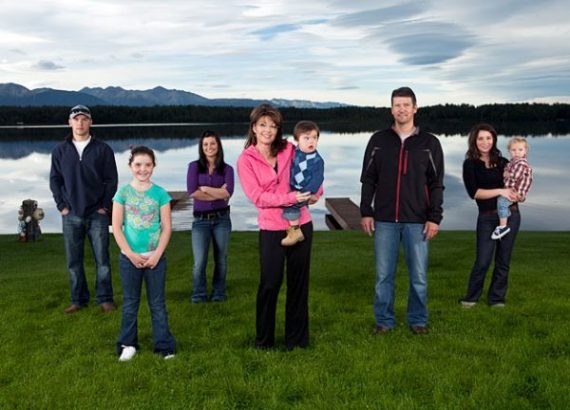 Back in February, I noted that the Anchorage Daily News has reported that Sarah Palin’s TLC reality show had received subsidies from the State of Alaska under a program designed to encourage filmmakers to come to the state. The story languished for a month or so, but was recently picked up by some fiscal conservatives who criticized Palin for both taking the money and supporting the program when she was Governor:

After an analyst at the Tax Foundation posted a blurb on the group’s blog linking to the piece Tuesday, Palin faced a fresh heap of criticism from Washington conservative pundits who may have been a bit late to the fight, but were not shy to throw punches.

But in a political age where it’s controversial in many circles to defend public funding of National Public Radio, critics panned Palin for supporting a measure that forced taxpayers to foot the bill for a private media project after many statements from the former governor in support of a government that only plays a limited role in the economy.

“I’d bet, like many politicians, Palin’s views on the proper role of government becomes more flexible as it comes closer to her own interests,” wrote the Washington Examiner’s Tim Carney on Tuesday.

Jim Geraghty of National Review said that the reality show’s subsidy was “ridiculous” and that the policy was “problematic for a crusader for small government to end up collecting a seven-figure paycheck from an endeavor that received a seven-figure subsidy,” while Peter Suderman of the libertarian Reason Magazine cracked: “In 2008, Sarah Palin, then the Governor of Alaska, signed a special tax credit for filmmakers into law. … Who’s benefiting from that tax subsidy now? … none other than Sarah Palin.”

Palin, of course,  took to her Facebook page and played the victim card:

This bill was not some secret big government agenda. These Alaskan legislators just wanted Alaska to be able to compete with the many other states that offer similar incentives. As I noted in my statement (which was curiously buried by The Daily Caller – whose editor-in-chief was recently called on the carpet for publicly using a degrading term to describe women), I can’t speak for the film tax credit programs in other states, but the program in Alaska has been effective. The bipartisan legislation I signed into law in 2008 was borne out of elected lawmakers’ frustration with the fact that shows and films about Alaska were mostly filmed elsewhere.

They wanted to incentivize production companies to film in Alaska instead of Canada, Washington state, or Maine. Their bill worked, and as the legislation’s supporters will testify, the state’s economy enjoys the benefits of having this production money circulating right here at home. It was so successful that state lawmakers now want to renew the film production tax credits for another ten years. Keep in mind that we don’t have a state income tax, state sales tax, or state property tax in Alaska. Our state government is predominately funded by oil and gas revenue. Essentially we are using revenue generated from the development of Alaska’s natural resources in order to diversify our economy and create jobs beyond just resource development. Not only does this help promote a new film industry in Alaska, it obviously also has the added benefit of encouraging our tourism industry.

These shows and films about Alaska act as perfect tourist advertisements for our state. People come here to experience what they see on the shows filmed here. The dramatic increase in Alaska-based television shows and films are testament to the fact that this legislation worked, and it’s exciting to see our state showcased and appreciated. There has been more film productions here than ever before, and the economic benefit of filming here exceeds the tax credit.

Whether this is true or not is debatable, but it doesn’t address the primary point that by supporting programs like this while claiming to be a fiscal conservative you are being, quite obviously, hypocritical
FILED UNDER: Deficit and Debt, US Politics, Alaska, Canada, Facebook, Jim Geraghty, Legislation, libertarian, Maine, National Review, Peter Suderman, Sarah Palin, television, Washington Examiner