John Lemon, whether sparked by my comments this morning or by a slovenly colleague, has two posts on the subject of the way college professors choose to dress themselves, here and here. While I suspect this is a subject that will garner significantly less interest than, say, Carrot Top’s sexual proclivities, philosophical musings of Dennis Miller, or even, apparently, the constitutionality of the filibuster, it is one that has long interested me.

A long time ago in a place far, far away* when I was teaching college, this was a topic of much controversy. When Steven Taylor (not yet known far and wide as PoliBlogger) and I arrived at Troy State in the fall of 1998, we were among very few faculty members who regularly wore a jacket and tie–or, indeed, anything more dressy than jeans and a ragged sport shirt–to teach there.** I had a similar experience the year I taught JuCo and the year I was at Tennessee-Chattanooga.

For whatever reason, very few college professors outside of the business school dress in a manner that is customary in the other professions. This always struck me as rather odd. And it is a recent development. Even when I was an undergraduate, most of my professors at least wore neckties, even if they were often rather dated. Forty years ago, graduate students were expected to come to class decked out in a jacket and tie.**

Like Lemon, I find the slovenly attire of the professoriate disturbing, for similar reasons. Few of us would feel confident hiring an attorney who was in blue jeans and a faded sweatshirt–even if we knew they’d dress appropriately for court. It would convey the message that they were unserious and unprofessional. It is no wonder to me that college professors tend not to be perceived as professionals on par with attorneys and physicians, despite having more education than the former.

**Yes, I’m being gender-specific. Certainly, not that long ago, the profession was male-dominated. Perhaps because of this, the female professors tend to dress up more in my experience. 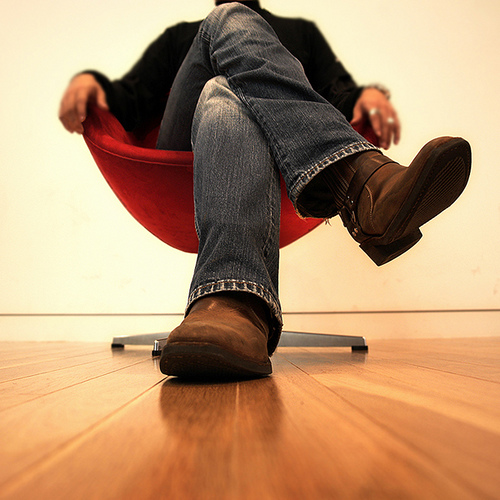 George Will – Never in Blue Jeans