The Somali pirates operating in the Gulf of Aden have gone on a spree:

At least 17 ships and more than 250 hostages are now in pirate hands.

“There were two more hijackings today. There is one Italian-operated British-owned ship and a Taiwanese vessel near the Seychelles,” an official involved in regional piracy monitoring told AFP on condition of anonymity.

The Seychelles government said it received a distress call saying that a Taiwanese fishing vessel, the MV Winfar 161, and its 29 crew was hijacked in its exclusive economic zone, north of Denis island.

Apparently, the pirates are venturing further out into the Indian Ocean to avoid the ships of the navies of the United States, France, India, China, and other countries that are now patrolling the Gulf of Aden.

Somali piracy continues to be a thorny problem. As costly as the problem has been—tens or even hundreds of millions have been paid out in ransoms so far—deploying navies is even more expensive. The application of more force won’t make it any more cost-effective and the barriers to entry are quite low.

The real solution to the problem is an effective Somali central government, capable of tracking down the pirates, putting them down, and bolstering the local economy to provide alternatives. Consolidating government has been the exception rather than the rule in the Horn of Africa so I honestly don’t see prospects for relief any time soon.

At the margins Somali piracy causes the price of oil to increase so we’re all bearing its costs to some degree. However, what it really does is reduce the comparative advantage of Gulf oil, making Nigeria, Venezuela, Mexico, and other suppliers more competitive. That reduces revenues for the Gulf oil producers. IMO our efforts should be more concentrated on motivating the Gulf states to increase the protection they’re willing to provide for shipping in the region than in providing it outselves. 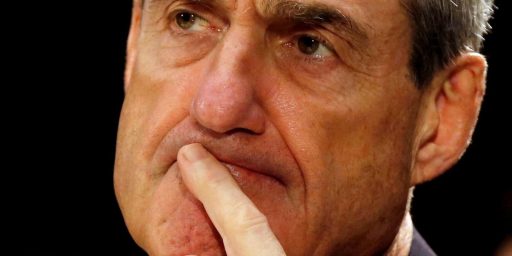