South Korea has elected a new President who breaks with his impeached predecessor in favoring dialogue with the North. 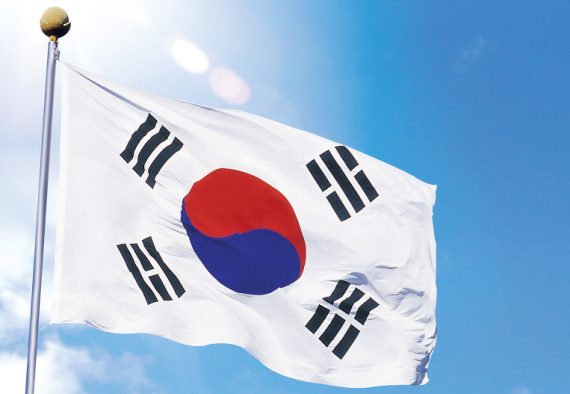 South Korean voters have elected a new President who backs talks with the North, a move that could have interesting implications for tensions on the peninsula:

SEOUL, South Korea — South Korea elected Moon Jae-in, a human rights lawyer who favors dialogue with North Korea, as president on Tuesday, returning the nation’s liberals to power after nearly a decade in the political wilderness and setting up a potential rift with the United States over the North’s nuclear weapons program.

His victory caps a remarkable national drama in which a corruption scandal, mass protests and impeachment forced a South Korean president from office for the first time in almost 60 years, leaving the conservative establishment in disarray and its former leader in jail.

Mr. Moon, 64, a son of North Korean refugees, faces the challenge of enacting changes to limit the power of big business and address the abuses uncovered in his predecessor’s downfall, while balancing relations with the United States and China and following through on his promise of a new approach to North Korea.

His election also scrambles the geopolitics over North Korea’s nuclear arsenal. Even as the Trump administration is urging the world to step up pressure on Pyongyang, it now faces the prospect of a critical ally — one with the most at stake in any conflict with the North — breaking ranks and adopting a more conciliatory approach.

Mr. Moon has argued that Washington’s reliance on sanctions and pressure has been ineffective and that it is time to give engagement and dialogue with the North another chance, an approach favored by China. He has also called for a review of the Pentagon’s deployment of an antimissile defense system in South Korea that the Chinese government has denounced.

In a nationally televised speech before cheering supporters, Mr. Moon declared that he would “be a president for all the people.” He said he would work with political rivals to create a country where “justice rules and common sense prevails.”

With 92 percent of the ballots counted early Wednesday, Mr. Moon was in first place with 40 percent of the vote, according to the National Election Commission. He was followed by Hong Joon-pyo, a conservative who had pledged a tough stance against North Korea, with 25 percent, and Ahn Cheol-soo, a centrist, with 21 percent.

Mr. Moon had a larger vote lead over Mr. Hong than the number of votes that remained uncounted, the Yonhap News Agency reported. Official results were expected later on Wednesday.

Mr. Moon’s position on North Korea is a sharp departure from that of his two immediate predecessors, conservatives who tended to view anything less than strict enforcement of sanctions against the North as ideologically suspect.

While he condemned “the ruthless dictatorial regime of North Korea” during his campaign, Mr. Moon also argued that South Korea must “embrace the North Korean people to achieve peaceful reunification one day.”

“To do that, we must recognize Kim Jong-un as their ruler and as our dialogue partner,” he said. “The goal of sanctions must be to bring North Korea back to the negotiating table.”

David Straub, a former director of Korean affairs at the State Department and a senior fellow at the Sejong Institute, a think tank near Seoul, warned of “serious policy differences between the U.S. and South Korean presidents” over North Korea and related issues. He added that these differences could lead to “significantly increased popular dissatisfaction with the United States in South Korea.”

China, on the other hand, is likely to welcome Mr. Moon’s election, which may make it easier for it to deflect pressure from the United States to get tough on North Korea and strengthen its argument that Washington must address the North’s concerns about security.

Some analysts suggest Mr. Moon’s victory would lower the temperature of the North Korean standoff, prompting Washington and Pyongyang to pause and assess the effect of the new government in Seoul on their policies. Satellite images indicate the North has been preparing to conduct a sixth nuclear test, and the Trump administration has engaged in a heated campaign of implied threats and military posturing to stop it.

Mr. Moon’s view of North Korea echoes the approach of the two liberal presidents who held power from 1998 to 2008 and pursued a so-called sunshine policy toward the North that included diplomatic talks, family reunions and joint economic projects, such as the Kaesong industrial park in North Korea, near the demilitarized zone.

But that era was punctuated by the North’s first nuclear test, conducted in 2006, and much has changed on the Korean Peninsula since.

With four more tests under its belt, each more powerful than the last, and a rapidly advancing ballistic missile program, North Korea poses a greater threat to the South and appears to be closing in on nuclear arms capable of striking the United States. Mr. Moon also faces a mercurial adversary in Kim Jong-un, 33, who took power in Pyongyang after the death of his father in late 2011.

Critics say any attempt by Mr. Moon to revive the sunshine policy — perhaps by reopening Kaesong, which his disgraced predecessor, Park Geun-hye, shut down last year — would give North Korea a lifeline it could use to reduce its economic dependence on China, weakening Beijing’s leverage over it and strengthening Mr. Kim’s hand.

The American missile defense system, known as Terminal High Altitude Area Defense, or Thaad, presents another test for Mr. Moon. It went into operation last week, and Mr. Moon has complained that its deployment was rushed to present him with a fait accompli. But if he tries to undo it, he could strain the alliance with Washington while leaving the impression of bowing to Chinese pressure.

That could be politically fatal in South Korea, where the public, across the political spectrum, is wary of the country appearing too deferential to big powers. Many South Koreans complained that the United States had foisted Thaad on their nation, but they also fumed about retaliatory economic measures taken by China in response to its deployment.

Acknowledging the complexity of the challenges he faces, Mr. Moon has been careful to say that when he promised to review the Thaad deployment, he did not necessarily mean he would reverse it.

And while he has said South Korea must “learn to say no” to Washington, he has emphasized that any diplomatic overture toward North Korea will be grounded in the South’s alliance with the United States. He has also often expressed gratitude to the United States for protecting the South from Communism and supporting its transformation into a prosperous democracy.

In many respects, it appears that Moon’s election can be attributed as much to domestic concerns as they can to the ongoing tensions with the DPRK, perhaps almost exclusively in fact. The impeachment and removal from office of Moon’s predecessor was a major setback for the coalition of conservative parties that supported her, and previous reports had indicated widespread public disdain for those parties regardless of who was leading them. That likely means that, at least in the short term, Moon’s Presidency will be mainly focused on efforts to clean up domestic politics in the Republic of Korea and combat the close relationships between  the central government and South Koreas major business entities that have driven the nation’s economic revival that has helped it recover from the financial and monetary crisis that struck the nation in the 1990s and 2000s. That close relationship was at the heart of the corruption charges that led to the impeachment crisis that made this election necessary, and from the coverage that the race actually got here in the United States, which was sparse, it was clear that the corruption that led to those events was forefront in the mind os South Korean voters when they headed to the polls. As a result, it’s hard to say that Moon’s statements about the North, with the implication of a less confrontational stance toward the North, played a big role in the outcome of the election.

In any case, it’s not necessarily a bad thing that South Korea has elected a President more open to dialogue with the North at a time when tensions appear to be on the rise. If there’s ever going to be a solution to the problem of the DPRK that doesn’t end in a military confrontation that would be a humanitarian disaster regardless of the fact that the outcome would ultimately be the downfall of the Kim regime, it’s going to have to come via some diplomatic solution, and that’s going to require getting North Korea back to the bargaining table that they rejected several years ago when they began their current practice of raising tensions with the South, with the United States, and even with their supposed allies in China. Perhaps the best way to do that could be throw some form of a “carrot and stick” approach that involves the U.S., South Korea, and China enticing the younger Kim to back away from his current path with a combination of the promise of better ties with the south that could lead to a better economy in the north and the reminder that failing to chose the path of diplomacy and continuing to escalate tensions could lead to a military confrontation that they could not win. At the very least, it’s worth a try.