A pro-Republican SuperPAC may be bringing the Jeremiah Wright story back. That would be bad news for the Romney campaign. 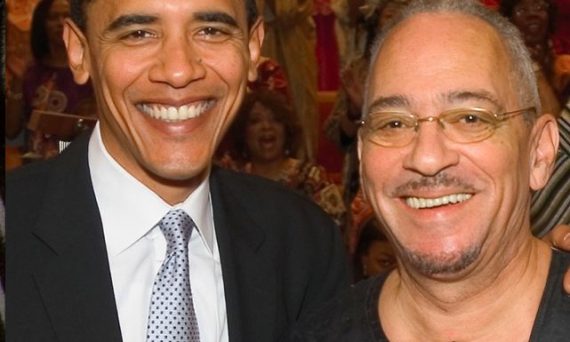 The New York Times is out this morning with a report about a Republican-aligned Super-PAC, funded primarily by the man behind TD Ameritrade, that is apparently considering unleashing a series of harsh focusing on something conservatives haven’t really stopped talking about for the past four years, the President’s ties to Reverend Jermiah Wright:

WASHINGTON — A group of high-profile Republican strategists is working with a conservative billionaire on a proposal to mount one of the most provocative campaigns of the “super PAC” era and attack President Obama in ways that Republicans have so far shied away from.

Timed to upend the Democratic National Convention in September, the plan would “do exactly what John McCain would not let us do,” the strategists wrote.

The plan, which is awaiting approval, calls for running commercials linking Mr. Obama to incendiary comments by his former spiritual adviser, the Rev. Jeremiah A. Wright Jr., whose race-related sermons made him a highly charged figure in the 2008 campaign.

“The world is about to see Jeremiah Wright and understand his influence on Barack Obama for the first time in a big, attention-arresting way,” says the proposal, which was overseen by Fred Davis and commissioned by Joe Ricketts, the founder of the brokerage firm TD Ameritrade. Mr. Ricketts is increasingly putting his fortune to work in conservative politics.

The $10 million plan, one of several being studied by Mr. Ricketts, includes preparations for how to respond to the charges of race-baiting it envisions if it highlights Mr. Obama’s former ties to Mr. Wright, who espouses what is known as “black liberation theology.”

The group suggested hiring as a spokesman an “extremely literate conservative African-American” who can argue that Mr. Obama misled the nation by presenting himself as what the proposal calls a “metrosexual, black Abe Lincoln.”

A copy of a detailed advertising plan was obtained by The New York Times through a person not connected to the proposal who was alarmed by its tone. It is titled “The Defeat of Barack Hussein Obama: The Ricketts Plan to End His Spending for Good.”

This wouldn’t be the first time that a pro-Republican third party group tried to use the Reverend Wright issue in an ad directed against the Barack Obama. In the final week or so of the 2008 campaign, as polls were continuing to show Obama/Biden pulling away from McCain/Palin despite the fact that the GOP’s allies were continuing to bring up Reverend Wright, Bill Ayers, and the allegedly “radical past” of the Democratic nominee for President, a group called the National Republican Trust put this ad on the air in key battleground states:

Based on the Times story and the storyboard mockups that accompany the article, though, it seems rather apparent that what Ricketts and the people advising him would be far more negative:

The 54-page proposal was professionally bound and illustrated with color photographs, indicating that it is far beyond a mere discussion. The strategists have already contacted Larry Elder, a black conservative radio host in Los Angeles, about serving as a spokesman, and the plan calls for a group of black business leaders to endorse the effort. The strategists have also registered a domain name, Character Matters.

The proposal suggests that Mr. Ricketts believes the 2008 campaign of Senator John McCain erred in not using images of Mr. Wright against Mr. Obama, who has said that the pastor helped him find Jesus but that he was never present for Mr. Wright’s politically charged sermons. Mr. Obama left the church during the campaign.

Apparently referring to a Wright ad that was produced for the McCain campaign by Mr. Davis’s firm but never used, the proposal opens with a quote from Mr. Ricketts: “If the nation had seen that ad, they’d never have elected Barack Obama.”

The planning document is emblazoned with the logo of Strategic Perception, the political advertising firm of Mr. Davis, the colorful Republican operative who last worked on the Republican presidential campaign of former Gov. Jon M. Huntsman of Utah. Included on his “Recommended Team of Pirates” are the former Huntsman pollster Whit Ayres and the McCain campaign Internet strategist Becki Donatelli.

The document, which was written by former advisers to Mr. McCain, is critical of his decision in 2008 not to aggressively pursue Mr. Obama’s relationship with Mr. Wright. In the opening paragraphs of the proposal, the Republican strategists refer to Mr. McCain as “a crusty old politician who often seemed confused, burdened with a campaign just as confused.”

“Our plan is to do exactly what John McCain would not let us do: Show the world how Barack Obama’s opinions of America and the world were formed,” the proposal says. “And why the influence of that misguided mentor and our president’s formative years among left-wing intellectuals has brought our country to its knees.”

The plan is designed for maximum impact, far beyond a typical $10 million television advertising campaign. It calls for full-page newspaper advertisements featuring a comment Mr. Wright made the Sunday after the attacks of Sept. 11, 2001. “America’s chickens are coming home to roost,” he said.

The plan is for the Democratic National Convention in Charlotte, N.C., to be “jolted.” The advertising campaign would include television ads, outdoor advertisements and huge aerial banners flying over the convention site for four hours one afternoon.

The fact that one of the “brains” behind this operation is Fred Davis, who in addition to being one of  the people who was giving Jon Huntsman horribly bad advice last year is also the man behind such ads as the John McCain “Celebrity” ad from 2008, the Carly Fiorna “Demon Sheep” ad from 2010, and the Christine O’Donnell “I’m Not A Witch” ad from that same year, tends to give the entire thing an air of absurdity. However, if Ricketts and his SuperPAC actually did go down this road I think it’s pretty clear what would happen.

In short, it would be a disaster for the Romney campaign.

If Mitt Romney is going to win this election it’s going to be based on the economy and the argument that he would be a better steward of government than Barack Obama has been. He’s not going to win by arguing that Barack Obama isn’t prepared to be President, or by attacking his character, or by trying to make an issue out of his past. Though they don’t like to admit it, the right tried all of those arguments in 2008, and they failed miserably. More importantly, as I’ve noted before, the Reverend Wright story is one that Obama was confronted with by the media throughout the Democratic Primary campaign, especially during the months of March and April 2008, and it’s something that he successfully dealt with and put behind him. Arguing that the public is unaware of the Wright story is simply absurd. The reality is that Obama was already evaluated on this story four years ago, and the public quite obviously determined it was irrelevant and that the rantings of a crazy old coot of a preacher had little to do with the kind of man Barack Obama was, or the kind of President he would be. Bringing this story up now is going to nothing other than stir up racial resentment, alienate independents, and distract the entire campaign from issues such as jobs and the economy, and that’s the last thing that the Romney campaign should want.

Of course, what helps the Romney campaign isn’t really what Ricketts cares about, and it probably isn’t motivating the Fred Davis’s of the world when they pitch ideas like this to politically active people with a alot of money. Matthew Yglesias explains why:

Lots of political spending is basically a business proposition. Businesspeople make donations to support the re-election of politicians who are friendly to their interests and to broadly maintain privileged access to legislators who they may call on for specific favors. But the kind of spending Ricketts is contemplating here is simply too large to be driven by a narrow calculation of profit and loss. It only makes sense for Ricketts to cut that check if the campaign it underwrites has a lot of expressive value for Ricketts personally. And while I don’t know any objective observers who think a focus on Jeremiah Wright is damaging to the president (it’s hard to sow doubts about someone who’s been in office for four years and every day the campaign isn’t focused on mass unemployment is a win for an incumbent running amidst mass unemployment) it’s obvious that a lot of hard-core Republicans do think this way. It’s psychologically comforting to many conservatives to believe that Obama won in 2008 not because of the extremely unpopularity of the GOP, but because the media failed to “vet the prez” and expose his links to black radicalism.

If you’re Fred Davis or any other consultant eager to help himself to a slice of Ricketts’ $10 million investment, coming up with a cost-effective plan for damaging Obama’s re-election campaign is pointless. What you want to do is come up with a plan that appeals to Ricketts’ sensibilities and makes him want to spend the money.

That about sums it up, and if Ricketts wants to spend his $10 million on a slew of campaign ads that do nothing but engage in race baiting, that’s exactly what he’ll do. The Romney campaign can distance itself from the ads as much as it wants, it can continue talking about the economy, and it can (correctly) point out that they are legally barred from coordinating messages with a SuperPAC, but the undeniable truth is that if these ads run and they backfire, it will be Mitt Romney who’s damaged the most and not Joe Ricketts.

Update: The Romney campaign has repudiated this idea, and Ricketts himself has done so as well. This suggests that the plan is dead, but it’s always possible Fred Davis will be able to sucker some other rich guy into putting money behind this thing.