For the first tine in nearly ten years, the Supreme Court has agreed to hear a case involving Second Amendment rights. 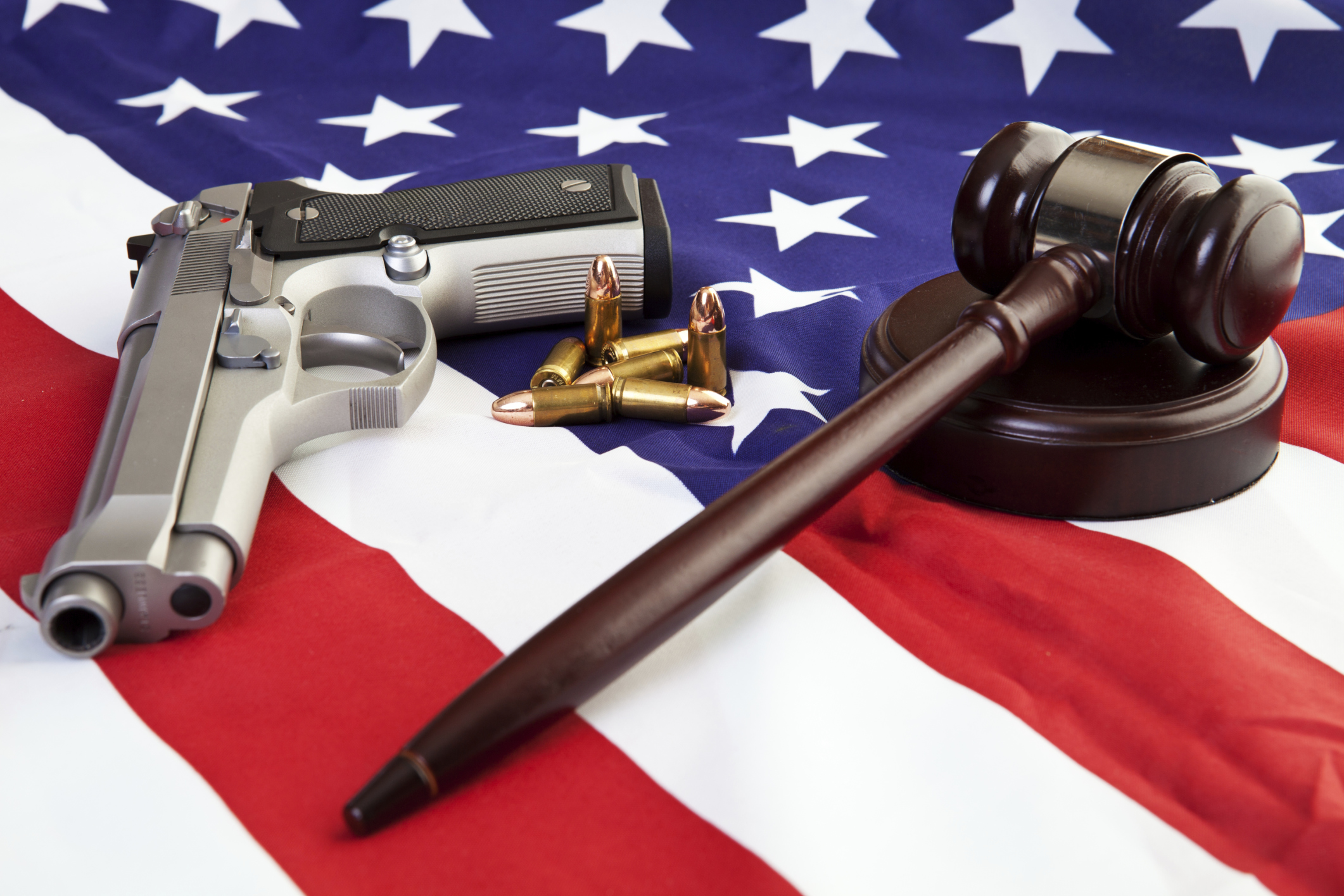 For the first time in nearly ten years, the Supreme Court has agreed to accept an appeal in a case involving the Second Amendment, specifically a case from New York City that bars legal gun owners from taking the weapons outside the city:

WASHINGTON — The Supreme Court agreed on Tuesday to hear a challenge to a New York City gun ordinance that does not allow people licensed to have guns in their homes to transport the weapons outside the city.

The court has not heard a Second Amendment case since 2010. The new case will illuminate the court’s approach to gun rights after the arrival of Justice Brett M. Kavanaugh in October installed a reliable five-member conservative majority.

The city’s ordinance allows residents with so-called premises licenses to take their guns to one of seven shooting ranges within the city limits. But the ordinance forbids them to transport their guns anywhere else, including second homes and shooting ranges outside the city, even when they are unloaded and locked in a container separate from ammunition.

Three city residents and the New York State Rifle & Pistol Association sued to challenge the law but lost in a Federal District Court in Manhattan and in the United States Court of Appeals for the Second Circuit. A unanimous three-judge panel of the Second Circuit ruled that the ordinance passed constitutional muster under District of Columbia v. Heller, the 2008 Supreme Court decision that established an individual right to keep guns in the home for self-defense.

In urging the Supreme Court to hear their appeal in the case, New York State Rifle & Pistol Association v. City of New York, No. 18-280, the challengers said the restrictions imposed by the New York City ordinance were unique in the nation and made no sense.

“Only New York City flatly prohibits its residents from removing their lawfully purchased and duly registered handguns from the city limits, even to transport them (unloaded, and locked up) to second homes at which they are constitutionally entitled to possess them, or to out-of-city shooting ranges or competitions at which they are constitutionally entitled to hone their safe and effective use,” the challengers’ brief said.

“That prohibition does not even make sense on its own terms,” the brief said. “It has the perverse consequences of forcing New Yorkers to leave their handguns behind in their vacant residences whenever they leave the city for an extended period of time.”

Lawyers for the city responded that the law was justified by public safety considerations. Before 2001, their brief said, the city offered a license that allowed owners to take their guns to shooting ranges outside the city.

The Police Department, the brief said, “observed widespread abuses.” Firing ranges within the city must keep detailed records, the brief said, but people with the old licenses who were found with guns outside their homes could claim to be headed to a range outside the city that did not keep such records.

David Kopel at The Volokh Conspiracy summarizes the case and the history of this case in particular that is worth reviewing but which defies being fairly summarized and, at SCOTUSBlog, Amy Howe comments on the Court’s decision to accept the appeal:

In 2008, the Supreme Court ruled that the Second Amendment protects an individual’s right to have a handgun at home for self-defense. Two years later, the justices made clear that this right also applies against state and local governments. Since then the Supreme Court has repeatedly declined to say anything more about how far states and cities can go in restricting gun rights, but today it granted a plea to weigh in, this time in a case from New York City.

The request for review came from the New York State Pistol and Rifle Association and a group of gun owners who live in the city. They were challenging the city’s ban on transferring even licensed, unloaded guns anywhere outside the city limits – including to a weekend home or shooting range for target practice – restrictions they describe as “draconian.” After the lower courts rejected their challenge and upheld the restrictions, the NYSPRA and gun owners went to the Supreme Court

Today the justices granted review in the case, New York State Rifle & Pistol Association v. New York. The Supreme Court’s calendar for April was already full before last week’s conference, so the new grant likely won’t be argued until the fall. The justices’ eventual ruling in the case could stick to the relatively narrow question of whether the city’s law is constitutional, or it might shed light on a broader and more consequential question: whether the right to have a gun extends outside the home. Either way, the court’s opinion in the case probably won’t come until the spring of 2020.

The most notable thing about this case, of course, is the fact that the Court accepted it at all. After the Court’s decision in D.C. v. Heller in 2008, in which the court found both that the Second Amendment protected an individual right to keep and bear arms and that a District of Columbia law that effectively banned people from keeping a gun in their home, a ruling which was extended to the states in 2010’s McDonald v. Chicago, the Justices have been reluctant to take up Second Amendment cases. In fact, the Court has up until now passed up reviewing a number of seemingly important cases dealing with various Second Amendment issues.

Among these are a  2013 decision to decline to accept  a case involving New York State’s laws regarding carrying guns in public , a decision in 2014 to decline a similarly restrictive New Jersey law regarding carrying concealed weapons, a 2015 case involving San Francisco’s law regulating handguns, and a 2016 decision regarding laws adopted by New York and Connecticut in the wake of the shooting at Sandy Hook Elementary School. At the end of the last term, At the end of its last term, the Court declined to hear an appeal of the Ninth Circuit Court of Appeals ruling upholding California’s law regarding the concealed carry of weapons. Most recently, in November the Court declined to hear a case challenging Maryland’s ban on so-called “assault weapons. In February, the Court declined to review of a Ninth Circuit opinion upholding a California law that imposes a ten-day waiting period on gun purchases. Finally and most recently, in May the Court declined to review another case from California regarding local laws that bar new gun stores in unincorporated areas within 500 feet of a residential neighborhood, school or day care center.

One of the most notable things about many of the cases listed above is the fact that, in many of them a handful of Justices took it upon themselves to take the somewhat unusual step of dissenting from the decision not to review the case Ordinarily, of course, the court does not explain why it accepted or denied a case, and there is no comment from the Justices who disagreed with that decision. The only thing that can be gathered in such cases is that there were not four Justices who could agree to take the case. Typically those dissents came from Justices Scalia and Thomas, with Justice Alito joining in on occasion. When Justice Scalia died, the dissents continued to come from Justices Thomas and, sometimes, Alito. Now, we finally have a case where four Justices agreed to accept a case, and I’d guess that those four most likely include Justices Thomas, Alito, Gorsuch, and Kavanaugh, suggesting that the Chief Justice is likely to be the tipping point in this case.

In any case, as to the merits of this case, it appears to me that New York City has a tough burden to overcome here. The Plaintiffs aren’t asking for the right to carry their weapons in the city, they are merely asking to be allowed to take their weapons outside the city, ostensibly to shooting ranges elsewhere in the state. As described in the case summaries that I’ve read, the city’s argument in favor of the law seems to be rather weak. As noted above, one of the arguments in particular, regarding the safety issues involved in allowing gun owners to transport their weapons outside the city is particularly weak because it ignores the fact that there is arguably more danger involved in compelling them to leave the weapon behind in an unoccupied home or apartment. However, it’s far too early to be predicting how the case will be decided.

As Howe notes above, this case is going to be pending on the Court’s calendar for a while. The Court has already filled all of the argument slots available through the end of the year. This means that the case will not be scheduled for oral argument until sometime early in the October 2019 Term and that a decision is unlikely before the Spring of 2020. In the meantime, you can keep track of developments and related filings at the SCOTUSBlog Information Page for the case.