Continuing a pattern that has gone on for eight years now, the Supreme Court has declined to hear another appeal regarding a Second Amendment challenge to state gun control laws. 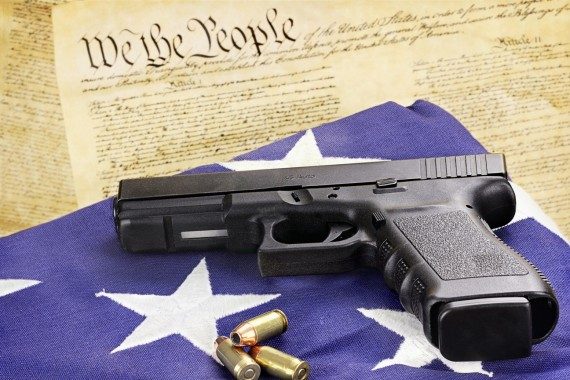 In what has seemed to become a pattern dating back the better part of a decade now, the Supreme Court has once again declined to accept for review an appeal in a challenge to California’s ten-day waiting period on gun purchases:

WASHINGTON — The Supreme Court on Tuesday declined to hear a Second Amendment challenge to a California law that imposes a 10-day waiting period on firearms purchases.

As is their custom, the justices gave no reasons for deciding not to hear the case. The court has turned away many Second Amendment cases in recent years, to the frustration of gun-rights groups and some conservative justices.

Justice Clarence Thomas filed an impassioned 14-page dissent in the case, Silvester v. Bercerra, No. 17-342. “As evidenced by our continued inaction in this area,” he wrote, “the Second Amendment is a disfavored right in this court.”

In 2008, in District of Columbia v. Heller, the Supreme Court ruled that the Second Amendment protects an individual right to keep guns at home for self-defense.

Since then, the court has said little about what other laws may violate the Second Amendment. In the lower courts, few challenges to gun control laws since the Heller decision have succeeded.

The California law at issue in the new case was upheld by the United States Court of Appeals for the Ninth Circuit, in San Francisco, which accepted the state’s arguments that the waiting period was justified by the need to conduct background checks and the desirability of a “cooling off” period for gun buyers inclined to commit immediate violence.

Justice Thomas wrote that many background checks can be completed quickly and that the cooling off period made no sense for people who already owned a gun. “Common sense suggests that subsequent purchasers contemplating violence or self-harm would use the gun they already own, instead of taking all the steps to legally buy a new one in California,” he wrote.

He said the appeals court’s decision was one of many in which Second Amendment rights have not been taken seriously in the lower courts.

“The Ninth Circuit’s deviation from ordinary principles of law is unfortunate, though not surprising,” Justice Thomas wrote. “Its dismissive treatment of petitioners’ challenge is emblematic of a larger trend.”

“The right to keep and bear arms is apparently this court’s constitutional orphan,” Justice Thomas wrote. “And the lower courts seem to have gotten the message.”

As is typically the case, the Court did not provide any explanation for why it declined to accept this case for review, and it’s often a mistake to draw conclusions from the fact that a petition for review was denied in a particular case. The only thing that can be said with any with any degree of certainty is that there were not four votes in favor of accepting the case, which is the minimum required for the Court to accept a case. Why that is the case is something that the Justices generally don’t discuss, and we may have to wait until one of the Justices retires and write the memoirs to learn why it is the Court has been so consistent declining to hear appeals in gun control cases over the past decade. That doesn’t typically happen, though, so the best we’re left with is speculation.

All that being said, it hasn’t gone without notice that the Court has rather consistently declined to hear appeals in cases involving arguments under the Second Amendment. In fact, the last such case which the Court accepted and handed an opinion down in was its 2010 opinion in McDonald v. Chicago, in which the Court struck down Chicago’s far-reaching ban on handgun ownership pursuant to its previ0us ruling in District of Columbia v. Heller and formally ruled that, like the majority of the rest of the Bill of Rights, the Second Amendment was applicable to the states via the doctrine of incorporation. After those two decisions, many gun rights advocates hoped that it be the beginning of a series of cases in which the Court would strike down state and Federal gun control laws that they deem to be restrictive and violations of the Second Amendment. Examples of the kinds of laws these advocates had in mind included limitations on the concealed carry of weapons in public, bans on certain types of weapons such as so-called “assault weapons”, and laws such as the waiting period in California. Instead, what they’ve largely gotten is seven years of Federal Courts upholding challenges to such laws while the Supreme Court seems content to let those lower court orders stand.

The list of Second Amendment cases that the Court has declined to accept for review have covered a wide variety of laws and circumstances  Among these are a  2013 decision to decline to accept  a case involving New York State’s laws regarding carrying guns in public , a decision in 2014 to decline a similarly restrictive New Jersey law regarding carrying concealed weapons, a 2015 case involving San Francisco’s law regulating handguns, and a 2016 decision regarding laws adopted by New York and Connecticut in the wake of the shooting at Sandy Hook Elementary School. At the end of the last term, At the end of its last term, the Court declined to hear an appeal of the Ninth Circuit Court of Appeals ruling upholding California’s law regarding the concealed carry of weapons. Most recently, in November the Court declined to hear a case challenging Maryland’s ban on so-called “assault weapons.: In many of these cases, there were dissents filed by Justices Thomas and Scalia, and after Justice Scalia’s passing, by Justice Thomas alone, dissenting from the Court’s decision to decline to review each particular case. In each of those dissents, the respective Justices argued that the Court should have accepted review for one reason or another, and arguing in obvious frustration that the Court has let rulings upholding these and other state laws stand rather than stepping in and taking up the appeal and that the trend that I’ve noted hear sends the signal to lower Courts that the Supreme Court isn’t going to place a priority on cases arising under the Second Amendment. Justice Thomas makes similar arguments in the dissent he filed in this case.

In his post at Hot Air, Jazz Shaw reflects what are likely the frustrations of many gun rights advocates in the face of this pattern:

This is becoming disturbingly repetitive and depressing. Weren’t we supposed to have a “conservative Supreme Court” now? Perhaps not so much when it comes to the Second Amendment. After the Heller decision was handed down, the Supremes have seemed terribly gun shy (if you’ll pardon the phrase) about taking up any more cases affecting the rights of gun owners.

Since none of us are mind readers, it’s difficult to say why the Justices have been reluctant to take up any of these cases. In some cases, there have been procedural or other defects in connection with the case that made them inappropriate cases for a Supreme Court review, but that hasn’t been true of all these cases, and it’s hard to disagree with Thomas’s conclusion regarding the lesson that lower courts are likely drawing from all of this. One interesting thing to note is the fact that, prior to Justice Scalia’s death, he and Justice Thomas were the only Justices to sign on to the dissents that were filed when the Supreme Court failed to accept a particular case.

This fact leads one to wonder just how many Justices have ever been in favor of accepting these cases for review to begin with. It’s possible that other conservatives, such as Justice Alito or, perhaps now, Justice Gorsuch, have been among those who voted that the Court should accept a particular case but they chose not to sign on to the disssents that Scalia and Thomas have filed. Or, it’s possible that for an extended period it was only Scalia and Thomas taking that position and that now, it’s only Justice Thomas who is arguing in favor of taking up a particular gun rights case. While that doesn’t necessarily tell us how the Court might rule if it did accept an appeal in a Second Amendment case in the future, it’s an interesting thing to ponder. After all, if even the Courts four most conservative members (Roberts, Alito, Thomas, and Gorsuch) can’t all agree that the Court should accept one of these cases, then it could be that these gun rights advocates could rue the day the Court finally does accept one of these Second Amendment cases because the result could end up being something they wouldn’t like that would have nationwide implications. 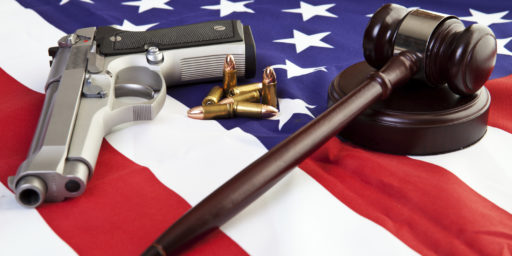