When the FBI essentially creates a terrorist in order to arrest him, have we really accomplished anything? 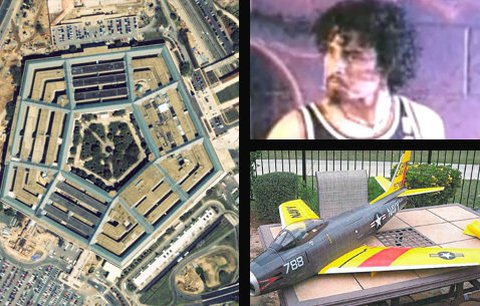 As James Joyner noted yesterday, the FBI arrested Rezwan Ferdaus, a 26 year-old American Muslim from Massachusetts on charges that he was plotting to carry out a terrorist attack against targets in Washington D.C. The details of the plot, as alleged in Ferdaus’s charging documents, make the entire seem thing very serious:

Ferdaus allegedly gave the undercover FBI agents a detailed set of attack plans “with step-by-step instructions as to how he planned to attack the Pentagon and Capitol,” according to the Department of Justice.

The plans focused on the use of three small remote-controlled drone-like aircraft loaded with C-4 plastic explosives, which he planned to fly into the Capitol and the Pentagon using GPS equipment, according to the DOJ.

Ferdaus’s plan allegedly evolved to include a “ground assault” as well, in which six people would coordinate an automatic weapons attack with the aerial assault and massacre whomever came into their path, according to the DOJ.

As it turned out, all of the overt acts that Ferdaus took toward this goal were took place under the guise of an FBI sting operation during which he was made to believe that he was in contact with al Qaeda agents in the United States who were assisting him in carrying out the plot. Without the assistance of the FBI agents who were guiding him slowly toward further incriminating himself, there seems to be very little evidence that Ferdaus had either the means or the opportunity to carry out any kind of terrorist attack, not the least anything on the scale of what he apparently had dreamed up on his own.

This isn’t the first time that a would-be terrorist has been caught up in FBI sting masquerading as a terrorist plot. Last November, the FBI carried out a high profile arrest of 19-year-old Mohamed Osman Mohamud, a Somali-American who thought he was engaging in a conspiracy to detonate a bomb during the lighting of the public Christmas Tree in Portland, Oregon. Just a month earlier, a Pakistani born American citizen was arrested for plotting to carry out terror attacks on the D.C. subway system, also as the result of an FBI sting operation. And back in 2009, Hosam Maher Husein Smadi, a 19 year old Jordanian immigrant was arrested in connection with a plot to bomb a Dallas skyscraper. In each of these cases, all of the actions that the men arrested took in furtherance of the alleged plots were done with the assistance of FBI agents posing as al Qaeda agents or sympathizers. In fact, in each of these cases there no evidence that any of the men had taken a single step in furtherance of the plot before they had come into contact with the FBI.

I agree with James Joyner that it’s probably a good thing that men like Fedraus are off the street, these types of arrests, and the FBI sting operations that bring them about, do raise the question of whether resources are being properly focused in hunting down domestic terror threats. As Benjamin Friedman notes, the logistical difficulties involved in the type of plot that Fedraus had in mind here, combined with his own limited resources without FBI assistance, suggest that the man was more likely a nominee for a Darwin Award than an imminent terrorist threat. This is a pattern that repeats itself throughout all of these sting operations, and, as Glenn Greenwald notes, it leads one to wonder if we’re using out law enforcement resources wisely:

Wouldn’t the FBI’s resources be better spent on detecting and breaking up actual Terrorist plots — if there are any — rather than manufacturing ones so that they can stop those?  Harboring hatred for the U.S. and wanting to harm it (or any country) is not actually a crime; at most, it’s a Thought Crime.  It doesn’t become a crime until steps are taken to attempt to transform that desire into reality.  There are millions and millions of people who at some point harbor a desire to impose violent harm on others who never do so: perhaps that’s true of a majority of human beings.  Many of them will never act in the absence of the type of highly sophisticated, expert push of which the FBI is uniquely capable.  Is manufacturing criminals — as opposed to finding and stopping actual criminals — really a prudent law enforcement activity?

If your effort is to stop actual attacks and uncover people living in the United States who may actually be in contact with foreign terrorist elements, it strikes me that the answer to Greenwald’s question is no. What are the odds, for example, that any of the four men I noted above would have done anything absent the prompting they received from coming into contact with FBI agents who are pretending to be al Qaeda operatives? Given the fact that none of them had any access to outside resources that didn’t come from the FBI, it’s quite likely that the answer is that those odds are pretty low.

Of course, there is another benefit to these types of operations. A high profile arrest like this reinforces the idea that we remain under imminent threat of another 9/11-style attack at any time. That reinforces the argument that the massive budget of the Department of Homeland Security, and the continued suppression of civil liberties in the name of “security.” Trotting another one of these wanna-be terrorists out every now and then is a good way for Federal anti-terror authorities to justify not just their continued existence, but their expansion, and it’s a great way to shout down those who suggest that, just maybe, it’s time to think about scaling back the authority Congress granted them when it passed the PATRIOT Act with barely enough time to discovery what was actually in it.

Fedraus committed a crime and he’ll likely spend the better part of the next two decades in a Federal Prison because of it, but perhaps we need to ask ourselves whether operations like this are really accomplishing anything.