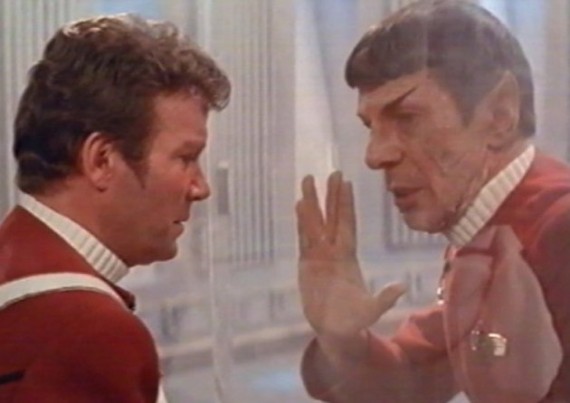 Conservatives get upset when the Supreme Court relies upon foreign law to make a legal point, so one wonders how they’ll feel upon learning who the Texas Supreme Court cited in it’s decision in Robinson v. Crown Cork and Seal:

Appropriately weighty principles guide our course. First, we recognize that police power draws from the credo that “the needs of the many outweigh the needs of the few.” Second, while this maxim rings utilitarian and Dickensian (not to mention Vulcan21), it is cabined by something contrarian and Texan: distrust of intrusive government and a belief that police power is justified only by urgency, not expediency.

See STAR TREK II: THE WRATH OF KHAN (Paramount Pictures 1982). The film references several works of classic literature, none more prominently than A Tale of Two Cities. Spock gives Admiral Kirk an antique copy as a birthday present, and the film itself is bookended with the book’s opening and closing passages. Most memorable, of course, is Spock’s famous line from his moment of sacrifice: “Don’t grieve, Admiral. It is logical. The needs of the many outweigh . . .” to which Kirk replies, “the needs of the few.”