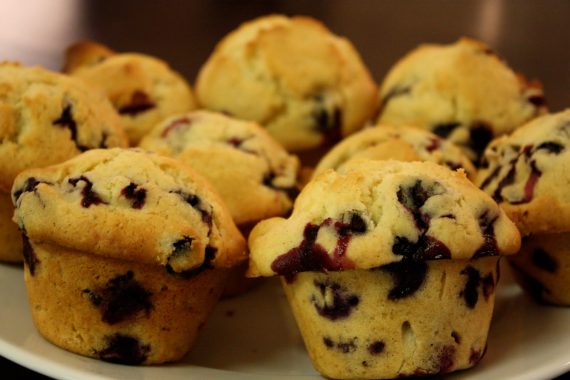 The people at Hilton have weighed in on those $16 muffins that the Department of Justice supposedly paid for:

Stung by an audit report this week that highlighted “$16 muffins” at a conference at the Capital Hilton in Washington, the hotel chain is fighting back, insisting the pricey pastries were not that expensive..

Hilton Worldwide responded to the much-publicized cost of the muffins, disputing the $16 per muffin charge cited by the Justice Inspector General in an audit of costs incurred at Justice Department conferences in 2008 and 2009.

“The contracted breakfast included fresh fruit, coffee, juice, and muffins, plus tax and gratuity for an inclusive price of $16 per person,” Hilton Worldwide said in a statement from corporate headquarters in McLean, Virginia.

The Office of Inspector General said it stands by its report, noting investigators examined receipts submitted for the reception.

But Hilton says “dining receipts are often abbreviated and do not reflect the full pre-contracted menu and service provided, as is the case with recent media reports of breakfast items approved for some government meetings.”

The report by the Inspector General noted the training conference for the Executive Office for Immigration Review held in August 2009 served 534 people. The conference attendees averaged a daily cost of $14.74 for refreshments over the five day meeting just above the $14.72 limit set by the Justice Department.

The Inspector General agreed the reception provided the free items Hilton says were included. But the tussle in a teapot centers on the receipt for $4,200 for 250 muffins and $2,880 for 300 cookies and brownies.

“By itemizing these costs, we determined that with service and gratuity muffins cost over $16 each and cookies and brownies cost almost $10 each,” the Inspector General report said.

That’s basically the explanation that Kevin Drum came up with earlier this week and, as James Joyner notes, this seems to be a fairly standard way of billing in the hotel industry, as well as other places. So, no there weren’t really $16 muffins, and focusing on them has kind of missed the point of what that Inspector General’s audit was really all about. 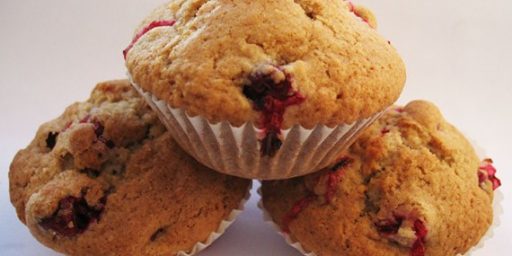