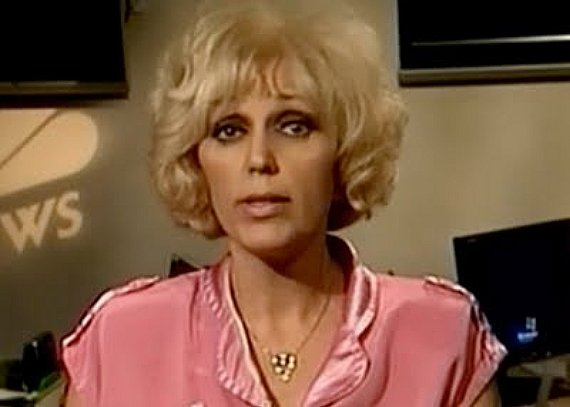 The polls in California close in about seven hours, but already Republicans are worried that a combination of low turnout and a quirky electorate could put the queen bee of the birther movement on the ballot in November:

California Republicans optimistic about their prospects in November could find themselves with a bit of a problem after the votes are counted in Tuesday’s primaries — a statewide ticket with the so-called “Birther Queen” as one of their candidates.

Orly Taitz is an Israeli émigré who has spent the past two years filing lawsuits challenging President Barack Obama’s right to be president on the grounds that he was born in Kenya. In the process, she has earned herself $20,000 in court fines.

Now she’s running for the GOP nomination for secretary of state, and with her establishment-backed primary opponent mounting a less-than-stellar campaign against her, operatives say there’s a chance she could win.

“It’d be a disaster for the Republican party,” says James Lacy, a conservative GOP operative in the state. “Can you imagine if [gubernatorial candidate] Meg Whitman and [candidate for Lt. Gov.] Abel Maldonado — both of whom might have a chance to win in November — had to run with Orly Taitz as secretary of state, who would make her cockamamie issues about Obama’s birth certificate problems at the forefront of her activities?”

“There is no Republican candidate for statewide office that would be willing to have her campaign with them,” says Adam Probolsky, a spokesman for the Orange County Republican Party.

Indeed, but if Taitz were to somehow pull off a victory today she would become the poster child for every Democrat running against every Republican across the country. And the birthers, who have fortunately mostly retreated into the dark spaces of American politics, would be handed an inadvertent victory that would only serve to energize them once again.

How likely is it that Taitz could win ? It’s hard to say mostly because nobody polls the down-ballot races in California and Taitz’s opponent has chosen not to run an aggressive campaign against her. The Washington Post’s Dave Weigel outlined how it could happen earlier today:

Republican voters, brought out in sizable numbers by the contested primaries for governor and U.S. senator, fill out the rest of their ballot with progressively less information about their candidates. They know Taitz’s name from… somewhere. And she’s listed first on the ballot, thanks to the state’s randomized ranking system. (Some of these voters, of course, will know and avidly support her.) She’s identified on the ballot as an attorney, while Dunn is a real estate agent. They check off her name, and she wins.

On the other hand, Taitz has raised almost no money in this race, although how much that matters in a contest like that is unclear. In the meantime, the Field Poll predicts that no more than one-third of the state’s voters will vote today.

So, as Weigel says, Taitz could lose this in landslide or win it in squeaker, thus creating weeks of bad press for Republicans in California and beyond. If you don’t think that people in Washington and Sacramento are going to be watching this race when the polls close at 11pm EDT, you’re kidding yourself.