The Terrorist In The Mirror

There's a word for people who use outrageous violence to terrorize. 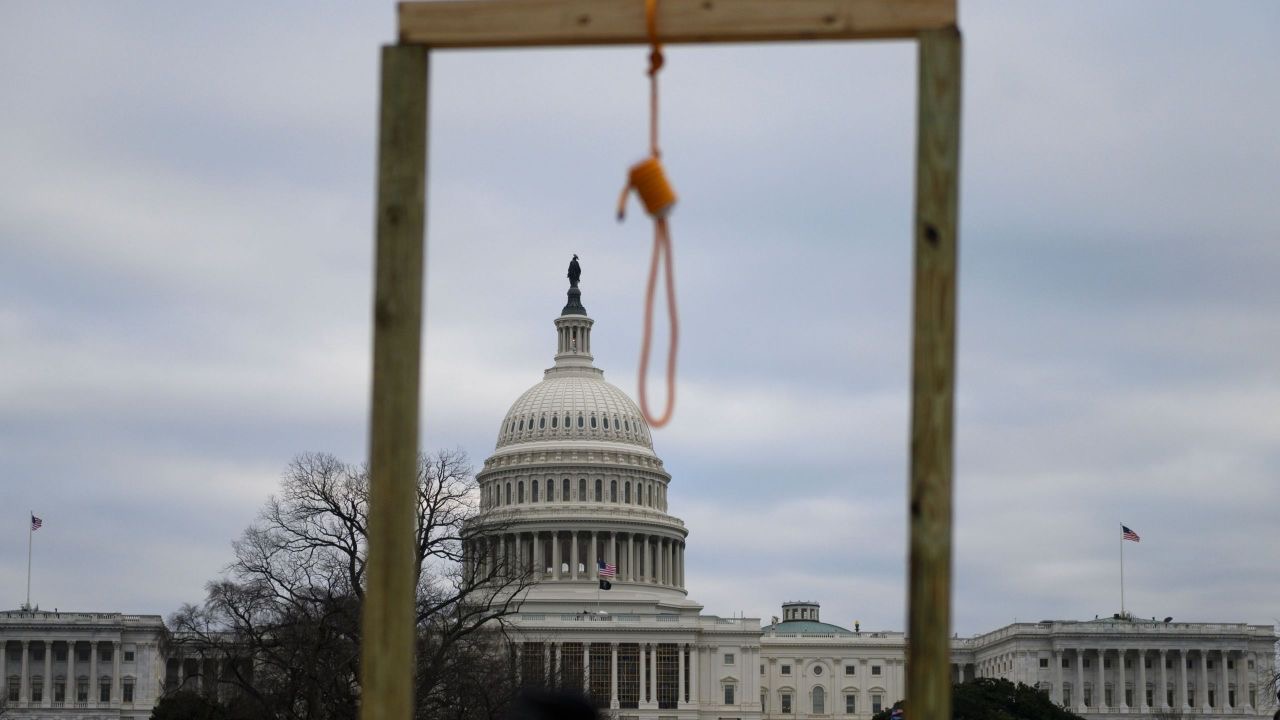 I am not an expert in terrorism, as defined in US law. I don’t know if members of the Capitol mob can be charged with terrorist acts, or whether there can be terrorism-related enhancements to the charges they will face. However, I do know a bit about terrorism as different political actors use it, and I can say with more certainty that Wednesday’s attack had the stink of terrorism all over it.

In a nutshell, terrorism is a strategy that political factions, often in the minority, use to intimidate their targets, or excite them into taking impulsive, counter-productive actions. Egregious violence, shattering all norms of what might otherwise be permissible, generates the ultimate goal, terror. The smaller the faction, the more outrageous the violence needs to be to get the desired effect. The horror generated by detonating a bomb in a busy public market, or crashing an airliner full of passengers into a skyscraper, is the point. If the target (usually a government) doesn’t accede to the terrorists’ demands, the terrorists hope that the government will heedlessly overreact. According to the tortured logic of the terrorists, this will lead to the alienation of the population (chafing under new security restrictions, for example) or some other pre-revolutionary condition.

Even though the Wednesday assault on the Capitol Building was not as horrific as, say, suicide bomb attacks, the intent was clearly to horrify and intimidate through egregiously violent action. The mob erected a gallows outside the Capitol, in a likely nod to the militant right-wing fantasies of The Turner Diaries. An insurrectionist left a threatening message on Nancy Pelosi’s desk. Battles with the police resulted in almost 60 police officers injured, 15 hospitalized, and one dead. Some members of the lumpenTrumpentariat talked openly about killing Vice President Mike Pence as they searched for him through the Capitol. Another carried zip ties, clearly intending to take legislators prisoner. (For trial? As hostages? Both are equally terroristic.) And many, many members of the mob talked about the Capitol assault being the first phase of revolution.

Immediately, people reading this will want to start parsing how many people in the mob actually supported this political strategy. My point here is not to count heads, because again, terrorism is the strategy of small groups. We just need to establish that terrorist thinking drove some of the people in that group. It didn’t take 5, 50, or 500 Timothy McVeighs to blow up the Alfred P. Murrah Federal Building in Oklahoma City.

The network that supports terrorism is already in place. Most, if not all, of the crowd supported the effort to intimidate politicians through violence. No one tried to tear down the gallows. No one on the videos that we have seen objected to the trashing of the Capitol Building or argued with people shouting threats against lawmakers. That, in itself, is deeply disturbing.

The only question now is, how much worse will it get? From the statements of many would-be revolutionaries, during and after the event, they certainly believe that the Capitol attack was only the first step. Their posting of these statements, as well as their identities, on social media is not in all cases the result of stupidity. For some, the brazenness is, again, intended to show how fearless they are in committing horrifying acts, and either explicitly or implicitly, how willing they are to do something similar, perhaps worse, in the future.

We have also seen the creation of the terrorist ecosystem in which militants execute these actions. There is a network used to recruit, organize, and support militants. There are the propagandists who create the grievance-driven terrorist narrative of perpetual outrage. And there are the cynical leaders who point out targets, confident that even though the language is indirect, the intention is clear. In other societies, these political leaders might be sheiks or clerics. Here, they are now elected officials in Washington and state capitals. Just as their counterparts in other societies do, these American bosses plan to escape any direct connection between their words and the actions of militants.

It may be hard for some Americans in 2021 to accept that terrorism is a part of our political culture. Those people might benefit from a variety of mental exercises. Science fiction is, perhaps surprisingly, a good source, such as the long plot line in Star Trek: Deep Space Nine in which sympathetic characters embrace terrorism, or Battlestar Galactica, in which humans revert to suicide attacks to fight their Cylon occupiers. But you don’t need to go to fictional extremes to visualize American terrorism. Just look at the history of post-Reconstruction oppression, often featuring horrifying violence designed to keep a population terrified. Read a book about the history of right-wing militancy, punctuated by both successful (Oklahoma City) and unsuccessful (kidnapping Gretchen Whitmer) terrorist operations. Conveniently, there is a terrorist symbol that bridges many of these moments in history: the Confederate battle flag.

Not in spite of the horror we felt at seeing the “temple of democracy” attacked on January 6, but because of the horror we felt, we can expect future actions like it. The only successful countermeasure is not a heated response, which often is counterproductive. (For example, the US invasion of Iraq arguably handed Al Qaeda a major victory.) Calm, deliberate prosecution is the best path. Following our own principles and laws, energetically find the culprits, charge them with crimes, and incarcerate them. Break up the terrorist network.

The truly hard part to deal with will be the fever dream in which a large number of Americans are lost. The generators of that delirium, Fox News, OANN, Newsmax, and the like, are more slippery targets than a disgruntled contractor who enjoyed having pictures taken of him while occupying Nancy Pelosi’s office and stealing her mail. However, the starting point for dealing with the sources of the the delirium — again, without abandoning our principles or laws — is the realization that these outlets occupy the same role as Hamas’ network, Al-Aqsa TV.

After a horrific moment like the Capitol attack, we struggle to find the right words. (We don’t even have a name for it yet. Capitol Attack? Black Wednesday? White Riot?) A few days later, we are less shaken by what we witnessed, and more capable of framing it effectively. Wednesday certainly was not just a protest. For some in the crowd, and others who agitated and directed them, it was a deliberate act of terror.