There Are No “Europeans”

The problem with Europe may not be the Euro, but the fact that there really aren't any Europeans. 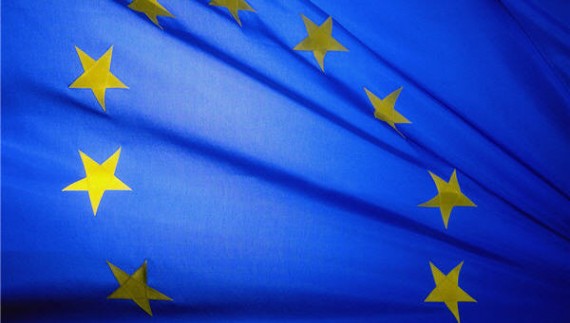 At the risk of finding myself sounding like Newt Gingrich or Rick Santorum when they discuss Palestinians, I find myself largely agreeing with Gareth Harding’s assertion that Europe as a united entity of any kind has always been largely a myth:

The European Union was built on the myth that we are one people with one common destiny — an “ever closer union,” in the words of the 1957 Treaty of Rome that founded what was then called the European Economic Community. We are now discovering that regional and national differences are not dissolving and that Europeans think and act very differently from one another. The British view of the state’s role is very different from the French view. The Greek or Italian concept of law is very different from that of Sweden or Denmark. Latvians have a very different view of Russia from Germans. What an Irishman is prepared to pay in taxes is very different from what a Dane or Belgian will allow.

This lack of unity is Europe’s third and most profound crisis, one that underlies the continent’s economic and political woes. Most Europeans have little idea what the EU stands for in the world, what binds its people together, where it has come from in the past, and where it is going in the future. After more than 60 years of EU integration, 200,000 pages of legislation, and a hefty (and still growing) stack of treaties, we have succeeded in building a European Union without European

Harding goes on to note that he came to this realization in part because of his inability to answer what would seem to be a rather simple question from one of his students – “What is a European?” If that question were posed to an American, it wouldn’t be that hard to come up with. The answer might vary depending on whether you’re asking a college professor or a businessman, or whether the person lived in the urban metropolises of the Northeast or a small town in the Midwest, but I think it’s fair to say that there is at least a general agreement about what it means to be an American, even among people who disagree politically. Harding, however, discovered an ability to do the same thing:

The question from one of my students should have been easy enough for me to answer. After all, I was born in Wales and have lived in continental Europe — Oslo, Prague, and Brussels — for most of the last 25 years. I’ve traveled to every EU country except Malta. I speak a handful of European languages and studied European history and politics at university. I have worked in the European Commission and European Parliament. My best friends are Dutch, German, Slovak, and Swedish. My partner is French, and my children are bilingual. Unlike some recent U.S. presidents, I know the difference between Slovenia and Slovakia. If anyone should be European, or at least know what constitutes one, I should.

Yet I found myself stuttering and stammering as I searched for an answer. I waffled for a bit about European values — freedom, democracy, human rights, the rule of law — but didn’t convince myself, let alone the class.

“European fundamental values are sacred,” Jan Peter Balkenende, then Dutch prime minister, said in 2004. When it came to actually defining those values, however, he was fuzzier, admitting, “We have been discussing the idea of Europe for the last 1,200 years, but we cannot grasp what it means.” That’s the problem: Values matter because they are the glue that binds countries and peoples together. They help define what a society stands for and against.

American values are clearly and succinctly defined in the Bill of Rights and U.S. Constitution, which most American schoolchildren have to study and some senators carry in their back pockets. The European Union, on the other hand, has no constitution, and its Charter of Fundamental Rights only became legally binding in 2009. The nearest thing the EU has to a founding document is an almost impenetrable legalistic treaty that has been amended six times since the 1957 signing of the Treaty of Rome. The latest incarnation of the EU’s rule book, the 2007 Treaty of Lisbon, commits the union to values such as free speech, democracy, and sustainable development. No wonder it is hard to disagree with American journalist Christopher Caldwell, who wrote in his provocative 2009 book, Reflections on the Revolution in Europe, “There is no consensus, not even the beginning of a consensus, about what European values are.”

Part of the problem, of course, is that it’s not at all easy to erase national identity, or the differences between peoples of various nations, and replace them with some kind of new transnational identity, especially when those national and ethnic identities have existed for thousands of years. In the United States, it took roughly a century for a true national identity to overcome regional loyalties that had only begun to develop in the late 17th Century at the earliest and even today there remain real cultural differences between north and south, east and west. In Europe, the Soviets and the Nazis discovered that even brutal force wasn’t enough to wipe out national identities, including those that had been repressed by the Russian Empire for centuries. If force couldn’t do it, is it really all that surprising that a legalistic treaty and a ‘government’ dominated by bureaucrats can’t do it either?

As Harding points out, there were many in Europe who speculated that the increased integration that the introduction of the Euro would bring about would lead to the creation of a new European nationalism, especially among younger generations. It seems hard to believe, though, that something as mundane as a currency unit could create the kind of common culture that they were dreaming of, and recent surveys seem to indicate it hasn’t happened yet:

In opinion polls, however, voters today consistently identify much more with their nation-states than with Europe. As Chris Patten, former European commissioner for external affairs, has said, “The nation is alive and well — more potent than ever in some respects…. It is the largest unit, perhaps, to which people will willingly accord emotional allegiance.” In fact, even the nation-state is too much for many Europeans. Europe has 16 more countries today than it had in 1988, thanks to the shattering of artificial states — the Soviet Union, Yugoslavia, and Czechoslovakia. In Belgium, a country smaller than Maryland, there is such a vicious division between Flanders and Wallonia that until December there had been no government for well over 500 days — a world record.

The travails through which Europe is going are at least somewhat reminiscent of the early history of the United States, although the analogy if far from perfect and is subject to being stretched to far. Like Europe, however, the United States faced several crises in its early years that threatened to tear the nation apart, and nearly did on more than one occasions. The Articles of Confederation, for example, made the nation as a whole largely ungovernable and it’s hard to see how it would have stayed united for much longer had it not been for the 1787 Convention in Philadelphia producing the Constitution. Even after that, though, the birth pangs continued to produce divisions that could have led to danger from the birth of our political party system, to the divisions over the French Revolution, to the beginnings of the divisions between the mercantilist North and the agricultural South. During the War of 1812, opposition to the war in New England reached a point where secession was openly discussed, although rejected. And, of course, after the war, the disputes continued as trade policy and slavery became the issues on which the nation would divide itself for four more decades until a war had to be fought. And all of this happened in a country, as I’ve said, where regional identities had only begun to form a century or two before.

Comparing that history to the present day, we see Europe going through yet another crisis and it’s not an easy one. Fixing it is likely to require unified action by a number of parties acting in the interests of a common Europe. The problem may well be, though, that people don’t really think there’s a common Europe at the moment.

Harding closes his must-read piece with the argument that the crisis in the Euro Zone isn’t really just about money and debt, it’s about whether there really is a European identity anymore, or if there ever was:

Shortly before the launch of euro coins and notes in January 2002, Duisenberg, the European Central Bank president, mused, “The euro is much more than just a currency; it is a symbol of European integration in every sense of the word.” He was right, but not in the way he might have hoped. A decade on, the plight of the embattled euro seems to encapsulate a broader breakdown of Europe’s dreams of a united future. Rather than bringing the European Union closer to its citizens, the currency has widened the gap between rulers and ruled. Instead of ushering in a new era of prosperity, the euro has condemned millions of Europeans to decades of penury. And far from bringing together the peoples of Europe, it is on the verge of tearing them apart.

If there is no European identity, then the question of what Germany is willing to do to save the PIIG countries, for example, is more of an accounting exercise and a question of what is in Germany’s interests than about helping to save “Europe,” whatever it is that might be at this point. Similarly, for the Greeks, it seems as the Europe is increasingly seen as a far away place that is forcing decades of austerity upon them while the Eurocrats live the high life in Brussels. That’s not exactly a recipe for unity. In the end, it may be that Europe is discovering that you cannot create a national identity out of whole cloth and graft it on top of  more than a thousand years of history.