Another targeted killing aimed at police. 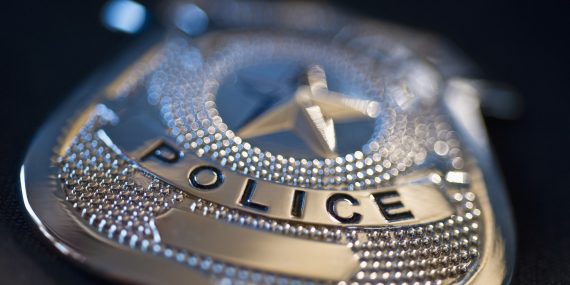 Three police officers have been killed, and several more wounded, in what appears to have been an ambush-style attack in Baton Rouge, Louisiana:

Three police officers were shot dead and at least three others wounded in Baton Rouge, La., on Sunday, the East Baton Rouge Parish Sheriff’s Office said in a statement.

One suspect had been killed, most likely by police gunfire, and two others, described as wearing all black, were being sought, said Cpl. L’Jean McKneely, a police spokesman. “We do believe there is more than one suspect,” he said.

Speaking to reporters in Baton Rouge, Corporal McKneely said officers responding to the shooting were checking the area for possible explosives. “We’re going to check the scene thoroughly to protect ourselves,” he said.

Sunday’s shooting is the latest episode in a month of violence and extraordinary racial tension in the country, and took place less than two weeks after two police officers in Baton Rouge fatally shot Alton Sterling, a black man 000who was selling CDs outside a convenience store. The night after Mr. Sterling was killed, a black man was killed by the police during a traffic stop in a Minneapolis suburb, and then the next night, five police officers were killed by a gunman in Dallas who said he wanted to kill police officers, particularly white officers.

Corporal McKneely asked people in the area to watch for anything suspicious.

“Just be on the lookout,” he said. “Anybody in this area saw anything suspicious, please give law enforcement a call.

Details about the shooting remained sketchy Sunday afternoon and there were varying reports about the number of officers wounded. Earlier reports said that seven had been wounded.

The authorities said the shooting unfolded at about 9 a.m. Sunday near the Hammond Aire Plaza shopping center on Airline Highway. Officers from both the sheriff’s office and the Baton Rouge Police Department were wounded, the statement said.

Protests have been held along Airline Highway, which also runs in front of Police Headquarters, since the police shooting of Mr. Sterling on July 5.

Corporal McKneely said it was unclear if the shooting on Sunday was connected to the protests, which had been losing their intensity over the last few nights. “We are not sure of anything right now,” he said.

Mark Clements, who lives near the shopping center, said he was in his backyard when he heard shots ring out.

“I heard probably 10 to 12 gunshots go off,” he said in a telephone interview. “We heard a bunch of sirens and choppers and everything since then.”

In a statement, Gov. John Bel Edwards of Louisiana called the shooting “an unspeakable and unjustified attack.”

“Rest assured,” he said, “every resource available to the State of Louisiana will be used to ensure the perpetrators are swiftly brought to justice.

At least one suspect is dead, but law enforcement officials believe two others may be at large, the sheriff’s office said.

The ambush comes less than two weeks after the fatal shooting of a black man by police sparked protests in Baton Rouge, turning the city into the latest flashpoint in the ongoing debate over law enforcement tactics.

The officers were responding to a call of shots fired when they were gunned down around 9 a.m. local time, Baton Rouge Mayor Kip Holden told MSNBC.

At least one suspect is dead, but law enforcement officials believe two others may be at large, the sheriff’s office said.

The ambush comes less than two weeks after the fatal shooting of a black man by police sparked protests in Baton Rouge, turning the city into the latest flashpoint in the ongoing debate over law enforcement tactics.

The officers were responding to a call of shots fired when they were gunned down around 9 a.m. local time, Baton Rouge Mayor Kip Holden told MSNBC.

Multiple police units were stationed at Our Lady of the Lake Regional Medical Center, where the stricken officers were believed to be undergoing treatment at a trauma center, The Associated Press reported.

An AP reporter who was at the scene saw police vehicles with lights flashing massed about a half mile from the police headquarters on Airline Highway. Police armed with long guns on the road stopped at least two vehicles driving away from the scene and checked their trunks and vehicles before allowing them to drive away, the reporter said.

Marquis Gibson, an eyewitness, was at the Hammond Aire Plaza mall when he heard shots and ran inside. “Officers were falling down and hiding,” he told NBC News.

This incident, of course, comes less than two weeks after eleven police officers were shot and five killed by a gunman who opened fire on a protest march in response to recent police shooting incidents across the country. One of those incidents, of course, was the shooting death of an African-American man named Alton Sterling,  who had been confronted by Baton Rouge police while selling DVDs and Compact Discs outside a local market. That shooting has been the subject of ongoing protests while police and prosecutors investigate the shooting to determine whether or not there was any wrong doing on the part of officers. To date, though, those protests had been largely peaceful, with no indication of a threat of violence against police officers in the city. As is always the case in these situations, it is always worthwhile to be careful with early news reports since they often tend to be based on incomplete or mistaken information. In Dallas, for example, it was initially believed that there were multiple suspects and multiple shooters based both on the fact that police were reporting the shootings that way and because,, as eyewitness reports seemed to indicate, the shots at officers seemed to be coming from multiple directions. As it turned out, that entire sad massacre was carried out by one man. The same may end up being true about today’s shootings in Baton Rouge, but police must first eliminate the possibility of multiple suspects.

Additionally, as President Obama said in a statement released today, we have no idea what the motivation for today’s shootings may have been, but on some level that hardly matters. Whether or not the suspect(s) in Baton Rouge acted because they believed they were motivated by the protests over Sterling’s death, or for some other reason, there is no justification for cold-blooded murder of any individual such as what happened today, and that is especially true of police officers acting to preserve law and order on the streets of the nation. Unfortunately, it is likely that incidents like this are likely to increase tensions that are already at a fever pitch. Police officers that head out onto the streets every day facing the possibility that they might not come home at the end of their shift are likely to become simultaneously more cautious about responding to perceived threats and more likely to adopt the ‘shoot first, ask questions later’ attitude that so often leads to improper action on their part. At the same time, members of minority communities that have a history of negative encounters with the police are likely to become more entrenched in their belief that they are being targeted and that police are often willfully neglecting criminal behavior in minority communities. None of this is a recipe for solving the very real problems that exist regarding the relationship between minorities and law enforcement. Until we do that, there’s likely to be a never ending cycle of violence.

Update: At a late afternoon news conference, law enforcement authorities stated that it now appeared that there was only one shooter, and he was shot and killed by police during the initial shootout, although that person remains unidentified at this time.

Update #2: The shooter has apparently been identified: