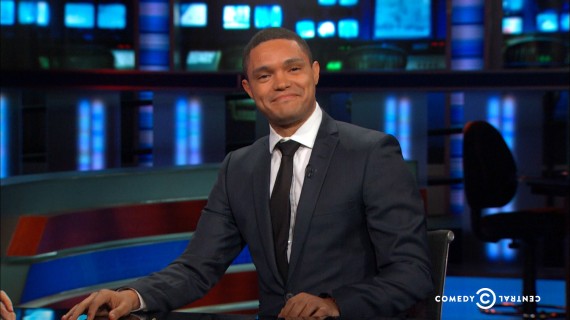 Comedy Central has chosen a relative unknown to replace Jon Stewart on The Daily Show:

In December, Trevor Noah, a 31-year-old comedian, made his debut as an on-air contributor on “The Daily Show With Jon Stewart,” offering his outsider’s perspective, as a biracial South African, on the United States.

“I never thought I’d be more afraid of police in America than in South Africa,” he said with a smile. “It kind of makes me a little nostalgic for the old days, back home.”

Now, after only three appearances on that Comedy Central show, Mr. Noah has gotten a huge and unexpected promotion. On Monday, Comedy Central will announce that Mr. Noah has been chosen as the new host of “The Daily Show,” succeeding Mr. Stewart after he steps down later this year.

The network’s selection of Mr. Noah comes less than two months after Mr. Stewart, 52, revealed on Feb. 10 that he was leaving “The Daily Show” after a highly successful 16-year run that transformed the show into authoritative, satirical comedy on current events. (An exact timetable for Mr. Stewart’s departure has not been decided, Comedy Central said.)

Mr. Noah, who spoke by phone from Dubai, where he is on a leg of a comedy tour, said he had been given a great opportunity, as well as a significant challenge.

“You don’t believe it for the first few hours,” Mr. Noah said of learning about his new job. “You need a stiff drink, and then unfortunately you’re in a place where you can’t really get alcohol.”

The appointment of Mr. Noah, a newcomer to American television, promises to add youthful vitality and international perspective to “The Daily Show.” It puts a nonwhite performer at the head of this flagship Comedy Central franchise, and one who comes with Mr. Stewart’s endorsement.

“I’m thrilled for the show and for Trevor,” Mr. Stewart said in a statement. “He’s a tremendous comic and talent that we’ve loved working with.” Mr. Stewart added that he “may rejoin as a correspondent just to be a part of it!!!”

But the decision also invites questions about Mr. Noah’s experience and visibility (or lack thereof), and why the network did not choose a woman to crack the all-male club of late-night television hosts.

Michele Ganeless, the Comedy Central president, said in an interview: “We talked to women. We talked to men. We found in Trevor the best person for the job.”

Ms. Ganeless added: “You don’t hope to find the next Jon Stewart – there is no next Jon Stewart. So, our goal was to find someone who brings something really exciting and new and different.”

In his standup routines, Mr. Noah comes across as a self-assured polyglot with an international perspective.

As he joked in a 2013 comedy set on “Late Show With David Letterman,” Mr. Noah said that he did not like being introduced as a comedian from Africa, as if he represented the entire continent. “They make it sound like a guy in leopard skin’s going to come running on the stage,” he said.

Mr. Noah said in his phone interview, “I didn’t live a normal life – I grew up in a country that wasn’t normal.”

I can’t say that Noah has made much of an impression on me one way or the other in the Daily Show appearances that I’ve seen, so I can’t really judge this decision one way or the other. It is notable, however, that they decided to go this route rather than trying to land a “big name” to replace Stewart or go with one of the better known regular cast members such as Samantha Bee, although it was apparent that she was out of the running when it was announced earlier this month that she was leaving Comedy Central to host a new show on TBS. At the very least, though, there will be some adjustment period after Stewart leaves and Noah takes over, for his sake I suppose one should hope that Noah manages to click better than Larry Wilmore has in the months since he took over for Stephen Colbert. 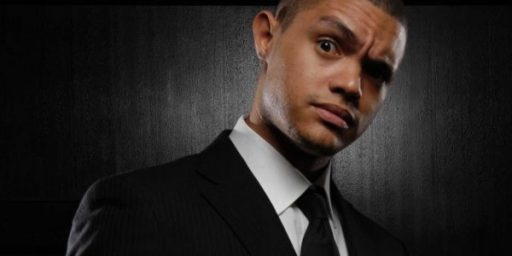 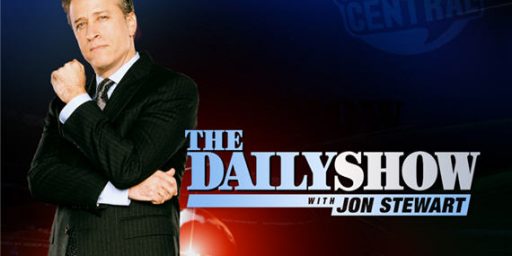