International travel to the United States has declined since Donald Trump took office, and it's having a measurable impact on the economy. 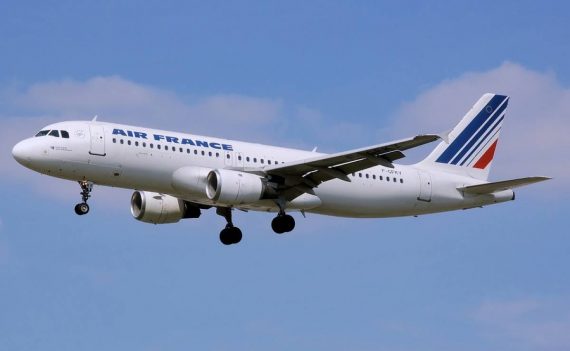 Travel to the United States from other countries has fallen significantly since Donald Trump took office, and it has had a noticeable impact on the economy:

Travel to the U.S. has been on the decline ever since President Donald Trump took office, and new data from the Commerce Department shows the slump translates to a cost of $4.6 billion in lost spending and 40,000 jobs, according to an analysis by the U.S. Travel Association.

The latest data shows a 3.3 percent drop in travel spending and a 4 percent decline in inbound travel.

The downturn has also caused America to lose its spot as the world’s second-most popular destination for foreign travel, ceding to Spain. (France is in first place).

International tourism to the U.S. began to wane after Trump took office, leading to a so-called “Trump slump.”

Experts say that Trump’s proposed travel bans, anti-immigration language, and heightened security measures have had a negative impact on the U.S.’s attraction for foreign visitors.

“It’s not a reach to say the rhetoric and policies of this administration are affecting sentiment around the world, creating antipathy toward the U.S. and affecting travel behavior,” Adam Sacks, the president of Tourism Economics, told The New York Times.

The travel industry has responded to the slump by promoting the attraction of the United States to international travelers irrespective of who the President might be:

“While the U.S. government has been the source of a lot negative media attention this year, the travel industry must continue to stand for open borders, inclusivity and the celebration of diversity,” said Leigh Barnes, the regional director for Intrepid Travel, in an email.

However, he said, “We are optimistic that this trend can and will turn around.”

This isn’t the first time we’ve seen evidence that international travel has declined in measurable respects since Donald Trump took office. As early as March of last year, not even two months into the President’s first year in office, travel industry experts were reporting a noticeable downturn in international travel to the United States. This was happening notwithstanding the fact that the economy in the United States and around the world was improving noticeably, meaning that residents of foreign countries were in a far better position to travel overseas than they might have been in recent years. As I noted at the time, while the correlation between Trump’s victory and taking office and the downturn may not indicate causation the fact that polling at this same time was showing that negative opinions about the United States had increased significantly since Trump’s election and those numbers have only gotten worse during the year he’s been in office. Later in the year, there were further reports from travel industry experts and analysts of a real downturn in international travel since Trump won the election. This latest report, then, is merely additional evidence to support those earlier reports.

Given the things Trump has said and done over the past year, it wouldn’t be at all surprising if the there was a noticeable drop in international travel to the United States. The primary example of that, of course, consists of the travel ban that bars travel from six majority Muslim nations, which has proven to be controversial both domestically and internationally. While it’s unlikely that the ban itself has had a direct impact on travel given the fact that it’s unlikely that the countries impacted by it were significant sources of tourism to begin with, the existence of the ban may be causing some people in other countries to refrain from travel to the United States out of concern that they could face problems at the border simply because they too are Muslim. Adding to the problem are the many controversial comments that the President has made over the past year, most recently including the fact that he essential referred to the entire continent of Africa as consisting of “shithole” countries,

Thanks no doubt to this rhetoric and Trump’s actions that have had the impact of isolating the United States from the rest of the world, there have been many reports documenting measurable declines in positive opinions about the United States over the past year. Some of the most significant drops have come from members of the public in our closest European allies, which have been the source of the biggest declines of travel to the United States. Given that, it’s not hard to imagine that this drop in tourism is due to how citizens of other nations view the United States. Given that, the possibility that at least part of this drop in international travel is due to how residents of other countries view the United States shouldn’t be dismissed out of hand. To be honest, I can’t say I blame them Being exposed to Trump on a daily basis has become tiresome, to say the least. Even though he’s only been in office a little over a year, it seems like so much longer. The prospect of paying for that privilege may be more than some people are willing to bear.