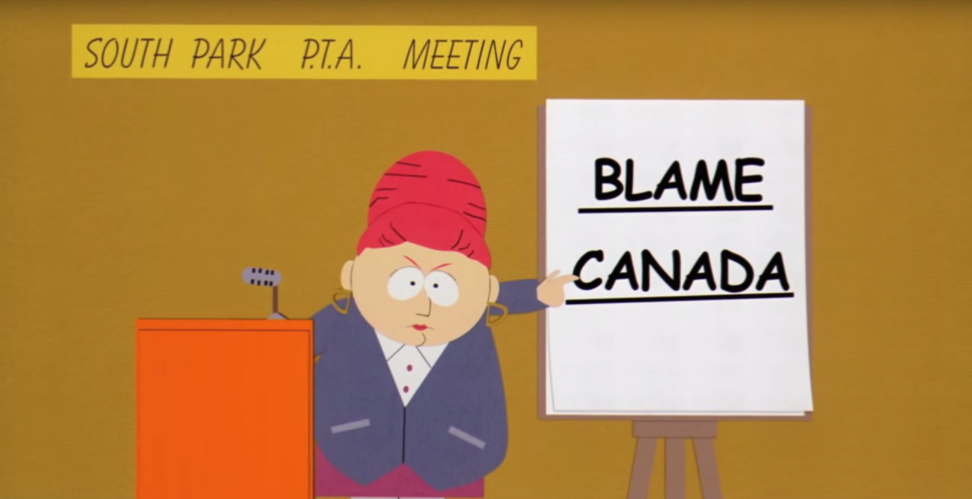 Another day, another international embarrassment by the President of the United States

President Donald Trump and Canadian Prime Minister Justin Trudeau had a testy phone call on May 25 over new tariffs imposed by the Trump administration targeting steel and aluminum imports coming from Canada, including one moment during the conversation in which Trump made an erroneous historical reference, sources familiar with the discussion told CNN.

According to the sources, Trudeau pressed Trump on how he could justify the tariffs as a “national security” issue. In response, Trump quipped to Trudeau, “Didn’t you guys burn down the White House?” referring to the War of 1812.

The problem with Trump’s comments to Trudeau is that British troops burned down the White House during the War of 1812. Historians note the British attack on Washington was in retaliation for the American attack on York, Ontario, in territory that eventually became Canada, which was then a British colony.

When asked if the comment was received as a joke, one source on the call said: “To the degree one can ever take what is said as a joke. The impact on Canada and ultimately on workers in the US won’t be a laughing matter.”

The White House declined to comment and the National Security Council did not immediately return a CNN request for comment.
Asked about the state of US-Canada relations, National Economic Council Director Larry Kudlow acknowledged some short-term tensions, but said he believes relations between the two countries remain “very good.”

“I have no doubt that the United States and Canada will remain firm friends and allies whatever short-term disagreements may occur,” Kudlow said.

During the Burning of Washington, on August 24, 1814, first lady Dolley Madison famously rescued a portrait of George Washington before fleeing the White House.

Trudeau has publicly denounced the “national security” justification for the new tariffs.

“The idea that we are somehow a national security threat to the United States is, quite frankly, insulting and unacceptable,” Trudeau told NBC’s Meet the Press.

“And I would just say to all of Canada’s American friends — and there are so many — seriously? Do you really believe that Canada, that your NATO allies, represent a national security threat to you?” Freeland asked on CNN’s “State of the Union.”

In some sense, I suppose, it’s accurate to say that some of the troops that were involved in the War of 1812 on the British side did come from what we now call Canada, but that’s because at the time what we call Canada was a British Colony. Moreover, many of the people who ended up in Canada were settlers from the former American Colonies who remained loyal to the Crown, so it’s not surprising that some of the people residing in that British territory on the other side of Niagra Falls may have joined in the fight, especially given the fact that the attack on Washington was largely meant as retaliation for the American attack on York, a city in what is now the Canadian province of Ontario. York, of course, is now part of the City of Toronto.

There’s at least some suggestion that Trump was joking when he made this comment, and perhaps that’s true. However, this does seem to indicate that, bizarrely, Trump seems insistent on souring American ties with yet another long-standing American ally. The recent tariffs, for example, seem to be utterly absurd given the fact that the President is essentially telling one of our closest ally, with whom we share the longest unguarded international border in the world, that they are a national security threat. This assertion is absurd, of course, not the least due to the fact that Canada is not only a part of NATO but also a part of NORAD, the primary defense for the airspace of North America. In fact, I tend to agree with Daniel Larison, who suggests that Trump is simply using the ‘national security’ loophole to play games with international trade:

I suspect that Trump and his advisers don’t really consider steel and aluminum imports to be a matter of national security, but they are abusing that loophole simply because it is there and because they can. Unfortunately, by abusing the loophole they are encouraging other governments to do likewise, and by tying the president’s trade preoccupations to national security they are harming U.S. economic and security interests at the same time.

This is especially ironic given that we’re just one day past the 74th Anniversary of the D-Day invasion, something that thousands of Canadian died or were injured participating in. Additionally, Canadians have fought alongside Americans in numerous conflicts since World War Two, including the war in Afghanistan and it was, of course, Canada that played host to hundreds of American tourists who were prevented from landing in the United States on September 11th, 2001. To suggest that Canada of all nations is somehow a national security threat is not only absurd, it’s a slap in the face. Finally, as Kevin Drum notes, the War of 1812 is something that ranks very high as a symbol of Canadian national identity even though it’s been largely forgotten in the United States.  Perhaps the President is serious in all of this, or perhaps he’s just taking South Park too seriously: