On paper, the U.S. lost $1.3 billion on the Chrysler bankruptcy, but the true cost is far higher than that. 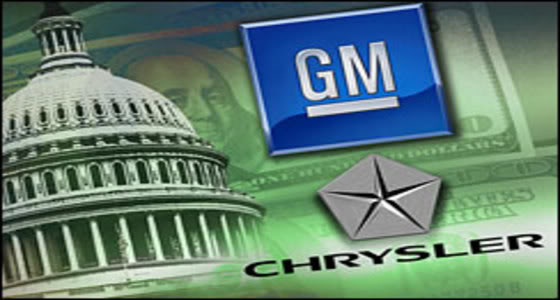 The United States Government has officially sold it’s last stake in Chrysler, but the loss the taxpayers suffered is much higher than the number that’s being officially reported:

DETROIT — The federal government on Thursday shed the last of its stake in Chrysler, giving majority control of the carmaker to Fiat, the Italian company, while leaving taxpayers $1.3 billion short of recovering the full investment they made two years ago to keep Chrysler from going out of business.

The government had said in June that it expected to take that much of loss on its investment. But it has said that if it had not stepped in with a bailout and the company had been forced to shut down, the damage to the fragile economy would have been worse.

At the time Chrysler filed for bankruptcy in 2009, its prospects for survival appeared grim, even with the government’s help.

Still, the net loss on the Chrysler investment became political fodder over the terms of the federal bailout.

Representative Darrell E. Issa, Republican of California, said Thursday that the Obama administration “has sold out an American icon to a foreign company,” and is now “essentially giving that same company $1.3 billion of taxpayer money.”

The Treasury Departmentsaid in a statement that it had recovered $11.2 billion of the $12.5 billion it lent to Chrysler and that it would write off the bulk of the balance. The unpaid portion is on the balance sheet of the “old Chrysler” — a collection of unwanted assets being liquidated in bankruptcy.

That, along with the reported claim that Chrysler had repaid in full its obligations to the U.S. Government back in May simply isn’t true:

American taxpayers have already spent more than $13 billion bailing out Chrysler. The Obama administration already forgave more than $4 billion of that debt when the company filed for bankruptcy in 2009. Taxpayers are never getting that money back. But how is Chrysler now paying off the rest of the $7.6 billion they owe the Treasury Department?

The Obama administration’s bailout agreement with Fiat gave the Italian car company a “Incremental Call Option” that allows it to buy up to 16% of Chrysler stock at a reduced price. But in order to exercise the option, Fiat had to first pay back at least $3.5 billion of its loan to the Treasury Department. But Fiat was having trouble getting private banks to lend it the money. Enter Obama Energy Secretary Steven Chu who has signaled that he will approve a fuel-efficient vehicle loan to Chrysler for … wait for it … $3.5 billion.

So, to recap, the Obama Energy Department is loaning a foreign car company $3.5 billion so that it can pay the Treasury Department $7.6 billion even though American taxpayers spent $13 billion to save an American car company that is currently only worth $5 billion.

Oh, and Obama plans to make this “success” a centerpiece of his 2012 campaign.

Sounds like an incredibly bad deal, and a waste of resources, to me, especially when you combine it with the $11 billion (at least) that is being lost in the General Motors bailout.

There’s no question that Chrylser should have gone into bankruptcy. That’s something that was apparent in December 2008 when Congress, correctly, refused to grant teh bailout package that the lame duck Bush Administration was asking for. At that point, Chrysler and General Motors would have been forced to go into Bankruptcy Court but for the fact that President Bush ignored Congress and, in a move that many considered illegal, decided to use TARP funds to provide operating loans to both companies. When that money ran out and the companies had failed to solve their problems, something which was completely foreseeable of course, both companies came back to Washington for another dip in the Federal trough, which President Obama happily obliged. When even that didn’t work, both companies were forced into bankruptcy, where they should have been in the first place.

But the government’s involvement didn’t end there.

Instead of staying out of the process and letting the Bankruptcy Court adjudicate the disputes between creditors, debtors, and the unions according to existing bankruptcy law, the Obama Administration put its thumb on the scale in an unprecedented manner. First there were the billions of dollars in debtor-in-possession financing, something normally provided by private lenders, on terms that were more favorable than any private lender would have ever agreed to. Then there was the strong-arming of the secured creditors to approve a deal that required them to subordinate their interests to those of the unions. Then there was the intervention on the side of the UAW to give them a more prominent role in the process than then the law would normally allow. Then there were, as reported above, the forgiven loans and the Energy Department loans disguised as loan repayments noted above.

In the end, the process was better than a direct federal subsidization of the two companies in the manner in which they existed in 2009, but it was worse than what we would have expected had the bankruptcy process been permitted to work itself out as it normally would. Whatever that might looked like,  though, it’s far from the success that the President is claiming it to be. Finally, it’s worth noting that the true costs of the auto bailout will be in the moral hazard that it has created in the minds of businessmen who see the government stepping in to bailout an industry that was unable to adapt to the changes around it, and incapable of making the decisions necessary to save itself. Now they now that if things get bad enough, Uncle Sam will step in to help, and that’s going to cost us far more than $1.3 billion.