Andrew criticizes the “MSM” for having an “anti-Israel bias” because of the “eerie silence” surrounding the Sri Lankan governments killing of 61 children in an attempted “anti-terror” strike.

But the MSM seems eerily silent. What do you think the coverage would be if the Israeli government killed 61 children in an anti-terror bombing campaign? Front-page A-1. Sri Lanka? Nada. And people wonder why some of us believe much of the media has an anti-Israel bias.

I have to wonder what, exactly, Mr. Sullivan is smoking in this case. As of this writing, there are 829 news articles in Google News related to the Sri Lankan massacre. At the present time, the Sri Lankan massacre is one of the top stories in CNN’s World section. Ditto the Washington Post and a few other places I found trolling the web.

Now, is the Sri Lanka story front page news in the U.S. right now? Well, no. But the fact of the matter is, newspapers are a business. And as sad and tragic as the Sri Lanka story is, American news consumers care more about what’s going on in the Middle East. With good reason, I might add. What happens in the Israeli-Lebanon conflict could have a direct, immediate effect on the United States and its interests. Internal fighting in Sri Lanka does not.

So when the American media isn’t making the massacre story front page news, that doesn’t mean that the media has any kind of “anti-Israel bias.” It means that newspaper editors are prioritizing stories that more Americans care about. And let’s face it, I’d be willing to bet that last week, Sullivan didn’t know a thing about anti-terrorism efforts in Sri Lanka. I know I didn’t. It’s a big world out there, and I don’t have time to pay attention to all of it. Neither does Sully.

Let’s be honest–it is a sign of the committment and seriousness of American journalism that reporters are actually paid to hang around all the corners of the earth for stories that are going to go buried an unread. There’s probably not a lot of profit in it. But every once in awhile, a story comes along on page A21 that makes people stand up and take notice. How about a word of thanks to the media for giving us the chance to read those stories? 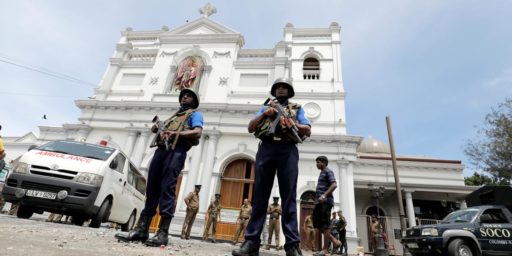 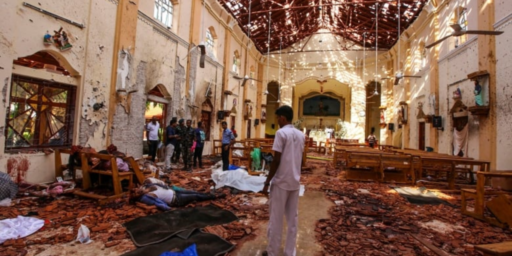