My local newspaper is changing its name after more than a century:

In what seems like another sign of our troubled political times, the Fauquier Times-Democrat is deleting “Democrat” from its name after 108 years. The Warrenton paper found that having the term in the title gave the wrong impression in deeply Republican Fauquier County — the paper is neither Democratic nor Republican — and there’s no need to offend anyone because of a meaningless name, particularly the way newspapers are faring these days. Offending people with reporting and editorializing, now that’s what we’re here for.

Executive Editor Bill Walsh wrote this in yesterday’s inaugural Fauquier Times: “But in an age which is, perhaps, more shaped and informed by political identity than any other in our history, having a word in our banner that is so associated with a political party is no longer a very astute business decision. The same could be said if, for the last 24-plus years, we had been the Fauquier Times-Republican.”

The now twice-weekly paper was started in 1817, was renamed the Fauquier Democrat in 1905, and then the Times-Democrat in 1989, when it adopted the branding of its owner, the Arundel family’s Times Community Newspapers. The Arundels also own the Loudoun Times-Mirror, the Culpeper Times and the Prince William Times.

The Associated Press wrote a detailed story which notes that Fauquier has averaged a 60 percent Republican vote in the last four presidential and gubernatorial elections. Post media writer Erik Wemple spoke to Walsh for further discussion of the move.

The use of the word “Democrat” or “Republican” in a non-political sense when naming newspapers used to be quite common, and it also harkens back to an era when newspapers were explicitly partisan in a way that would likely surprise people today. Indeed it’s worth noting that when the Fauquier Democrat was first published it was in a state that was deeply Democratic and which remained so until well into the 1970s. Of course, there are other business reasons that could be motivating the decision:

Though some might say it’s a sign of our increased partisanship, it’s worth noting that newspapers have often piled up three or four names as they merged into each other, and eventually they shortened the name. We had the Washington Star-News here for awhile after the Evening Star and the Washington Daily News merged in 1972, and this very paper was The Washington Post and Times-Herald until 1973.

So, it makes some business sense to clean up the name of your product as well. 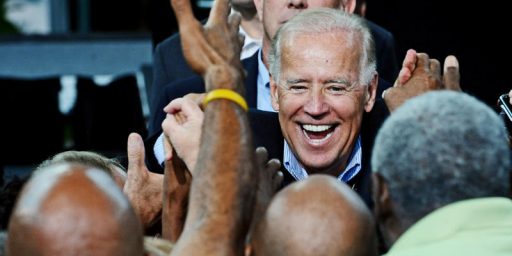