The debt ceiling debate may turn out to be Obama's Katrina. 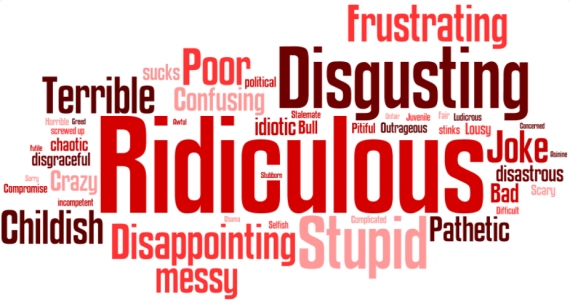 Bill McInturff, managing partner of Public Opinion Strategies* and half of the bipartisan polling team for CNBC, has a fascinating analysis on the “Consequences of the Debt Ceiling Negotiations.”

Dan Balz mentions the bottom line in this morning’s column: “The debt ceiling negotiation is an extremely significant event that is profoundly and sharply reshaping views of the economy and the federal government. It has led to a scary erosion in confidence in both, at a time when this steep drop in confidence can be least afforded.”

Reading through McInturff’s analysis and the accompanying slidedeck reinforces that conclusion. He’s made his living reading polls over a lot of election cycles and is nonetheless surprised by what he sees:

We see lots of data. This is the rare “wow” data. It represents a profound change in a handful of months and shows the terrible consequence of the debt ceiling negotiation. 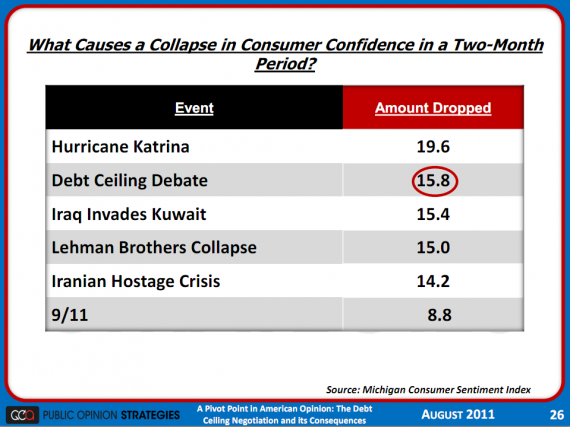 That’s right: Consumer confidence dropped more around the debt ceiling debate than the collapse of Lehman Brothers and other key early events in the greatest global financial meltdown in decades.

1. It is important to recognize how fragile economic perceptions were headed into the final stretch of the debt ceiling negotiation. Along with Hart Research, we have been doing economic tracking roughly every quarter from 2007 through today for CNBC. Workers’ perceptions of their likelihood to get a raise, Americans’ confidence in the stock market, and homeowners’ perceptions of their home value were as weak or weaker in June 2011 than they have been at any point during this four year period.

2. Americans’ attitudes about the debt ceiling are not only based on the actual outcome, but are primarily derived from the manner in which this issue was debated and resolved. Their views about this process are clear,and are overwhelmingly negative..

3. The perception of how Washington handled the debt ceiling negotiation led to an immediate collapse of confidence in government and all the major players, including President Obama and Republicans in Congress.

5. As our firm conducted focus groups over the last two weeks, the change in tone in the wake of the debt ceiling negotiation was striking. We are entering a new phase of the American political dialogue that has been irrevocably shifted in a way that will prove difficult to predict. Historically, though, this type of deep voter anger, unease, and economic pessimism leads to unstable and unpredictable political outcomes.

Some others things that jumped out at me. 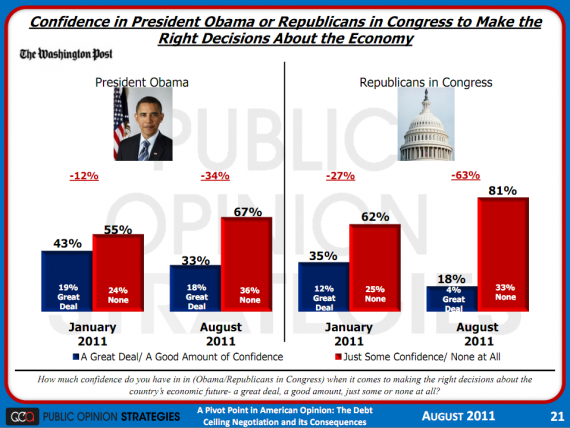 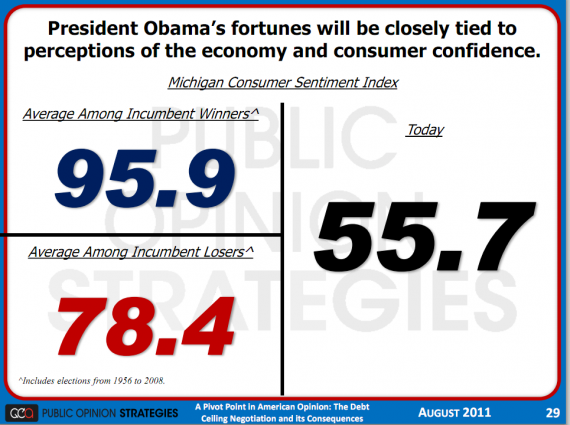 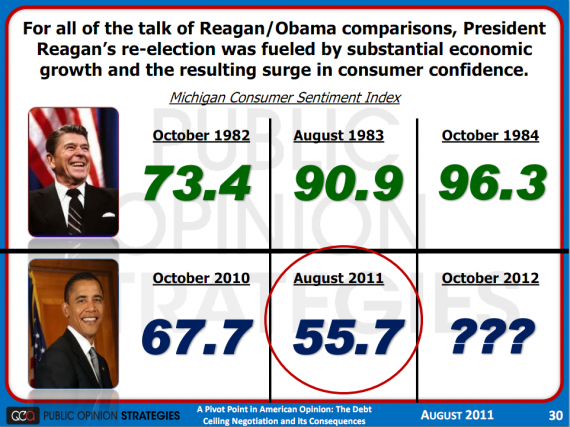 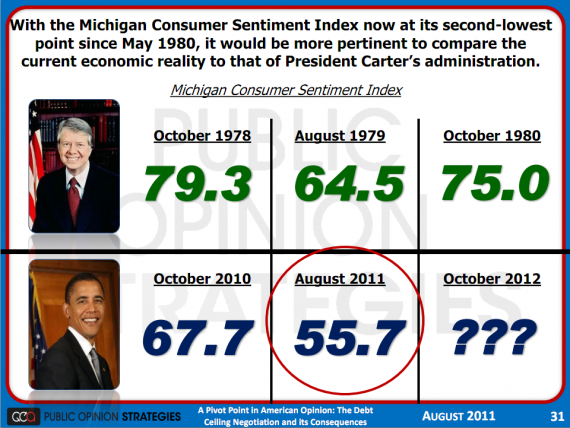 The Republicans will need to nominate a plausible candidate to run against Obama and propose a credible alternative policy. But it’s pretty clear that, Allan Lichtman’s keys notwithstanding, Obama has an uphill climb to regain the confidence of the voters.

*As noted in the disclosures, my wife is chief operating officer of the firm. Another of the firm’s founding partners, Neil Newhouse,  is Mitt Romney’s pollster.