President Trump seems intent on walking away from the nuclear deal with Iran. If he does, he'll be handing a gift to Iran and harming American national interests significantly. 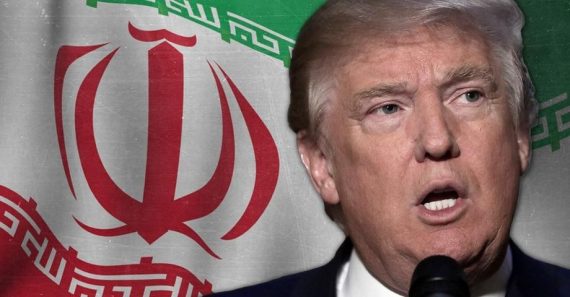 Dennis Ross, who served in senior diplomatic positions under Presidents George H.W. Bush, Bill Clinton, and Barack Obama, argues that walking away from the nuclear deal with Iran will benefit Iran and harm American interests:

If [President Trump] withdraws, he withdraws alone. The Europeans will not join him, especially after having been willing to negotiate with the administration and accept a number of concessions: sanctions on Iran’s ballistic missile testing, a joint statement on limiting what Iran should be able to do after 2030 and a readiness to raise the costs to the Iranians of their destabilizing actions in the region. Even if the British, French and Germans are not prepared to go as far as the administration might like, they have acknowledged the Trump administration’s concerns about the deal and been willing to address them at least in part.

Walking away will end that. It will isolate the United States, not the Iranians. Pressure on the Iranians has always been most effective when the United States was joined by others. In fact, it was only when the European Union decided to impose a boycott on Iranian oil that Iran truly felt squeezed, beginning to negotiate after declaring it would never do so as long as it was under sanctions.

Unfortunately, the Europeans won’t simply stick with the deal; they will go to great lengths to keep the Iranians in — and the Iranians know how to play on European fears. Already Tehran is declaring that it could move swiftly to install new and far more effective centrifuges, and not limit their output. That will surely stoke European fears about an increasing risk of war and lead them to offer incentives to the Iranians to stay in the deal.

For those who say the administration can pressure Europe by threatening to impose sanctions on European companies that do business with the Iranians, don’t bet on it. The Europeans have always resisted such secondary sanctions, and given Trump’s unpopularity with European publics, few leaders there will want to appear to give in to American threats.

But my concerns about an American walkaway go deeper. It would create the illusion of toughness on Iran without the effect. The danger that Iran poses is its expansion in the region. It is using Shiite militia proxies to gain a stranglehold over governments. It is embedding itself militarily in Syria, even trying to change the demographic balance by importing Shiite militias (and Shiite civilians ) to populate Sunni areas — something designed to prevent refugees from returning to their homes but also something likely to ensure an ongoing insurgency in Syria. Worse, Iran seems increasingly less risk-averse in Syria. It acted out of character when it chose to challenge Israel directly, and not through one of its proxies, when it flew a drone into Israeli airspace.

Israel has made clear that it cannot live with an expanding Iranian military presence in Syria, which the Israelis believe includes plans to fabricate advanced guidance systems in Syria and Lebanon for the more than 120,000 rockets Hezbollah possesses. Israel’s size and relatively small number of critical military and civilian infrastructure targets mean that it does not have the luxury of waiting if Iran makes this move. It is easy to see how a war between the Israelis and Iran/Hezbollah starts but not how it ends.

Ross is largely correct, of course. The Europeans have largely seemed to humor the Trump Administration’s efforts to find a way to toughen the JCPOA in the months since President Trump decertified Iranian compliance with the agreement, However, it seems clear that they would not go along with the United States should the President decide to pull out of the agreement altogether, which could come as early as next month. Additionally, it seems utterly clear that the other parties involved in the negotiation of the JCPOA, Russia and China, will not go along with any efforts to undermine the agreement. Given that, that the United States would be left standing out alone without any support from around the world in what would be a far more confrontational approach toward relations with the Islamic Republic. Additionally, pulling out of the deal could end up emboldening the hardliners in Iran and could cause them to use that event as an opportunity to reverse Iran’s own position on the deal and return to the pre-JCPOA era when the country’s nuclear research program was proceeding virtually unmonitored and unimpeded. The more likely probability, though, is that Iran will threaten to go down that road as a means of ensuring that the Europeans don’t reimpose sanctions that have already been lifted thanks to the agreement and to continue lifting sanctions as required under the agreement notwithstanding what the United States might do.

Ross also has a point when he brings up the issue of Iran’s expanding presence in, and influence over Syria, and what that means for potential conflict with Israel in the future. As he notes, though, pulling out of the JCPOA will make the likelihood that the United States can put together the kind of international coalition we would need to counter such a threat  to prevent the possibility of conflict between Israel and Iranian-backed elements in Lebanon and Syria or between these Iranian-backed elements and nations such as Saudi Arabia, which is already effectively at war with an Iranian proxy in Yemen will be significantly lower. Indeed, taken in context with other moves that this President has taken with regard to our allies, the only thing that withdrawing from the JCPOA will accomplish is to isolate from our allies even further.

Trump may believe that walking away from the deal makes him look tough on Tehran. It doesn’t. It ignores the real threat and gives the Iranians a win. They will know we are alone and that there will be no meaningful pressure to stop what they are doing in the region. The great irony is that one way to deal with the vulnerabilities created by the agreement and bolster our deterrence is to demonstrate to the Iranians that we will react whenever their behaviors cross the line, starting in the region. The Iran deal bought time on the nuclear issue, and now is surely not the moment to throw it away.

And yet that’s exactly what President Trump seems prepared to do.