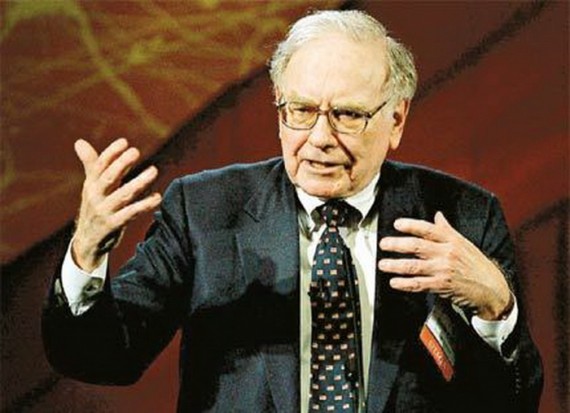 Herbert Grubel pours some cold water on Warren Buffett’s idea of taxing people like him to pay down the national debt:

Warren Buffett is known as the Sage of Omaha for a good reason: his outstanding ability to find profitable investments that took him from a small portfolio owner to one of the richest people in the world.

Recently, he used his formidable reputation to suggest in the New York Times, Financial Post and an interview with Charlie Rose on PBS that the U.S. government should raise taxes on the 400 super-rich, who in 2008 together earned $90.9 billion and paid only on average 21.5 percent of it in taxes. That is lower than the average percentage paid by most middle-income Americans.

Buffett justifies his proposal on the grounds that the present tax system is unfair, parroting the mantra of tax-addicted interventionists and socialists everywhere. He said “It will not be pretty” in response to Rose’s question about what he thinks would happen in the United States if the present unfairness continues and unemployment remains high. What does he mean? Will there be riots in the streets or the proletariat rising to shed its shackles?

Buffett correctly notes that the proposed tax increases will do little to alleviate the present fiscal problems of the United States. If taxes on the super-rich were raised so that they paid not the present 21.5 percent but 50 percent of their incomes, revenues from the top 400 earners would go up by $26 billion (one half of $90.9 billion minus the present $19.5 billion). Since this year alone, the U.S. federal deficit will be around $1.4 trillion, or $3.8 billion a day, the new revenue would cover less than seven days of deficits.

The numbers are even worse for total federal spending. In 2010, that amounted to $3.6 trillion or $9.7 billion a day. Buffett’s new taxes up against that would be gone in just 2.7 days.

So then what would be the purpose of adopting a policy idea like the one Buffett proposes? Outside of some desire to soak the rich, there really isn’t one. It’s not going to solve our fiscal problems. Only cutting spending and wholesale tax reform are going to accomplish that. More importantly, though, the truth behind the Buffett tax points out that no tax increase that concentrates merely on “the rich” is going to accomplish anything.

FILED UNDER: Deficit and Debt, Economics and Business, Quick Takes, Taxes, US Politics