Washington And A Nation Pay Tribute To George H.W. Bush 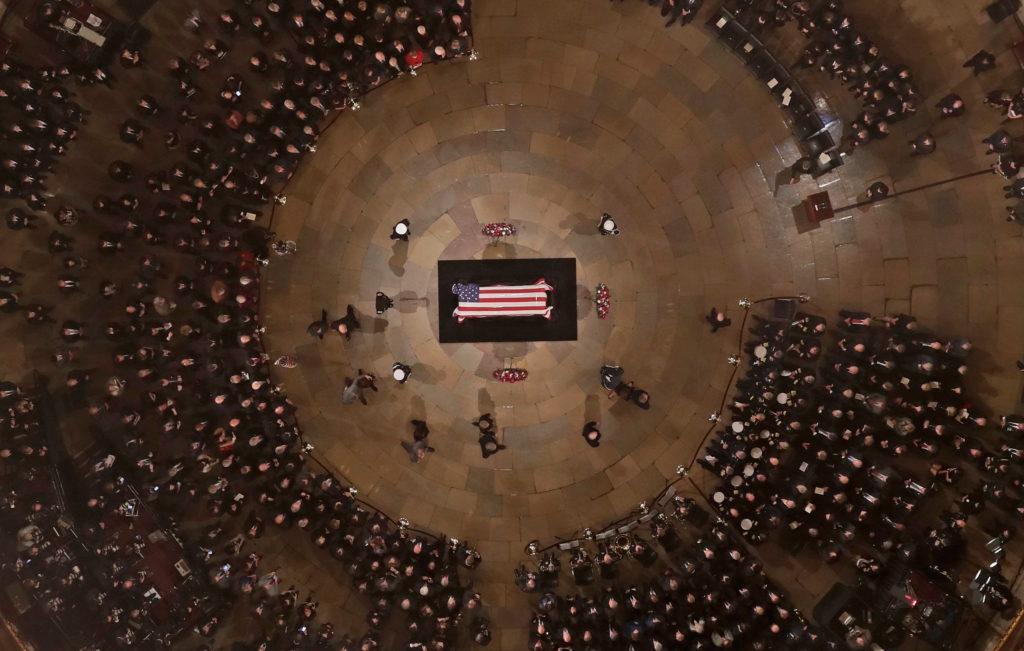 With ceremonies beginning at 10:00 a.m. today, Washington, D.C. will pay tribute to the memory of former President George Herbert Walker Bush with the first full state funeral for a former President that the nation has seen since President Gerald Ford died in 2006.

Coverage will begin at 10:00 a.m. Eastern with a departure ceremony at the U.S. Capitol Building after which Bush’s coffin will be brought to Washington National Cathedral, which of course last played host to the funeral of Senator John McCain back in August. The service is expected to begin at 11:00 a.m. Eastern and run until 12:30 p.m. At its conclusion Bush’s coffin and the Bush family will travel to Joint Base Andrews in Maryland for a departure ceremony after which one of the planes that has served as Air Force One since Bush’s Presidency will return the late President to Houston, Texas for a public viewing and second funeral service at the same church where Barbara Bush was buried from earlier this year tomorrow

The funeral service and related events will be carried by all of the major cable news networks, by C-Span, and by the broadcast networks and will also be streamed online at a variety of locations, including via YouTube and The Washington Post:

Back with a wrap-up post later today. Until then, consider this an open thread.