It was supposed to be the return of the heady days of the great Tech Industry IPOs. But, things didn't quite go as planned. 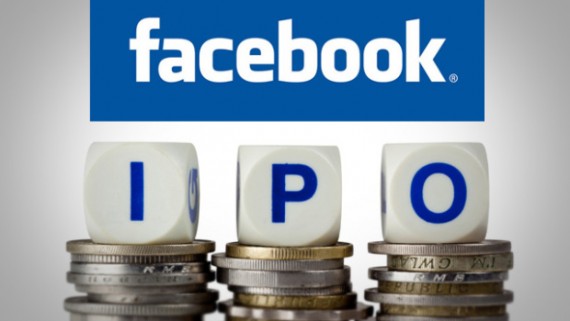 In the weeks leading up to Facebook’s long-anticipated Initial Public Offering, there was palpable excitement coming from many different sectors. On Wall Street, NASDAQ, the institutional banks, and investors and what seemed likely to be the biggest Tech IPO since Google went public. Enthusiasm for the deal was so great that white-shoe investment firms didn’t even seem to mind that Mark Zuckerberg showed up for the pre-IPO meetings in his trademark jeans-and-hoodie instead of a business suit. One week away from what ultimately become the IPO date, the initial offering price was raised to $38, with some analysts suggesting that the stock would rise to near $50 on the first day of  trading. The media was loving the road show that Zuckerberg was putting on and spent endless hours talking about how rich he and his fellow Facebook shareholders, which included people like Bono of U2 and Shawn Fanning, who first became known as the man behind the file-sharing software Napster, would become the moment the stock went public. Even the State of California got in on the game as it calculated the tax revenue likely to be generated thanks to all the Facebook millionaires and billionaires that would soon be created. It was like the heady days of the dot-com boom all over again, but with different players.

That’s not to say that there weren’t warning signs out there long before IPO Day suggesting that the optimism about Facebook was misplaced. As anyone who uses Facebook knows, the company’s main source of revenue comes from the ads that appear as users browse the site. Thanks to all the data that users share, Facebook is able to sell uniquely targeted ads, which are considered far more valuable than generic online ads. The problem is that there was already data indicating that the click-through rate on Facebook’s ads was as low as it was for the web in general, perhaps worse considering that the younger demographic that Facebook caters to has always had an aversion to online advertising. (I don’t know about any of you other Facebook users, but I have never clicked on an ad I’ve seen on Facebook)  Indeed, only a short time before IPO Day, but before the date had ultimately been announced, General Motors announced that it was discontinuing its online advertising venture with Facebook because research indicated that the ads were not a significant factor in driving customers to G.M dealerships. That was $10 million in ad revenue that Facebook would no longer be receiving. Considering that advertising constituted 85% of Facebook’s revenue in 2011, that was a fairly devastating act by one of America’s major corporations. Additionally, numerous people have pointed out that Facebook apparently has no strategy to monetize the mobile side of its site, and that numerous research showed that users would object strongly to ads showing up on the smartphones even when running Facebook’s app.

The naysayers were mostly ignored, though, and everyone marched happily toward IPO Day. The President of NASDAQ traveled all the way to Menlo Park, California where he was joined at 6:30am Pacific Time by Zuckerberg and nearly every other employee that works at the main office to watch Zuckerberg remotely ring the bell and open the trading day. In only a few short hours, after all, Facebook’s stock would officially go public.

Things didn’t exactly go as planned, though. An 11am ET official start to trading was delayed for a significant period of time, at first without any real explanation, and then it was said that NASDAQ’s systems had been unprepared for the deluge of orders, and changes to orders, that were coming in during the hours before the stock was scheduled to go public. When trading finally did begin last Friday around Noon, the story quickly transitioned from wondering how far about the IPO price shares of $FB would rise to wondering if it could stay about the $38.00 level for the day. After testing the level several times during the day, the stock ended up closing just barely above $38.00 thanks mostly to intervention by the consortium of banks who had underwritten the IPO. By Monday, it became clear that intervention was not going to continue, and the stock quickly plummeted below the $38.00 level. As of today’s close, Facebook stock stands at $32.00 per share, a decline of 15.8% from the IPO price in just 3 1/2 trading days.

It’s all left people wondering what the heck happened. Theoretically, an IPO price is supposed to be an honest evaluation of a company’s value on the open market and it’s rare that such a well known and large corporation would see its stock price fall below that price so quickly. Understandably, it’s already drawn the attention of regulators and a Senate committee, and, perhaps inevitably, there’s already been a lawsuit filed:

[W]ith lawsuits literally mounting by the hour, it seems anyone within an arms reach of this deal is going to have some serious explaining to do. While shareholder suits are commonplace and often frivolous, the problem with this grievance is that it’s grounded in populism, it’s easy to understand, it will get wide mainstream coverage, and it’s of interest to about one billion people.

As I write, shareholder suits have already been filed in New York and California. The State of Massachusetts has subpoenaed Morgan Stanley (MS), following reports that it allegedly only told a few of its best clients that its analyst was cutting his revenue outlook for the company. The entire underwriting syndicate — (GS), (JPM), (BAC), (BCS) — is being sued, as is Facebook’s newlywed CEO and several board members. In addition, the Nasdaq (NDAQ) has also been sued, and the SEC and FINRA are launching investigations. Congressional hearings and probes can’t be far off.

(I guess the only question is — will Zuckerberg wear his hoodie to the Congressional hearing?)

So, to get back to the question at hand, what the heck happened?

Well, Henry Blodget has a post up at Business Insider that paints a pretty ugly picture. Before we get to that, though, there’s the news he broke earlier today that the underwriters of the Facebook IPO had cut their forecasts for the company in the middle of the pre-IPO “roadshow.” Of course, nobody was informed of this fact. This alone may have serious legal consequences for the company and the underwriters because failure to disclose a material change in circumstances during the pre-IPO period could be a serious violation of Securities laws, and could potentially be the basis for civil fraud claims as well.  In his follow-up post, Blodget goes into far more detail about the reason the underwriters cut their forecasts:

The analysts cut their estimates because a Facebook executive who knew the business was weak told them to.

Put differently, the company basically pre-announced that its second quarter would fall short of analysts’ estimates. But it only told the underwriter analysts about this.

The information about the estimate cut was then verbally conveyed to sophisticated institutional investors who were considering buying Facebook stock, but not to smaller investors.

The estimate cut appears to have influenced the investment decisions of at least some institutional investors, dampening their appetite for Facebook stock, and crucially, affecting the price at which they were willing to buy Facebook stock.

As I described earlier, at best, this “selective disclosure” of the estimate cut is grossly unfair to investors who bought Facebook stock on the IPO (or at any time since) and didn’t know about it.

At worst, it’s a violation of securities laws.

And Michael Arrington says that there’s more to come.

In the end, it seems clear to me that at the very least what we saw here is another example of the same kind of irrational exuberance that was behind the Dot Com Bubble and the Stock Market/Real Estate Bubble that was a large contributor to the collapse that came in 2008. As sexy as it might seem at the moment, and notwithstanding the fact that it very likely does have a promising future ahead of it, there’s simply no way that Facebook was worth what it was being valued at initially, never mind some of the obviously overly optimistic forecasts that we saw during the pre-IPO period about share prices hitting $50/share on Day One. That was obviously an absurd prediction.  Of course, absurd investment predictions aren’t necessarily illegal or unethical. The problem that this entire transaction now faces is the allegation that there was material information about the company that was withheld from all but institutional investors. That’s another example of Wall Street at its worst. At the very least, this is going to lead to a long series of investigations. At worst, it’s going to lead with charges being filed against someone at some point.

One final note, I am not saying that Facebook is a doomed company. It could be the next MySpace, or it could be the next Google. If there’s anything that the last 20-odd years of the Tech business has shown us, it’s that sometimes even the most improbable ideas can lead to huge business success. Additionally, there’s no denying that Mark Zuckerberg and those that work under him have shown a singular talent for creating a site that people want to use, the only question is how they make money off that idea on a sustainable basis. However, I don’t think I was alone in being skeptical about the exuberance about Facebook finally becoming a publicly traded company, and I don’t think I’m alone in being unsurprised at how the initial roll out has been received by the people who actually have to risk their money on whether or not Mark Zuckerberg’s idea ends up being a long-term success or not.

Disclaimer: Nothing in this post is intended to be investment or legal advice of any kind, nor is it intended to create an attorney-client relationship between the author (or the site, its owner, or its other contributors) and any reader of this post. Persons interested in either legal or investment advice in connection with the issues raised herein are encouraged to consult their own investment adviser and/or attorney.