Why We Don’t Get Enough Sleep

Too regularly engage in "bedtime procrastination," creating a vicious cycle. 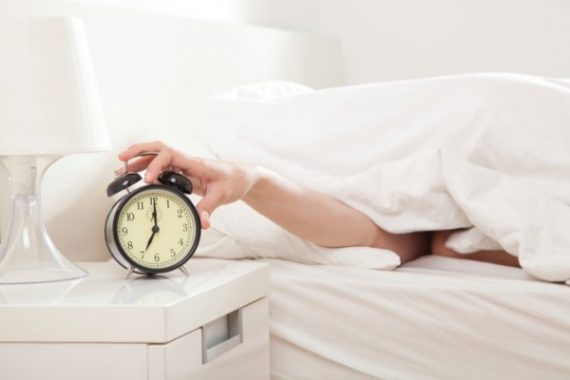 Too many Americans regularly engage in “bedtime procrastination,” putting off going to bed so long that they’re sleep deprived the next day. Betsy Morais explores the phenomenon for The New Yorker:

The name was coined by Dr. Joel Anderson, of the school’s Practical Philosophy department. “When I started using this term, everybody immediately knew what I was talking about,” he told me. The team’s initial research, published recently in the journal Frontiers of Psychology, defines the problem as “failing to go to bed at the intended time, while no external circumstances prevent a person from doing so.” Dr. Floor Kroese, who led the study, said, “Funny enough, I do not at all experience bedtime procrastination myself.” Her husband, on the other hand, will often tell her that he’s coming to bed in fifteen minutes, only to show up an hour and a half later.

“It’s a longstanding puzzle in philosophy, since Aristotle: why it is that people fail to do what they know is good for them to do,” Anderson said. “People want to improve their health; people want to go to bed on time.” Yet sleeplessness has become a public-health concern, according to the Centers for Disease Control: around fifty to seventy million American adults have some kind of sleep disorder; a third of adults are not sleeping enough hours; and only a third of high-school students are coming close to a good night’s rest. Insufficient sleep has been linked to memory problems, cardiovascular disease, obesity, and car accidents.

In another study—whose results will soon be published in Journal of Health Psychology—Kroese looked at a representative sample of twenty-four hundred and thirty-one Dutch adults, who responded to an online survey and kept a sleep diary every day for a week. The participants reported what time they wanted to go to bed, what time they actually went to bed, and, if there was a discrepancy between the two, whether that reason was outside of their control (crying baby, sick husband, waiting up for a tardy daughter) or within it (good TV). Again, her team found that a large number of people got insufficient sleep and that, as the report states, “people who have low self-regulation skills are more likely to keep watching the late night movie, or play yet another computer game despite knowing they might regret it the next morning when waking up tired.”

“When you’re in these situations, it’s sort of a foggy state, a foggy inertial state,” Anderson said. “You need to get going, you need something to get you out of that. You need a greased skid to help you.” This might be a timer that switches off your television, or an alarm on your phone—anything to switch off the illicit zombie impulse that makes you keep scrolling through Twitter under the bedcovers. “It’s not magic, but the effect is robust,” he went on. “If there’s a clear cue, and a clear plan of action lined up, then there are ways of managing yourself.”

Of course, the sort of person who is diligent about setting up these triggers likely is more disciplined about getting to bed at a regular time to begin with. As commenters at the site note, however, there are good reasons other than sheer sloth that people stay up later than they know they ought. sshoys observes,

The time between getting home from a job and going to bed is crammed with SO much stuff – make dinner, clean up, work out, catch up on some tv or reading, and, for many, more work.  And if one has kids, that list grows to include homework, playtime, bedtime and other things that take much more time than for an adult.  If you don’t get home until 5:30 or 6 and strive to go to bed by 10:30, then that’s 5 hours or less to do all of those things.  This is not procrastination, it’s the reality of our society where work/life balance barely exists.

Because oughts don’t work very well for human beings.  Because staying up late at night is often the only private time people have.  Because human bodies need to run down from the adrenalated high of the day or of TV.  Because there’s no point to going to bed when you’re not sleepy.  Because you’re a night person struggling in a stupid system which assumes everyone is a morning person.

Now, I happen to be both a morning person and one who’s unusually disciplined about sleep. I’m seldom up past 11 and usually awake by 6, even on weekends and vacations. Regardless, I’m often sufficiently sleep deprived that I fall asleep on the couch watching television before going up to bed. Given that this has coincided with having two small children who not infrequently wake me during the night, I chalk it up to fatherhood, although it’s also possibly related to getting older.

Still, I’m sympathetic to the explanations put forth by the commentators above. After spending mornings scrambling to get myself ready for work and the kids ready for school, then working during the day, then scrambling to get the kids fed, bathed, and down for the night there’s precious little time left to unwind before a 1030 bedtime.

And, yes, the “system” is not helpful. I’m luckier than most in that regard, in that my work schedule is somewhat flexible. But that comes with the downside of work—at least loosely defined—is never really done.  Even on vacation, as I happen to be at the moment, there’s much to read, digest, and write about. Many professionals and senior manager types have it much worse, in that the ever-present work demands are externally rather than internally generated, and therefore more stressful.

It can be very difficult to shut all that down and get into the proper frame of mind for sleep. Alcohol can aid in that process but, alas, can also lessen sleep quality. 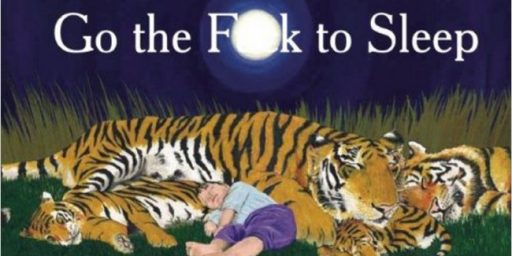