You should stop at three drinks. But you can stop there more than once. 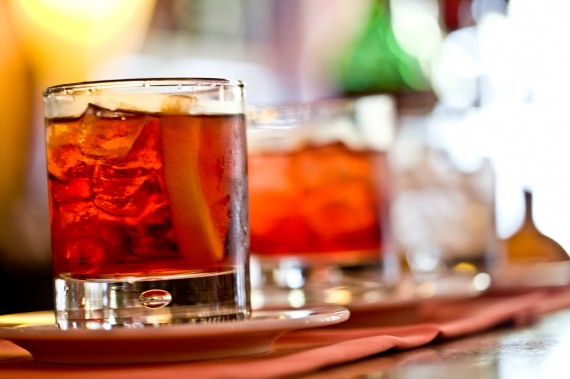 Stephen Green, your faithful VodkaPundit, offers an important message on this St. Patrick’s Day. He cites Esquire‘s Ryan D’Agostino‘s endorsement of three as the ideal number of adult libations:

Empirically, there is no better number of drinks than three. Three drinks shoves you right up to the blurry border between you and drunkenness, a line in the sand that’s been washed over by a wave — you can still see it, but barely. It’s a thrilling place to be. You’re flying, feeling it, maybe spitting out the wrong word every now and then, maybe calling your sister for no reason, but you could still operate a forklift if you really had to. You can still hit the dartboard. One fewer and you’re drinking responsibly; one more and you’re walking on your knees and suggesting everybody go for karaoke.

The important thing is, you’re having the time of your life, but there’s no danger of missing the urinal when you take a leak. You feel fantastic, your cares have dissolved, and everyone is interesting. Every conversation is both funny and important. Good ideas seem brilliant. Semi-interesting theories fascinate. Plans are made, and they sound like fun. And if at the end of the night you get in a taxi and it goes the wrong way and you’re not exactly sure where you’re headed, everything will end up okay.

Here’s where I would ordinarily cite the sage advice of the late, great alcoholic Christopher Hitchens that, “Martinis are like breasts: One is one too few, while three is one too many.” But, no, Green advises, it’s all a matter of perspective:

Pause after your third cocktail. Spend some quality time with that “water back” you ordered with good intentions, but which you’ve left untouched thus far all evening. Step outside with that one friend who still smokes and steal a few drags or maybe even a whole ciggie. Make conversation, make friends, make for the appetizer menu. You’re in the Third Cocktail Zone — enjoy it.

Let your liver do its thing and metabolize some of that alcohol you pounded down over the last hour or so. Let your BA count, count down a few tenths. Then, and only then, do you order your fourth cocktail.

Now perhaps “second third cocktail” sounds to you like the kind of notion only a serious drinker, maybe even an incipient alcoholic, would come up with. And maybe you’re right, but I find it’s a vital distinction from “fourth cocktail,” which we can all agree really is nothing but trouble.

Your second third cocktail isn’t a point of no return — it’s an extension of that “thrilling place to be.” The second third cocktail doesn’t come easy — I was aiming for just that and overshooting it for years and years before I finally got good at hitting it. Youth and inexperience have lead many, perhaps millions, to going over the edge to the fourth cocktail when what they really wanted and needed was a second third.

As the longer discussion at the link makes clear, this mathematical principle can actually be extended to higher orders of third drinkedness. The bottom line is that you should definitely stop at three drinks. But you can stop there more than once.