Democrats in South Carolina seem to think they have a shot at beating Lindsey Graham in 2020. I wouldn't be so sure of that. 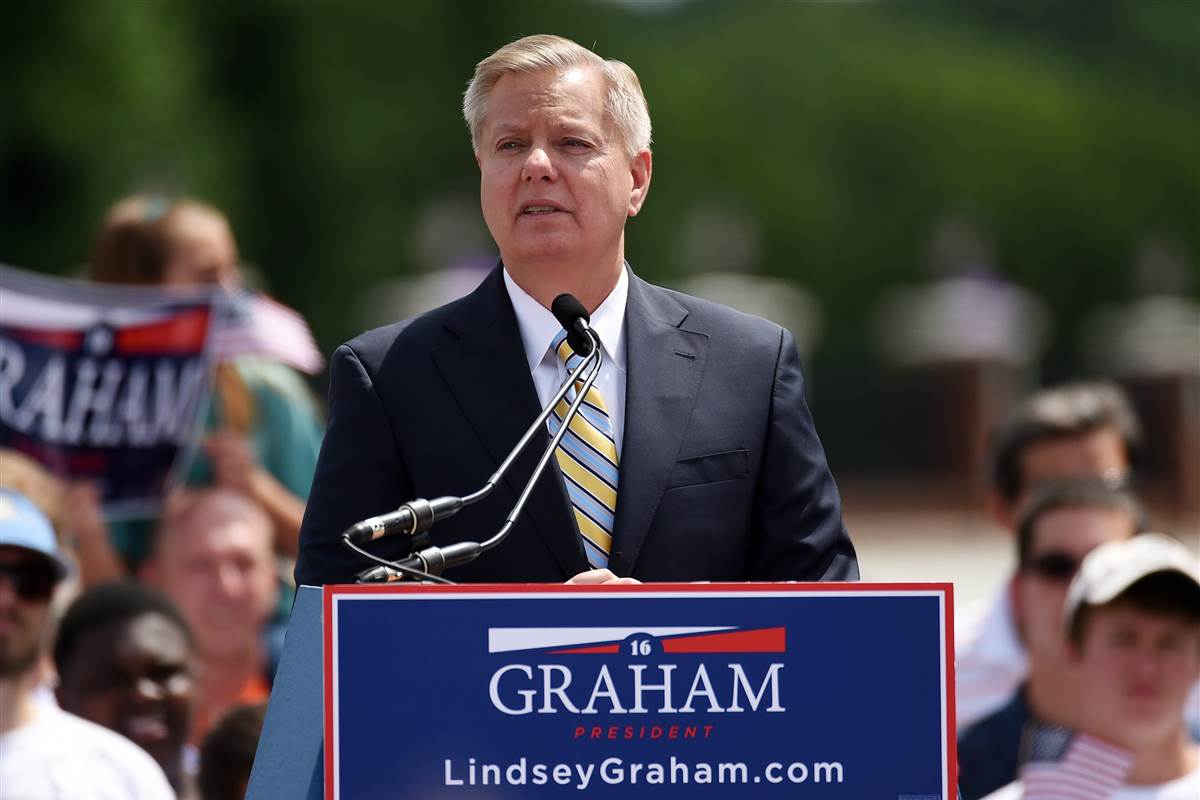 Democrats in South Carolina seem to think they have a chance of defeating Lindsey Graham in 2020:

Sen. Lindsey Graham’s emergence as President Trump’s horse whisperer has likely helped cement his position among South Carolina Republicans — but Democrats say it’s created an opening for them to take his seat in 2020.

It would be a stunning upset in a solidly red state, where Mr. Graham won last time with 55 percent of the vote.

But Democrats say the senator appears to be grasping at Mr. Trump’s coattails in a bid for attention that has undercut his reputation as a maverick and could potentially cost him the support of crossover Democrats and middle-of-the-road independents.

“To me, it just comes across that [what’s] most important for Lindsey is not his role as senator,” said Jaime Harrison, former chairman of the state Democratic Party and a likely Graham challenger. “It is whether he is in the mix, whether there is a microphone or TV camera there. For Lindsey, that is what it means to be relevant.”

Others see Mr. Graham’s bond with the president in more nuanced light, saying he’s been an equal-opportunity enrager over his career.

“There is an almost schizophrenic way that Lindsey Graham has handled his politics in recent years,” said Charlie Cook, of the Cook Political Report. “Watching Graham is like watching a sailboat tacking first to port, then to starboard, then to port then back to starboard, repeating again and again.”

Mr. Harrison, who has been encouraged to run by Senate Minority Leader Charles E. Schumer, said the key to defeating Mr. Graham is to win over the independents, conservative Democrats and moderate Republicans who held their noses while voting for Mr. Trump.

Mr. Graham welcomes the possible fight with Mr. Harrison, saying that matchup would offer voters a choice of candidates with clear differences on issues like the confirmation of Supreme Court Justice Brett M. Kavanaugh.

“Here’s the deal,” Mr. Graham told The Times. “He thinks that what I did in Kavanaugh was bad, I think it was good.”

“I voted for Democratic nominees, and I never thought of doing to them what they did to Kavanaugh, and I think most South Carolinians are going to see it the way I do, and we should all want our president to be successful,” the GOP senator said.

Of all the political evolutions that have taken place in Washington in recent years, there have been few quite like that of Lindsey Graham. When he was running for President in 2016, Graham was front and center among Trump’s chief critics. Seldom was there a campaign speech or debate where Graham didn’t feel free to unload on the real estate developer from New York both on policy and personal grounds. During the race for the Republican nomination in 2016, Graham was among the harshest critics of the President, and it seemed like he was on course to become a harsh critic of the Presidents in the Senate notwithstanding the fact that he’s a Republican. After Trump attacked the late Senator John McCain, who was a close friend of Graham’s in the Senate, Graham called Trump “a jackass,” a move that led Trump to give out Graham’s cell phone number on live television during a campaign rally. Later in the campaign, Graham said that Trump’s stance on immigration and his support for a border wall were “building a wall” between the Republican Party and Latino voters that would harm Republicans in the long run. In early December 2015, Graham attacked Trump’s position on the war against ISIS, saying that Trump’s course of action, if followed through, would ’empower the enemy.’  In response to then-candidate Trump’s proposed ban on travel from Muslim countries, Graham said of Trump; ”He’s a race-baiting, xenophobic religious bigot. He doesn’t represent my party. He doesn’t represent the values that the men and women who wear the uniform are fighting for… He’s the ISIL man of the year.”  Even at the end of December 2015, when Graham finally dropped out of the race for President, he made his disdain for his fellow candidate clear when he said:

“I never went down the demagoguery trail,” he said Monday morning, in a shot at Trump. “I didn’t get into this campaign to run other people down, and to bring out the worst in who we are as a party or a country. I think what makes America great is our tolerance for each other and the fact that we respect people who are different. That’s so different than our enemies.”

As with many Republicans, all of that changed once Donald Trump became President. Slowly but surely, and most noticeably since the death of Senator John McCain, Graham has gone from frequent Trump critic to nearly completely obsequious Trump sycophant. With the exception of some issues such as the President’s decision to withdraw troops from Syria, Graham has become one of the President’s biggest cheerleaders in the Senate. This became most apparent during the confirmation hearings for Justice Brett Kavanaugh and the President’s declaration of an emergency on the southern border as a means to get his wall funded. It’s the kind of transformation that has caused some to wonder if Graham was being blackmailed with sensitive personal information.

In reality, this shift on Graham’s part is identical to the way he’s behaved in the past, especially when he’s facing re-election as he is in 2020. The most likely explanation is that Graham is protecting his political position at home in South Carolina, especially among the state’s Republican base which tends to be very conservative and has often viewed Graham with suspicion. In this regard, it’s worth noting that President Trump won South Carolina in 2016 by more than 300,000 votes and 14 percentage points and that the Palmetto State is one of a handful of states where his job approval is actually positive. Graham, I would argue, is responding to this by moving to the right in an effort to block a serious challenge from the right in the primary, which is realistically the only way that he could lose his seat in 2020. He did the same thing during the run-up to the 2014 campaign and, as a result, was able to dissuade a strong Tea Party-backed candidate from rising up against him. This time, surviving in a Republican primary means supporting the President enthusiastically, so that’s exactly what Graham is going. It’s cynical and purely political, of course, but it’s also quite easy to understand.

As for whether or not the Democrats have any chance at unseating Graham in 2020, I’d put those odds at somewhere between slim and none. As I noted above, the President won South Carolina decisively in 2016 and he’s most likely going to do the same in 2020, especially since The Palmetto State is one of the states where the President remains immensely popular notwithstanding his national job approval numbers. Additionally, it’s worth noting that when Graham last ran for re-election in 2014, he beat his Democratic opponent by more than fifteen percentage points, and that was in a year when there wasn’t a Presidential candidate on the ballot to provide some coattails. There are several states that will be competitive at both the Presidential and Senate levels next year, but South Carolina is not going to be one of them. Democrats would be well-advised to not dream of winning this race and concentrate their resources in states where they might actually have a chance at flipping a seat. 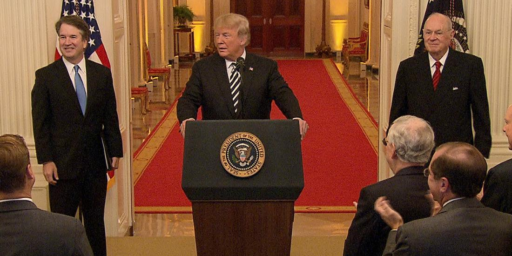