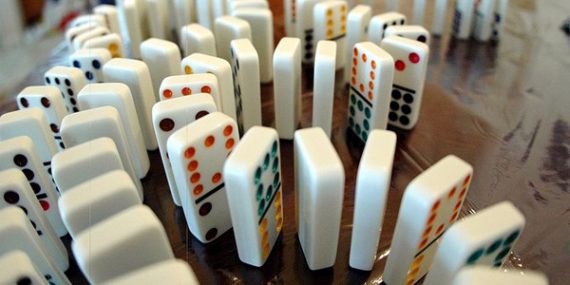 The Atlantic’s Molly Ball makes an interesting observation about the 2012 Republican nominating process: With Florida moving to near the beginning, the slate for February is now all but empty.

The effect on the race for the Republican nomination could be major. It means that even if one candidate accomplishes a clean sweep of the early states — Iowa, New Hampshire, Nevada, South Carolina and now Florida — that will be followed not by a flood of simultaneous primaries that seal the nomination, but rather a momentum-killing dead zone that gives challengers time to rearm.

Assuming those five states have all voted by Jan. 31, they’ll be followed by a February that’s virtually devoid of primaries.

There are caucuses in Colorado, Maine and Minnesota on Feb. 7 — and then nothing until Feb. 28, when Arizona and Michigan are scheduled to hold primaries. Super Tuesday, when 12 states are scheduled to vote, isn’t until March 6.

“I think the ‘Florida will prove decisive’ angle is being overplayed in the wake of their move last week,” said Josh Putnam, a Davidson College professor who closely tracks primary calendar developments on his Frontloading HQ blog.

“Florida won’t be the contest to propel a candidate or the race into Super Tuesday. It will send the contest into a relatively barren February,” Putnam said. By contrast, within a week of 2008’s late-January Florida primary, more than 20 states had held primaries.

This is an interesting point and one that pushes back on my sense that Mitt Romney’s nomination is all but inevitable. If Rick Perry doesn’t mount a comeback and Herman Cain–or somebody else–doesn’t make a surprise showing in Iowa or South Carolina, there will be a long dead period in the race for everyone to rally around an Anybody But Romney candidate.

Still, I’m not sure why that candidate will come from. Stacy McCain is predicting a Rick Santorum revival, but I just can’t wrap my head around a guy who lost by 20-odd points in his bid to keep his Senate seat is going to inspire a national following. And, as I told Steve Clemons in response to his suggestion that Perry take a page out of Marco Rubio’s book, “Rick Perry is 61 and 11-year governor. If he’s not smart, informed, and fast on his feet by now he ain’t gonna get that way.”

But a month-long break between Florida and the next meaningful contest is yet another wrinkle that will make this contest unlike any we’ve seen before.