A 29 year old woman will end her life in less than a month. That should be her choice. 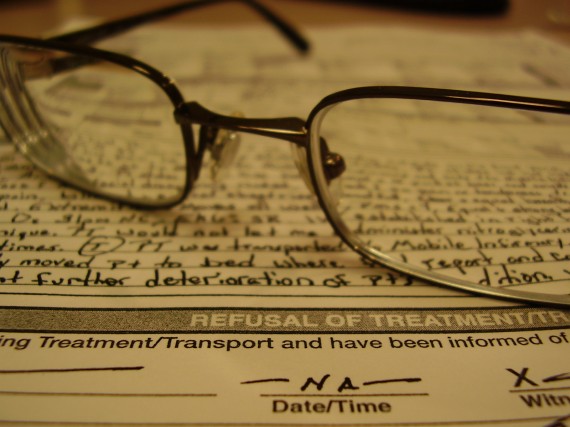 A 29 year old Oregon woman has chosen the day she’s going to die, and it’s reopening the debate over the rights of terminally ill patients to end their lives with dignity:

If everything goes as planned in her life, 29-year-old Brittany Maynard’s death will occur on Saturday Nov. 1 — in her bed, on an upper floor of her Portland, Oregon home, with cherished music filling the room.

Lately, though, nothing in Maynard’s life has flowed like she once dreamed — no children with her newlywed husband, no more time. She has brain cancer, grade 4 glioblastoma. In April, a doctor told her she had six months to live.

Now, Maynard has embarked on a rare farewell bathed in politics and poignancy — all painstakingly organized and openly shared, she said, in a bid to help to change laws for dying Americans who feel they are forced to endure the full, gruesome descent of a terminal illness.

Maynard made three choices that are elevating her final days to viral immortality. She moved with her husband, Dan, from San Francisco to Oregon — one of five states where doctors can legally prescribe life-ending drugs to the dying. She obtained the two bottles of lethal pills and selected the precise moment, place, guests and soundtrack for her last breaths. And she posted the reasons for all this in a video that, as of Wednesday night, had received more than 3.5 million views.

“I can’t even tell you the amount of relief that it provides me to know that I don’t have to die the way that it’s been described to me that my brain tumor would take me on its own,” Maynard says in the video. “…I hope to pass in peace. The reason to consider life, and what’s of value is, to make sure you’re not missing out.

“Seize the day. What’s important to you? What do you care about? What matters? Pursue that. Forget the rest,” she says.

“Death with dignity,” her husband adds on the video, “allows for people who are in the predicament of facing a lot of suffering that they can decide when enough is enough.”

Advocates in the “death-with-dignity” cause — a decades-long push to give more Americans access to legal, end-of-life options — view Maynard’s crusade as “a tipping point.” They assert she seems to be engaging scores of younger people who likely never mulled this tortuous issue, typically faced by older folks.

“This movement is gaining traction by the hour,” said Barbara Coombs Lee, president of Compassion & Choices, a national nonprofit dedicated to expanding the rights of the terminally ill. “You have had Stephen Hawking saying, ‘I want this option,’ and Desmond Tutu saying he is devoting the last years to death with dignity. Then, suddenly, here’s this thing with Brittany, and you say: ‘It’s really happening. The tide has turned.'”

“She resonates because we were all once 29. A lot of us remember when we were starting our families. And a lot of us have lost a loved one to a brutal disease,” Coombs said. “She is aware of the injustice that she had to uproot herself, her family, her home and establish a new home as a legitimate Oregon resident in order to qualify” to get the fast-acting drugs that, when swallowed, will caused her to fall asleep, depress her breathing, and end her life.

An attorney and former ER and ICU nurse, Coombs Lee coauthored Oregon’s Death with Dignity Act, on the books since 1997. In the ensuing years, more than 1,170 Oregon residents have obtained end-of-life prescriptions under the law, and more than 750 people have used them, according to Oregon state health records.

But Oregon ranks among the states with the highest “suicide rates,” said Jennifer Popik, legislative counsel for the National Right to Life Committee, which calls each of those deaths “a preventable tragedy.”

“While the case of Brittany Maynard is tragic, the fact of the matter is that in the states where doctor-prescribed suicide is legal and records are kept, most people seek suicide not because they are experiencing pain from illness, but because they feel like they are becoming a burden or losing autonomy,” Popik said.

“States that have laws legalizing doctor-prescribed suicide are turning their backs on vulnerable populations of people who are either depressed or worried about what their future holds,” she added. “… These laws do not offer a patient ‘dignity’ but only abandonment from health care workers and family who are supposed to care for patients and loved ones in these dire times.”

Maynard’s case is attention grabbing, of course, because it doesn’t fall into the typical category of the terminally ill person who, absent the choices that Oregon law gives to her, would otherwise be facing a future where she will waste away and suffer until they die, typically doped up on morphine and other painkillers. Instead she’s young, seemingly healthy looking to outside observers, and arguably a textbook case for the kind of person who should be “fighting” their cancer rather than looking forward to an end that is now less than a month away. It strikes me, however, that her case is the perfect example of what this issue is really all about. In the end, we are talking about the right of an individual who is faced with a terminal illness to end their life on their own terms rather than to follow the supposedly acceptable course of allowing themselves to be pumped full of endless amounts of drugs that don’t end up working and just make an already painful situation, for the patient and their loved ones, even worse. Then, when the end comes and its obvious that further treatments won’t work, the only option modern medicine gives people is to suffer away until the end, with their body pumped so full of painkillers that they are barely aware of what’s going on around them. Is it really any surprise that someone would want to avoid this fate when presented with their options beforehand?

This isn’t an easy issue, of course, and it’s not one that should be treated flippantly by either side. For one thing, a terminal diagnosis is not always, well, terminal. People who have been diagnosed with terminal cancers or other diseases sometimes recover, and many of those who recover go on to lead reasonably normal lives. Additionally, there are legitimate concerns about people who are in this condition being unduly pressured by family members, health care providers, insurance companies, or government policy to make the decision to end treatment or take affirmative steps to end their life. This is why laws regarding this matter need to be carefully written and, more importantly, why end of life care is something that people ought to pre-plan for in the form of what are popularly known as “Living Wills” but are usually actually called Advance Medical Directives. Additionally, these are decisions that should not be undertaken lightly and, ideally, with the support and advice of friends and family, which Maynard clearly seems to have done in this case. Ultimately, though, it is a choice that can only properly be made by the individual involved, and the opinions of others outside of family members are neither relevant nor helpful in cases such as this.

The default position on this issue really ought to be the individual choice of the person who is actually afflicted with a terminal condition. Some will argue that allowing people to make this choice will have implications for “society,” such as the supposed dignity of life and, has even been suggested to me in some discussions on this issue, the value that continued medical treatment on someone in this condition could have for others. In the end, though, “society” is nothing more than just a collection of individuals and it has no rights above those of the individual, especially in a situation such as this. Additionally, as I’ve said before, anyone who has had a family member or loved one in this situation is well aware just how painful the suffering can be just to watch, and how personal a decision the question of whether or not to continue further treatment can actually be. The same, obviously, would be true of the kind of affirmative decision that Maynard is making in this case. The idea that how to proceed should be anything other than an individual choice, then, is nothing other than a tremendous affront on the entire idea of individual autonomy and liberty.

Not everyone will make the choice that Brittany Maynard is making, and many people will say that she’s making the wrong choice and that she is far too young to give up so easily. However, in the end, it is her choice to make and I don’t see how anyone can claim to have the right to prevent her from making it.