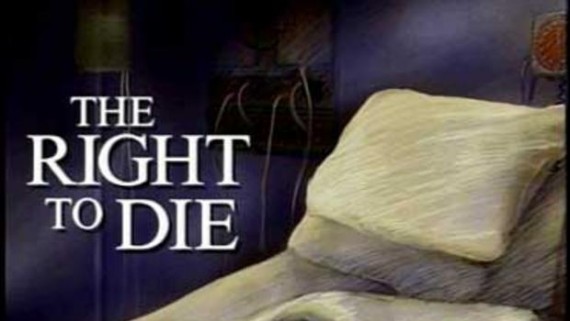 California Governor Jerry Brown has signed a bill legalizing physician assisted suicide in the California, making the nation’s most populated state the fifth to establish a mechanism to allow terminally ill patients to end their lives:

LOS ANGELES — California will become the fifth state to allow doctors to prescribe life-ending drugs to terminally ill patients, after Gov. Jerry Brown signed the measure into law on Monday, ending his months of silence on one of the most emotional issues in the state this year.

In an unusually personal signing message, the governor, a former Jesuit seminarian, signaled how torn he was by the issue.

“I do not know what I would do if I were dying in prolonged and excruciating pain,” he wrote. “I am certain, however, that it would be a comfort to be able to consider the options afforded by this bill. And I wouldn’t deny that right to others.”

Oregon has allowed what opponents call “assisted suicide” and supporters term “aid in dying” since 1997, and, after a Supreme Court ruling in 2006 that affirmed the law, Washington, Montana and Vermont have also approved the practice.

Opponents have long raised concerns that ill and disabled people could be coerced into choosing death over more care, which can be expensive and burdensome. The Catholic Church, which considers suicide a sin, also helped lead opposition.

Dr. Aaron Kheriaty, director of the medical ethics program at the University of California, Irvine, School of Medicine, said he expected a number of hospitals would refuse to offer life-ending drugs, to preserve their own reputations and relationships with patients.

“I worry about what this is going to do to the perception of medicine,” he said. “I think you’re going to see more and more mistrust of medical professional by patients worried about what will happen if they enroll in end-of-life care.”

Past efforts to allow doctors to help patients end their lives in California had failed. But this year, support for more end-of-life choices was galvanized around the country by the case of Brittany Maynard, 29, a Bay Area woman who received a diagnosis of terminal brain cancer. Before she died last November, Ms. Maynard became a spokeswoman for the “death with dignity” movement, moving her family to Oregon so she could die on her own terms, and drawing national attention to her cause.

In 2014, four states considered bills to allow physicians to help terminally ill patients end their lives; this year, that number increased to 24 states plus the District of Columbia, according to Compassion and Choices, a group that supported the law.

Mickey MacIntyre, the chief program officer for Compassion and Choices, said he hoped passage in California would spur other states to pass similar measures.

“California will provide some momentum and space for legislators to see that they can enact laws that are popular, supported by law, and bring relief to those who need it at the ends of their lives,” he said.

The California legislature had passed this bill last month, but it was unclear at the time whether Governor Brown would sign it into law. Among other things, the fact that he had previously expressed concerns about using the somewhat abbreviated procedures of a special session of the legislature to consider the bill rather than the normal legislative process. Additionally, though, Brown had not really spoken out about the issue in the past so it was unclear exactly where he stood on the question of a patient’s right to end their life when suffering from a terminal illness. The fact that Brown took nearly all of time allotted under California law to allow him to consider the bill before signing or vetoing suggests that it wasn’t an easy decision for him. In that case, I suppose that Governor Brown deserves some credit for making the right decision here. In addition to the simple compassion involved in a situation like this, allowing people to make choices regarding their end-of-life situation for themselves is a real step forward for individual liberty. Contrary to the fears of critics, there is nothing about laws such as this that make assisted suicide mandatory. Instead, people are being given the right to decide for themselves how to deal with a situation for which there is really only one ultimate end, and someone who doesn’t wish to put themselves or their family through the trauma of pointless long-term suffering should be free to do so. Obviously, there are some concerns that this practice raises, but as we’ve seen in states like Oregon there are mechanisms that can be put in place to ensure that the decision is not being made lightly and that patients are not being pressured into making decisions they don’t want to make. As a broad principle, though, the fear of abuse in and of itself should not be an excuse to deny to others the right to make this ultimate decision about their life.

Politically, Governor Brown’s decision to sign this bill into law could have implications across the country. Outside of four states, efforts to legalize physician assisted suicide have proven to be difficult and the battles in state legislatures have been emotional. With the nation’s most populated state coming down decidedly in favor of a right to die, we could see the beginning of more victories for advocates of similar legislation across the country. To some degree, of course, this battle took on new prominence with the case of of Brittney Maynard, a young woman diagnosed with a fatal brain tumor who brought the issue to public attention with her announcement last year that she would end her life at the end of October 2014, a decision she ultimately followed through with. The Maynard case brought a new round of debate on an issue that has been in the public consciousness many times over the past forty years or so. By and large, polling has shown that the public supports a patient’s right to die, but a Gallup poll in the wake of the Maynard case showed that support for the idea had shot up higher than it had ever been in the 20 years that Gallup has polled the issue. Whether the fact that California has now put its very substantial thumb on the scale in favor of the right to die gives the issue momentum in other states, though, remains to be seen.