A Quote to Ponder (Partisanship and Governance Edition)

A bit of musing on parties, elections, and governance, 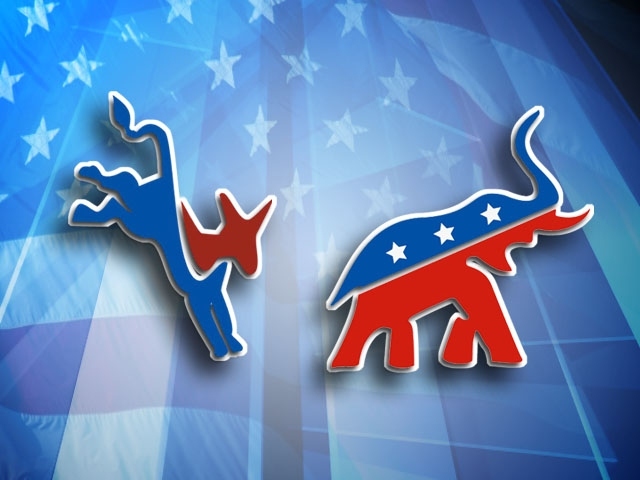 The discussion that I was getting at in my post this morning (as well as my general attitude towards our government, its institutions, and the parties that vie to control them) made me think of the following quotation by mathematician Henry Droop:

As every representative is elected to represent one of these two parties, the nation, as represented in the assembly, appears to consist only of these two parties, each bent on carrying out its own programme. But, in fact, a large proportion of the electors who vote for the candidates of the one party or the other really care much more about the country being honestly and wisely governed than about the particular points at issue between the two parties; and if this moderate non-partisan section of the electors had their separate representatives in the assembly, they would be able to mediate between the opposing parties and prevent the one party from pushing their advantage too far, and the other from prolonging a factious opposition. With majority voting they can only intervene at general elections, and even then cannot punish one party for excessive partisanship, without giving a lease of uncontrolled power to their rivals.

Speaking for myself, I clearly moved out of a partisan identity some time ago into the realm of one who “care[s] much more about the country being honestly and wisely governed than about the particular points at issue between the two parties.” Not, by the way, that I don’t have various opinions on those points at issue.  As such, my frustration with Republicans especially (as readers will, no doubt have noticed in recent years) has been based in the fact that I am utterly unconvinced of their general interest in governance.  The Hagel nomination is a recent good example of this.  On a larger scale, I would throw in:  the ridiculous debt ceiling debate, the creation of the Fiscal Cliff, as well as the sequester.

More generically (or, perhaps, more philosophically), the binary choices we have in our elections is increasingly maddening to me, because at the end of the day there are only two viable choices (although, yes, there are third party options as well).  Now, in some contests, an obvious better candidate is on the ballot, and one can cast a positive vote in that direction.  However, more likely than not, one has to decide to double down on a team, or to vote to punish the party that one find the most in need of punishing (I suppose those two choices are not mutually exclusive).  One can also opt to go third party and either be a) hoping to build for the future, or b) simply acknowledge that one is casting a protest vote.  While in many ways I am all for option “a” the truth is that the structure of our electoral system means that “b” is reality for the foreseeable future (party system change in our system comes, I am increasing convinced, via primaries, not third party challenges, and hence the long-term solidification of strict bipartism in the US).

And yes:  I am down on our national institutions today in my writings, and in my thinking for a while now, because they are not producing the results we think that they are (e.g., competitive, democratic outcomes that reflect public sentiments, even if filtered through federalism*).  I do not expect any of it to change, by the way, but am utterly convinced that we (all of us) need to understand, for good or ill (and opinions will vary) as to effects of our institutions on our politics.  I am, of course, swimming well upstream here, as the general popular discourse runs in the direction of the Framers as demigods who created near perfection.

Source of the above: a page over at Matthew Shugart’s blog, Fruits and Votes (which has more info on Droop, if one is so inclined).

*That is, lest the charge be made, I am not assuming anyone thinks we are going to have, or currently have, pure majority rule.  Still, when one party can get more votes nationally, and still not control the legislature, this is a problem of representation, especially when so many districts are non-competitive and the Senate is also construed in a way that not only guarantees there can be no national majority rule (because all states are co-equal) but also because of the filibuster.