Unless you paid close attention, you probably missed most of the coverage of the war in Afghanistan in 2010. 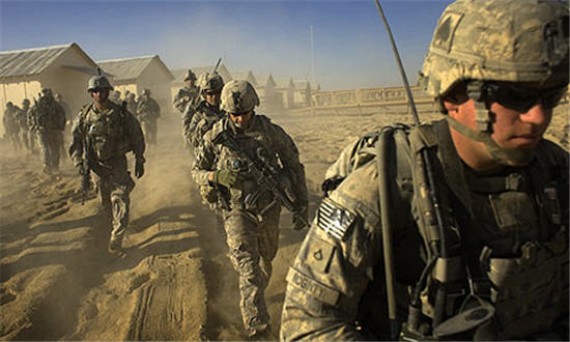 It’s been noted here in the past how little attention the nine year-old war in Afghanistan has received. It was barely an issue in the election campaign, for example, and only seems to garner front page attention when something controversial happens, like the dustup earlier this year over the remarks by General Stanley McChrystal, or the revelations that came out from Wikileaks shortly thereafter. According to a new study, though, the extent to which what is now the second longest war in American history is not part of the public consciousness probably has a lot to do with the fact that it receives almost no coverage from the American media:

The grueling war there, where a day rarely goes by without an allied casualty, is like a faint heartbeat, accounting for just 4 percent of the nation’s news coverage in major outlets through early December, according to a study by the Project for Excellence in Journalism, an arm of the Pew Research Center.

That is down slightly from last year, when the war accounted for 5 percent.

“It’s never passed the threshold to be a big story week in, week out for Americans,” said Mark Jurkowitz, the associate director of the project.

One senior foreign correspondent for television, when told of the 4 percent coverage figure, said he was impressed — given the relatively small contingent of foreign journalists in Afghanistan.

“There are like seven of us there,” remarked the correspondent, who spoke only on the condition of anonymity because he did not want to call into question his network’s commitment to the war. Those who are there have done courageous work, exposing corruption and documenting military progress in rooting out insurgents.

As bad as those numbers are, they are actually better than they have been in recent years:

The study started in 2007. In that year, Afghanistan — which was a relatively low-grade conflict at the time, with many fewer allied causalities — accounted for only 1 percent of the nation’s news coverage. The same held true in 2008. The coverage picked up markedly at the end of 2009, when Mr. Obama conducted a lengthy review of Afghanistan strategy, but still added up to only 5 percent for the year.

Four or 5 percent “may be the baseline, at least for now, no matter what the strategic stakes are, or even as U.S. involvement ratchets up,” Mr. Jurkowitz said.

This year, Mr. Jurkowitz estimated, roughly half of the coverage of Afghanistan actually emanated from the war zone. That suggests that “without a major Washington policy debate or strategy review ongoing, that Afghanistan remains a story that gets modest coverage,” he said.

As the article notes, there are a variety of reasons for the seemingly bizarre fact that a war for which there are now over 100,000 American troops deployed receives so little coverage from the media. Partly, it’s a reflection of the fact that media companies and newspapers have cut back their foreign reporting budgets over the past several years and sending reporters to Afghanistan costs even more than sending them to, say, Paris simply because of the logistical costs involved. Those costs undoubtedly increase if the reporters you’re sending venture beyond the confines of Kabul to the areas where the war is actually being fought. Of  course, there’s nothing glamorous about this kind of assignment, which is likely one reason you see far fewer reporters on the ground in Afghanistan than you did during the height of the Iraq war. Finally, the truth of the matter seems to be that the American people don’t want to hear about the war all that much. Recent polls indicate that a majority of Americans don’t believe that the war can be won, and don’t want to keep American troops there any longer. With that kind of attitude, and no grassroots anti-war movement to speak of, it’s not surprising that people aren’t all that interested in war news.

While it’s understandable, though, this willful public ignorance about the war, and the media’s resulting decision not to devote much time to war coverage strikes me as just a little big dangerous. It’s never a good thing in a democracy for the citizens to ignore what the government is doing in their name and, in Afghanistan, our government is engaging in a war policy that not only doesn’t appear to be working, but which could have consequences down the road in the form of blowback, or destabilization in the only Muslim nation to possess nuclear weapons. The press is dropping the ball here, and we may come to regret it in the future. 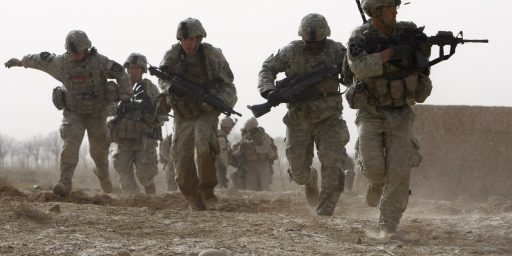 2,000 Deaths Later, Americans Have Put Afghanistan Behind Them